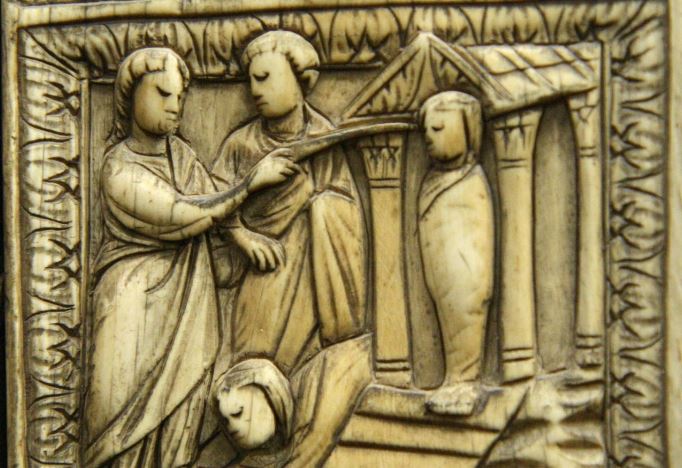 Do we ask too little of our people?

I ask that question with no small amount of trepidation. The churches of the Reformation, after all, have found their center of gravity and indeed reason for being by announcing that God provides all that is necessary for life and accomplishes all that is necessary for our salvation. We are justified not by our works, words, or actions but by God’s grace and activity alone. For this reason, we have often been cautious about what we ask of our people, not wanting to give the impression that what they do can earn God’s favor or, for that matter, that what they do not do can lose it.

Yet while I firmly believe that theology, I also wonder if we have interpreted and shared it correctly. After all, it strikes me as rather ridiculous to imagine that God doesn’t want us to do anything. The whole of the law specifies what we are to do for our neighbor and the world. The point of the Reformation is not that we aren’t called to do anything — or, worse, that we are called to do nothing! — but rather that we do not enjoy God’s favor and future based on our actions. We are therefore free to throw ourselves into caring for our neighbor and creation, responding to the needs around us, seeking to help those who are hurting simply because we know we already enjoy God’s promise of life now and into the future.

All of these thoughts came to mind when I read this week’s lengthy story from John about the raising of Lazarus, particularly at two points in the narrative. First, when Martha questions Jesus about his delayed arrival and Jesus assures her, in turn, that her brother will rise again, Martha answers with an assertion about the resurrection at the last day. It is, by all accounts, absolutely the right religious response. And yet Jesus seems not quite satisfied, or perhaps more, seeks to extend Martha’s answer so that it reaches not only forward into the distant future but backward into the immediate and concrete present. “I am the resurrection,” Jesus says, “and the life.” The import and consequences of Jesus’ life, death, resurrection and ascension (and these are not separate things in John’s Gospel, but rather represent the full sweep of God’s redemptive activity) have immediate implications.

So also the promises of God we announce are not only about life eternal with God or even about God’s forgiveness at the last day. Rather, the Gospel should make a tangible difference now, make things possible now, open up opportunities and options now, transform relationships now. The promises of God are present tense, not just future.

The promises of God are present tense, not just future.

Second, I think it’s significant that after Jesus calls Lazarus by name to come out, and even after Lazarus does indeed hear Jesus’ voice and come out (note the similarity of action to Jesus’ promises in the previous chapter), the miracle — or, in John, sign — is not over. For after commanding Lazarus to come out of the tomb, Jesus then turns and issues a command to the waiting crowd as well: “unbind him and let him go.” The community, in other words, is commanded to participate in God’s action, to bring it to its desired end and outcome, to join in completing God’s redemptive act.

Isn’t that astounding when you think about it? That the community of faith gathered around Lazarus is invited to participate in God’s redemptive work? Yes, the raising of Lazarus from death to new life is entirely Jesus’ work, and yet Jesus invites the community to participate; that is, to do something, something essential and meaningful and important.

Earlier this week I received an email from a group called “newAnthropy” that seeks to foster generosity and community action. My attention was immediately grabbed by the lead questions it posed:

What struck me was that while reading this email was that I neither felt that what they were asking was too big or that I would somehow earn my salvation (or anything else for that matter) by responding to their challenge to be more generous, committed, and active. Just the reverse. I felt inspired and empowered to live into the freedom that I know is ours through Christ.

So back to my original question: do we ask too little of our people? Have we failed to encourage them to dream God’s dreams and live into God’s plans? In little ways and big, God is inviting us to make a difference in this world right here, right now. God, in other words, is beckoning us to claim Christ’s resurrection power now by participating in and completing the fantastic work God is doing all over the place.

In light of this, Working Preacher, what if this Sunday we asked our people to spend a few moments looking at the week to come — both the challenges and opportunities — and invite them to think about where they might claim God’s resurrection promise and power now, making a difference in someone’s life now, giving themselves to a worthy cause or purpose now. It doesn’t have to be huge (though it might be). It doesn’t have to take a long time (although it might). It doesn’t have to be spectacular (though, who knows, maybe it will be). Opportunities to unbind and let go abound, but we need to look for them so that we might hear Jesus calling us by name to make a difference to those around us.

You’ll know how best to do this — whether writing something out, or asking people to pull out their calendars, or inviting them to talk with each other, etc. — is the best way to go. For now I just want to encourage you to invite people to claim their faith as a present-tense invitation to live their promised salvation now. Why? Because Jesus is the resurrection and the life and has promised to give us, not just more life, but life in all its abundance.

Along those lines, just one more thought. While we call this scene “the raising of Lazarus,” it’s striking to realize that the actual sign Jesus performs takes up just two verses of the forty-five of this story. Maybe that’s because, as is typical of John’s Gospel, what matters most isn’t the sign, but rather Jesus’ interpretation of it and our response to it. Lazarus will die again, but the community empowered to unbind and set loose will endure. Indeed, it has endured, persisting through the centuries in works of courage and mercy, right down into the congregation you will address this Sunday.

Thank you for continuing to announce the good news, Working Preacher, that God both takes responsibility for our redemption and simultaneously invites us to live into and through that redemption to make a difference even here, even now, all by grace alone. Blessings on your life, ministry, and proclamation this week and always.