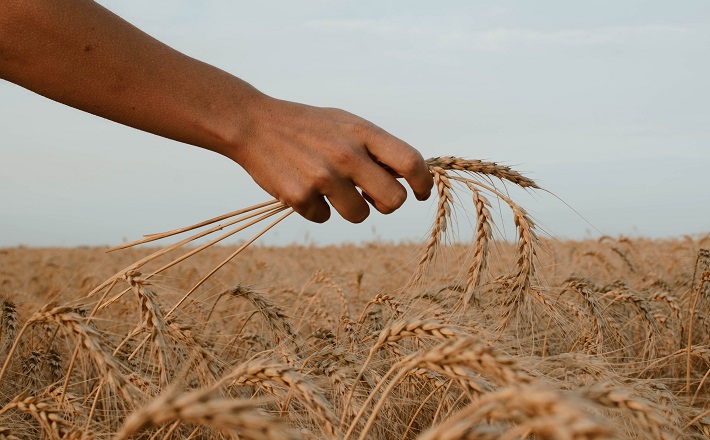 Photo by Paz Arando on Unsplash; licensed under CC0.

Preachers live busy lives. They are often so consumed with the daily tasks associated with church life that they rarely have time to reflect on the art of preaching itself. This isn’t an accusation but simply an observation of the reality that so many readers of Working Preacher face.

Thankfully, this week’s texts will allow us to attend both to our craft and to our weekly preaching obligations. Luke 3:15-17, 21-22 and Isaiah 43:1-7 are fascinating texts in their own right. But they also contain important lessons about the art of preaching.

Let’s begin with Isaiah 43:1-7. The exilic author’s identity is unknown; as a result the author is typically referred to as “Second Isaiah” in academic literature. Despite the hidden identity, the power of this prophet’s words is unmistakable. Several features set this poem apart as memorable and moving prophetic speech.

To begin with, the poem is grounded in its audience’s pain and hardship: “Do not fear … When you pass through the waters … and through rivers … when you walk through fire …” (verses 1-2). The audience’s fears are not only in their minds. They face treacherous hardships that can either drown or burn. Second Isaiah has listened deeply to his people and is attuned to how they are suffering (41:14; 43:1; 51:12-13; 54:4). Ultimately, the prophet’s words are comforting because they are skillfully aimed at trembling hearts.

Second, the prophet knows how to deliver a promise. In North America, moralistic preaching is the default mode for many, especially in the current moment when persuasive moral leadership is sorely needed, and from church leaders in particular. But moralistic preaching also has its limits, and those limits must be recognized, distinguished, and respected. Too much is at stake to fail on this point. You see, moral preaching can only ever make a demand on its hearers. It can call to action, entice, and persuade. But it can never deliver a gracious, gospel promise. Both law and gospel have their place in the pulpit, but they are not the same thing.

Moral preaching can call us–through the Spirit–to act in ways that are contrary to our own history and our worst instincts. But in the end preaching animated solely by moralistic concerns can only offer us a contingent future that is, at least in part, dependent upon our own decisions, powers, and agency. In contrast, the gospel delivers to us the promised goodness of God in its entirety along with the faith to trust it.

Related to the second point is the fact that the prophet knows how to preach divine love and compassion. He does so not by talking about these things, but by giving them over to his audience in a direct, and unambiguous manner: “I have called you by name, you are mine” (verse 1). “When you pass through the waters, I will be with you” (verse 2). The poem does not treat divine love and compassion as if they are abstract features of the divine character to be expounded upon but as gifts to be delivered to “you” (verses 1-2, 4-5).

Luke 3 also has a great deal to teach about the art of preaching. As a starting point, John recognizes that his calling is to testify to “one who is more powerful than” he is (verse 16). His ministry of preaching and baptism played an important role in the lead up to Jesus’ own ministry, but John also recognized that his calling was to serve and bolster the work of another. Putting its own twist on the matter, the Gospel of John reports John the Baptist saying, “Here is the Lamb of God who takes away the sin of the world!” (John 1:29). At the end of the day, preaching is about testifying and bearing witness to Jesus and his ministry–in the past, the present, and the future.

Luke 3 also teaches us that the ministry of Jesus had both destructive and preservative elements. Following the lead of John the Baptist, both must be preached.

I baptize you with water; but one who is more powerful than I is coming; I am not worthy to untie the thong of his sandals. He will baptize you with the Holy Spirit and fire. His winnowing fork is in his hand, to clear his threshing floor and to gather the wheat into his granary; but the chaff he will burn with unquenchable fire.

John’s use of harvest imagery is notable, especially when you consider the ancient Mediterranean context in which it was written. Unlike modern Western countries, meat was not as readily available at the time of Jesus, and it certainly wasn’t the staple that it currently is. Wheat, however, sustained the lives of both the rich and poor, making the image accessible to an economically diverse audience. “Chaff” refers to the husk of the grain, which was effectively the superfluous material remaining after harvest. It could not be consumed, and therefore could not sustain life.

The implication of this agricultural image is that Jesus’ ministry will act resolutely—sometimes even destructively—in service of those things that preserve and sustain life. This message is not only suitable to the Gospel of Luke, but also to the modern Christian pulpit.