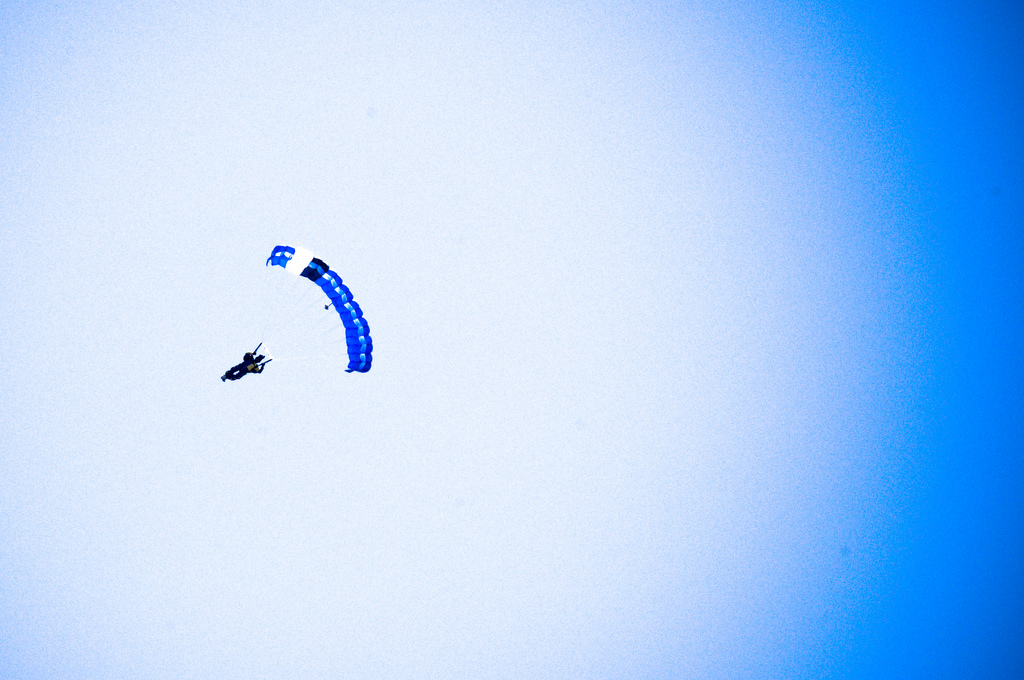 “Out of his mind.” That seems about right when it comes to perceptions of what we believe, whom we follow, and how we live as Christians. Accusations such as this make perfect sense because a life following Jesus as Lord, a life lived for the sake of the Kingdom of God, a life committed to a Gospel way of being does not and should not, for the most part, make sense.

Of course, in the context of first century Palestine, a claim such as this was warranted, even justified. How do you understand a life that seems to fly in the face of societal norms, political parameters, and religious righteousness? “Not in one’s right mind” and “demon possession” are valid explanations of actions and behavior that don’t match the expectations of normalcy.

But I wonder if this allegation, “out of their minds,” is something that we’ve tried hard to avoid as the course of Christianity has evolved. Rather than hold on to, even celebrate, the nonsensical as inherent to the Christian faith, we have worked toward and have succeeded in making its beliefs more palatable. Given the fact that in these days and times the very definition of what it means to be a Christian is up for grabs, it might be time to face the truth of our own complicity in making Christianity appeal to the masses.

In what ways either intentionally or inadvertently, have we colluded in watering down the challenges and difficulties of our beliefs? Replacing hardships with pleasantries, and making a radical, upside down, truly unbelievable revelation of God in the person of Jesus Christ into a theology for the masses, catering and kowtowing to any and all who might resist its demands or find its claims inconvenient. After all, grudge-keeping is often times easier than Gospel living as is implementing the law instead of vigilance in acting out liberating grace.

I get it. We’ve crunched the numbers. We’ve heard the statistics. We’ve witnessed the mainline decline and our individual denominational frailty. And so unpleasantries such as “take of your cross” and “losing your life” have turned into optional tracks for discipleship. “Christian” as exacting more than mere adjectival allowance is seen as far too onerous. And suggesting that being a Christian is more than a hobby, that it should be perceptible in one’s decisions, one’s speech, one’s behavior, and one’s choices is dismissed as a threat to autonomy, a danger to individualism, and an unwanted mandate of our self-selected commitments.

And so, the diagnosis of Stanley Hauerwas rings true, “Christians in modernity thought their task was to make the Gospel intelligible to the world rather than to help the world understand why it could not be intelligible without the Gospel.”1

But I think change could be afoot, my friends, or at least we need to decide that it has to be. What do I mean? Here’s an example. This past weekend I was at the Eastern North Dakota Synod Assembly of the Evangelical Lutheran Church in America, my denomination. This was no “business as usual” conference, even though the primary purpose of these meetings is the business of the church.

It was not until 4:00 pm on Saturday afternoon that the necessary agenda items were addressed. Instead of leading the assembly with essentials, this particular church body made the decision to begin with inspiration. Instead of starting out with legislation, they led with bible study. Instead of commencing with resolutions and plenary debate, they decided to focus on vision, on mission, and on conversations around leadership.

One might assume, then, that the Christian church is called to be counter-cultural and so it’s no wonder that people will say we are out of our minds. Yet, I am not convinced that this description of church, of Christianity, is all that helpful, or, I guess I find myself less interested in, even suspicious, of its assumptions. That is, I don’t want church or Christianity to be in the business of rejecting the dominant culture. This path is one that quickly leads to superiority and supremacy.

Because too soon counter-cultural becomes us verses them, that the church is intrinsically different, that the church is immune to the sins of society. We aren’t. What makes the church stand out, perhaps truly out of its mind, is that we tell the truth of our own sinfulness. That we are willing to admit it. That our story gives us the stories and words and theology to admit our failings and foibles and yet we still believe that forgiveness is possible.

So, Dear Working Preachers, don’t be afraid or concerned when someone says, “you must be out of your mind.” You are in good company — and it just might be the best compliment you will ever receive.