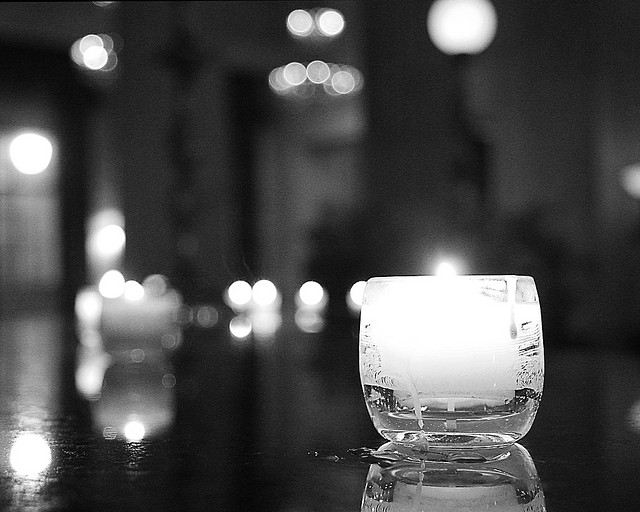 As some of you may know, a whole lot of folks in the Twin Cities lost power over the weekend when a series of storms blasted their way through this region. I’m guessing some of you know this not because you live in Minnesota, but because Working Preacher was out of commission for some of Friday and most of Saturday. Outages varied across the Cities; in our neighborhood we were without power for just about 48 hours. Not terribly long, in the larger picture, but I was nevertheless surprised at how challenging I found it to navigate everyday activities because I had no access to the internet and was worried I’d run out of battery for my phone.

Actually, I wasn’t just surprised, I was a little embarrassed. I’ve grown so accustomed to these devices – neither of which I had even 20 years ago – that it was unsettling to have them taken away so abruptly. All of which reminded me how much I – and I suspect many of you and your people – find the experience of being out of control so unsettling. Whether it’s storms or illness, sudden death of a loved one or job loss, all kinds of things unsettle our plans and wrest control from us. And that’s deeply troubling.

Maybe that’s why we work so hard to keep control of those things that seem under our power. And maybe, to move to this week’s gospel reading, this also explains some of the reactions to Jesus’ resolute journey to the cross.

There are three sets of reactions worth noting. The first is that of the Samaritans, who recognize that Jesus “has set his face to go to Jerusalem” and will not receive him. They apparently recognize that Jesus is on a mission … and they want nothing to do with it. Or perhaps they believe that because Jesus is set on reaching Jerusalem he will have no time for them, no time to discuss or heal or whatever they may have hoped. In either case, they have expectations of Jesus that he is not meeting and when his resolution to march toward the cross upsets their plans, they reject him.

The disciples, in turn, react to this rejection with a surprising – and frankly rather alarming! – request: they want to call down fire from heaven to devour the Samaritans. Well, perhaps it’s not as surprising as we’d like to think. Jews and Samaritans did not get along, the disciples were apparently not above ethnic prejudice, and they knew their biblical history enough to know that Elijah had done something similar years before (see 2 Kings 1). They, also, do not like to be thwarted in their plans. They were there to see that Jesus made it to Jerusalem, you see, and anyone and everyone who stood in their way could go to, well, you know. Talk about what happens when you feel out of control!

Others also have made plans. Yes, they’ll follow Jesus, as soon as they’ve buried loved ones or made appropriate farewells. And who can blame them? These seem like reasonable requests. Yet Jesus expects them to drop all their plans and follow him. Why? Because what he is doing makes a difference. And anyone who can’t see that enough to allow their plans and schemes and hopes and dreams to be upset doesn’t have what it takes to be a disciple.

All of which brings me to the same unsettling question that Michael Rogness asked in his excellent commentary: Does Jesus make a noticeable difference in our lives? Or to put it in the terms we’ve been using: Does the grace, mercy, and love of God made incarnate in Jesus trump our plans and shape our lives, or do we shape our faith to fit the lives we’ve already planned?

If we’re honest, I think that many of us will identify with the latter option because we recognize that we harbor a deep-seated desire to be in control, to maintain some semblance of order in a rather chaotic and confusing world. Yet Jesus in this passage is clearly not willing to concede: he demands that his mission come before all of our plans, even those that seem most reasonable.

Why? Because he knows that we really aren’t in control, that it’s an illusion, and that a rainstorm, or tornado, or illness, or loss, or tragedy, or any one of a hundred other things may dash our hopes as well as our plans and bring us to ruin. And so he … what? He invites us to give over control to him?

As tempting – and as pious – as that might sound, I’m not sure that the passage in front of us invites the choice between us being in control or Jesus being in control. Think about it: Jesus doesn’t go to Jerusalem to assume command or take charge. Rather, he goes to Jerusalem to thrust himself fully and completely into our out-of-control lives and comes out the other side.

So perhaps that’s the promise of the Gospel – not that we can be in control, or even that God is in control, but rather that God in Jesus joins us in our out-of-controlness, holds onto us, and brings us to the other side.

That may not always seem like all that much of a promise, Working Preacher, but after a few days without power … or a few months on chemo … or a few years of addiction … at least it sounds real and therefore trustworthy.

I mean, look around: We invest a lot of time, energy, and money in being in control. And plenty of religious folks invite us to invest lots of time, energy, and money to surrender to God’s control. Yet the world is still a terribly chaotic and unsettling place. So what if the deepest calling of a Christian disciples isn’t to be in control – ourselves or vicariously through God – but rather to give up the illusion, to take some risks, and to throw ourselves into this turbulent life and world God loves so much trusting that God will join us in the adventure, hold onto us through all the ups and downs, and brings us in time to the other side.

Maybe, just maybe, that’s faith. And when we, like Jesus’ first disciples, fall short yet again, then all we can do is give thanks that Jesus set his face to go to Jerusalem not just with us but also for us, taking on our chaotic lot and joining us in our turbulent lives that we may know that nothing can separate us from the love of God. Nothing.

Thanks be to God, Working Preacher, for this slim promise that, when we’re honest, changes lives. And thanks be to God for you and all those who share it.

PS: If you are interested in exploring further how we can share the difference Jesus makes in our lives, check out the Rethinking Evangelism conference coming up in just under a month. There’s still time to register!