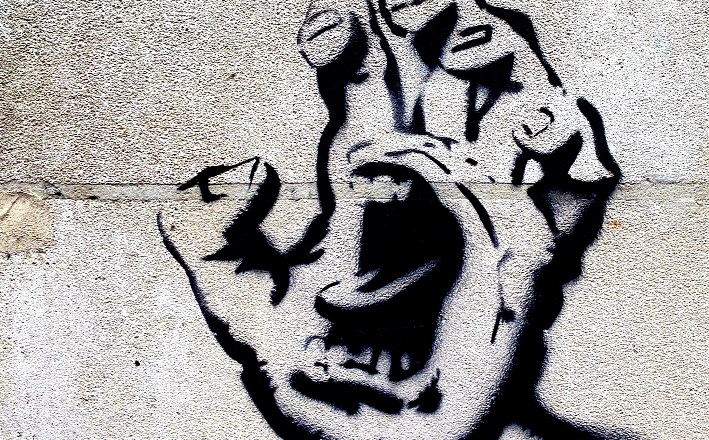 Photo by Heather M. Edwards on Unsplash; licensed under CC0.

“Love your enemies,” says Jesus, “And pray for those who persecute you” (Matthew 5:44). The prophets and psalmists for this week’s lectionary readings, apparently, didn’t get the memo (understandably, since they lived several centuries before Jesus). In fact, they have no qualms about calling on God to annihilate their enemies.

Jeremiah, for instance, has enemies, people who want to “cut him off from the land of the living, so that his name will no longer be remembered!” (Jeremiah 11:19). Jeremiah responds with a vengeful prayer: “Let me see your retribution upon them, for to you I have committed my cause” (11:20).

Likewise, the psalmist longs to see his foes pay for the evil that they’ve done to him: “In your faithfulness, put an end to them” (Psalm 54:5).

While it may strike us as odd to extol God’s faithfulness and ask God to destroy one’s enemies in the same breath, this kind of language is not uncommon in Scripture, particularly in the book of Psalms. In fact, the “enemies” (designated by various Hebrew words) are second only to God in the number of times they are mentioned in the Psalter. The psalmists, like Jesus himself, suffer scorn and betrayal from others and so they are quick to name evil when they see it. And they call on God to deal with that evil.

We just commemorated an act of great evil that was perpetrated twenty years ago – the terrorist attacks of Sept 11, 2001, in which nearly 3,000 people were killed on a bright blue early-autumn morning, passenger planes turned into guided missiles, anguished and tender good-byes spoken over phone lines, towers collapsing in a burning inferno.

Before the dust settled, we knew who the enemy was: the Islamist terror group Al-Qaeda and its leader, Osama bin Laden. Ten years later, bin Laden was killed by American special forces, but the effects of that terrible day have continued to ripple out ever since, not least in the chaotic American withdrawal from Afghanistan last month.

Many commentators over the past days have noted that if there was one good thing that happened as a result of 9/11, it was the way in which those terrorist attacks united the people of the United States. Whatever their political party, American citizens joined together to denounce the terrorists, honor the dead, and care for the survivors.

Unfortunately, such unity seems to be a thing of the past. Today, many Americans, if asked who their “enemies” are, might very well speak of fellow citizens on the other side of the political divide. And, to the shame of us all, that conflict has boiled over into neighborhoods and even into churches.

So, then, what do we do with this language of the “enemy” in the Psalms and the prophets? Is it just an unfortunate remnant of an ancient worldview that is best ignored when it sometimes appears in our lectionary readings? Perhaps it seems (at best) in poor taste or (at worst) dangerous to acknowledge such emotions in our Bible and in ourselves.

I think about a dear friend of mine who, in his first parish, had a very difficult individual as his church council president. She called him to yell at him on several occasions over trivial matters. She spoke over him and interrupted him at council meetings. She was rude, angry, and desperately afraid of losing control over the church where she had ruled unchallenged for decades.

And then, one day, as he was driving home from a pastors’ meeting, a song came to him and he started singing (to the tune of “Bind Us Together, Lord”):

You get the idea.

Now, was my friend’s prayer loving? No. But was it helpful? Yes, indeed. Like the psalmists and the prophets, this young pastor was able to be honest with God; he was able to pray out his anger and his frustration and his hate and bring them all into the presence of the Triune God who made and redeemed both him and his enemy. And he was able to leave those emotions there at the foot of the cross.

I pray that you do not have such antagonists in your own parishes, dear working preachers, but I suspect that some of you would resonate with another pastor who, when asked how his congregation was doing, replied, “It’s fine. Nothing that a few good funerals wouldn’t fix.” If you share some of those same sentiments, perhaps it would do you good to pray with the psalmist and Jeremiah this week. Perhaps it would do your congregation good to hear that even such hard emotions can be brought into our life with God.

Now, it must be acknowledged that the biblical prayers about the “enemy” can be dangerous when used by those in power. A powerful person or nation who claims God on their side can perpetrate great evil. And calling on God to smite our enemies is dangerous when it inspires us to take matters into our own hands and do God’s smiting ourselves.

But when prayed by the oppressed (and ancient Israel was usually the oppressed—closer to Guatemala than America in terms of power in the ancient world), these prayers can be both cathartic and powerful. They can inspire the afflicted to see and name real evil, and to call on God to act against it.

Also, when we pray these kinds of prayers, we are not taking matters into our own hands. Instead, we are handing over our enemies into God’s hands. Whether God acts according to our wishes (or not) is up to God. We have been honest in our praying; we have handed over our enemies, our hate, our anger, everything we feel and are, into God’s hands, where it belongs.

And God will do with it, and with them, whatever God wishes.

And so, we pray with the psalmist: “Hear my prayer, O God. Give ear to the words of my mouth.” In our praying, we know and trust that God will work life and salvation for us, and maybe even for our enemies.

Having said that, we also let Scripture interpret Scripture, and we remember Jesus’ words in Matthew: “Love your enemies, and pray for those who persecute you.” This must be our final word as Christians. When we’ve prayed out our hate and anger, we leave our enemies in God’s hands and try our best (and only with God’s help) to love them.