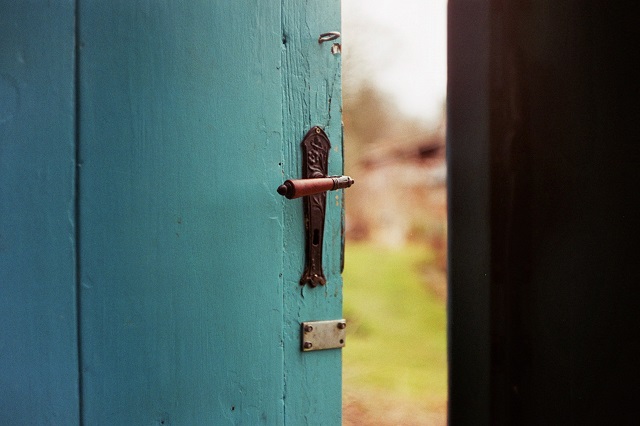 Photo by Jan Tinneberg on Unsplash; licensed under CC0..

[F]irst, how the internet is built to distend our sense of identity; second, how it encourages us to overvalue our opinions; third, how it maximizes our sense of opposition; fourth, how it cheapens our understanding of solidarity; and, finally, how it destroys our sense of scale.

Her aptly titled book (Trick Mirror: Reflections on Self-Delusion) has become even more timely in 2020. Tolentino’s observations on the self-deluding dynamics of modern digital life poignantly highlight how the internet’s success is partially predicated upon its ability to kindle the flames of human conflict. Rage sells.

This week’s biblical texts also seek to shape how we think about confrontation and truth-telling. Not surprisingly, they offer a vision of human relationship that stands in significant tension with the internet ecosystem we currently inhabit.

As a starting point, this week’s texts encourage–in fact command–confrontation. Matthew 18:15 reads: “If your brother or sister sins against you, go and correct them when you are alone together. If they listen to you, then you’ve won over your brother or sister.” (Matthew 18:15 CEB). This verse assumes that when someone is harmed a confrontation must occur between the two parties. Harm cannot simply go unchallenged. But the confrontation must be done in a particular manner. In order to avoid public humiliation and to facilitate a smoother process of reconciliation, the sinner must be initially confronted in private. The involvement of others is only warranted if the one being confronted refuses to listen.

The text prescribes a deliberate process of escalation, with the ultimate goal of gaining a brother (Matthew 18:15). In a fascinating way, Matthew 18 calls us to wed the command to rebuke and correct with concerns voiced in the eighth commandment, where the reputation of the neighbor is also worth protecting.

Reconciliation of this sort creates a special kind of unity and agreement : “Again I assure you that if two of you agree on earth about anything you ask, then my Father who is in heaven will do it for you” (Matthew 18:19). When the seed of unity is planted in the soil of confession and forgiveness, God promises to be present in ways that will move heaven and earth (Matthew 18:18-20).

It is no accident that Jesus’ instructions about confrontation follow immediately upon the parable of the wandering sheep (Matthew 18:10-14). In that parable, the Father in heaven is compared to a man who leaves his 99 sheep to track down a single, wandering sheep in order to restore it to the flock. Similarly, Christians are called to confront one another, but as part of an explicit attempt to call one another back into the flock.

Critique and conflict must be in service of reconciliation and return.

Yhwh is much sterner in commanding Ezekiel to confront his contemporaries:

As a priestly prophet, Ezekiel is a watchman who utters divine words of correction to God’s people. Yhwh’s command is urgent and full of pathos, because for God, obedience and disobedience are matters of life and death. To deny someone God’s corrective word is every bit as sinful as the deed under scrutiny. Both court death.

But what is the motivation for Yhwh’s words of judgment? “Say to them, This is what the Lord God says: As surely as I live, do I take pleasure in the death of the wicked? If the wicked turn from their ways, they will live. Turn, completely turn from your wicked ways! Why should you die, house of Israel?” (Ezekiel 33:11, CEB). Ezekiel’s threats of judgment are meant to provoke repentance and return. For Ezekiel, confrontation is for the sake of reconciliation.

Last year on the Gospel Beautiful Podcast, I recorded an interview with spoken word artist, Joe Davis. In that wide-ranging exchange, we talked about “call out” culture and how it impacts our public discourse around controversial topics such as racism. Joe helpfully described his desire not to call somebody “out” but to call them “in.” Joe captures for me the primary difference between the kind of conflict incentivized by the internet and the kind of conflict urged by this week’s biblical texts.

But Christians face yet another challenge. As confrontational behavior online runs rampant, the fear of confrontation persists within local church communities. Avoidance of confrontation is one of the most pervasive and predictable sins in modern Christianity. Somehow we’ve come to believe that words like “welcoming,” “inclusive,” “compassionate,” and “loving” exclude confronting people for the various ways their sins invite destruction to themselves, their families, and their communities. This fallacious belief is nothing more than the bourgeois ethic of “don’t be judgmental” dressed up in quasi-theological vestments. Unfortunately, however, this line of thinking happens to be utterly foreign to the biblical texts.

Confrontation is a necessary companion on the road of reconciliation. But when confrontation does occur it should be done in a way that invites reconciliation among the interested parties, all of whom stand condemned and forgiven at the cross.

The polarizing nature of 2020 augments the self-deluding forces named by Tolentino above. In this week’s texts, we are invited to look intently into the mirror of Scripture and consider what we find. We live in a remarkable moment defined by conflict and polarization. In such an environment, we are obligated (as Ezekiel and Matthew state) to confront sin in direct and clear terms. But in confronting one another, is there also a clear invitation to repentance? Are our pronouncements of truth accompanied by invitations to reconciliation? Do our critical words—especially issued on social media—cast our neighbor in the best possible light, as Luther’s interpretation of the eighth commandment urges?

In other words, as we point the finger do we also open the door?