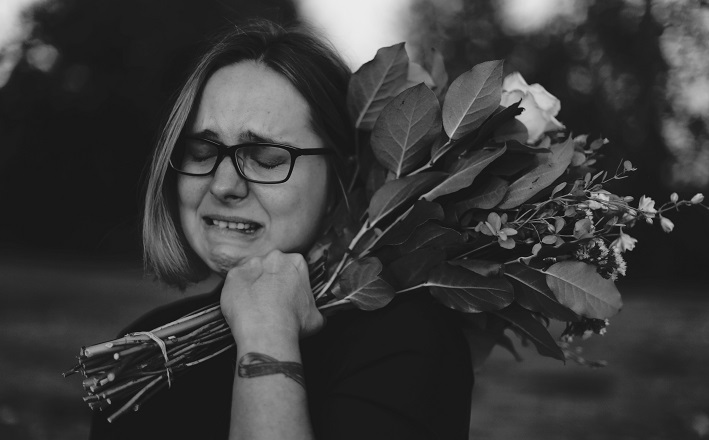 On an All Saints Sunday many years ago, I happened to be preaching at the end of a particularly difficult year for the rural Wisconsin parish where I served. The congregation had experienced the deaths of several elderly members that year, as is typical for any parish, but they had also mourned the passing of two women within two weeks of each other—each a beloved pillar of the community.

One of these women was in her 40s and had been battling breast cancer for years. A feisty and energetic person who loved to laugh and was the life of any party, Julie beat the odds time after time in her fight against cancer, but she finally ran out of treatment options. At the last, she slipped into a coma and we gathered around her hospital bed to pray and give her permission to pass on.

The other woman was in her 50s, a farmer’s wife with a large extended family, including grandsons in grade school who adored her. Ginny fell ill in early spring, was diagnosed with pancreatic cancer, and died just a matter of weeks later. Her death was a shock to everyone, as she was a vibrant and creative person, rarely ill, always willing to volunteer for church or community events. I remember speaking soon after her diagnosis to her son-in-law, a steady and quiet young farmer whose eyes filled with tears as he spoke of her. His fierce hug as we parted testified to the grief he could not put into words.

The two funerals were held within two weeks of each other, and the church was filled to overflowing for both, grief-stricken faces filling the pews. Teenage children at the one and a young family at the other, bereft of a beloved mother and grandmother. Husbands mourning the untimely deaths of their wives.

When All Saints Sunday rolled around, we read the names of those who had died in the previous year, as was our practice, the bell tolling for each name, including those of Julie and Ginny. When it came time to preach, I read the Gospel lesson and then looked out over the congregation and began by stating the obvious, “It has been a really hard year for this congregation.” And the gathered assembly let out an audible sigh, and heads nodded in agreement. It was as if that acknowledgement from the pulpit gave them permission also to acknowledge the burden of collective grief and thereby lay it down for a moment. It had indeed been a hard year.

It has been a really hard year for all of us. There are 750,000 people dead in the United States from Covid, 5 million in the world. Of course, the same reality of Covid’s relentless march was true last year on All Saints Sunday, but in the U.S., our attention was taken up largely by a contentious election just a couple of days away. And that collective grief could not be acknowledged in a gathered community, as many congregations were continuing to meet online.

This year, even as the pandemic continues to drag on, effective vaccines have allowed life to return to some sense of normalcy. But the collective burden of all those deaths over the last 20 months lies heavy on our hearts. Chances are, most every person in your pews knows someone who has died of Covid or lost a loved one to it. So, perhaps on this All Saints Sunday, it is time to acknowledge the weight of all that pain and the power of death over the past year and a half.

The readings for this week give you words to do so. “Lord, if you had been here, my brother would not have died” (John 11:32). The rebuke of Mary (and earlier, of Martha) echoes what many of us feel. And inherent in the rebuke is the question, “Lord, why weren’t you here?” Their beloved brother died, and their dear friend was absent.

The Isaiah text speaks of death as “the shroud that is cast over all peoples, the sheet that is spread over all nations” (Isaiah 25:7). Death is the great equalizer. There is no nation, no people, immune from its reach. In ancient Canaanite myths, Death boasts that his appetite is like that of lions in the wilderness, insatiable, and that he will devour everything in his path.

That image of Death as the great devourer is one that may underlie this vision of Isaiah. The enemy here is not Assyria nor Egypt nor any other foreign power. The enemy is Death itself, into whose gaping mouth all living things will eventually disappear, swallowed up forever.

Modern Western society is not nearly as forthright about death as the ancient Canaanites or Israelites. We do not ourselves prepare loved ones’ bodies for burial. We do not dig graves by hand or lower caskets into them. We have our loved ones’ bodies cremated or we leave them in caskets at the graveside, the grave itself tastefully covered up until the mourners have departed the cemetery.

Covid made even the rituals we do have more difficult. Countless people were not able to say good-bye to their loved ones in person. Funerals were postponed or livestreamed, the comfort of each other’s presence—of real, fleshly bodies embracing each other—lost.

I do not mean to be macabre. But in order to hear the promises of today’s texts clearly, we must first acknowledge the loss that we have experienced. Though we do not personify Death as the ancients did, its power over us is as strong as its power over them. Death has swallowed up many, many lives in our world today and has indeed cast a shroud over all peoples. It is right and proper that we acknowledge that loss on this All Saints Sunday.

That’s not all that we do, of course. We do not simply mourn our dearly departed on this day. We also give thanks for their lives and witness. And, most importantly, we proclaim faith in the One who continues to hold us, together with them, in the great communion of saints that stretches across time and space.

This is not the time to preach any kind of social gospel or to try to draw moral lessons from the lives of the saints. This is not the time to worry about “pie in the sky” theology. The promises of God in Isaiah, John, and Revelation speak to something more than concerns about social justice or economic inequality. They speak against an enemy more fundamental than political opponents or social media trolls. Death is the universal enemy, and in the texts for today, God becomes the death of Death:

On this mountain the LORD of hosts will make for all peoples a feast of rich food, a feast of well-aged wines, of rich food filled with marrow, of well-aged wines strained clear. And he will destroy on this mountain the shroud that is cast over all peoples, the sheet that is spread over all nations; he will swallow up death forever (Isaiah 25:6-7).

See, the home of God is among mortals. He will dwell with them as their God; they will be his peoples, and God himself will be with them; he will wipe every tear from their eyes. Death will be no more; mourning and crying and pain will be no more, for the first things have passed away (Revelation 21:3-4).

Death, the great devourer, will itself be swallowed up forever. We will celebrate this final victory together with all the saints at the great marriage feast of the Lamb. And the only tears allowed at this feast are ones of joy at being back in the presence of those we have loved and lost.

These are powerful images to anchor our hope on this day. So, dear Working Preacher, acknowledge what we have lost, give your people permission to do so as well. And then, with all the saints, proclaim the sure promise of the One who is the Resurrection and the Life. Your people need to hear it and you need to hear it as well: “See, I am making all things new.” Amen, Lord Jesus. May it be so.