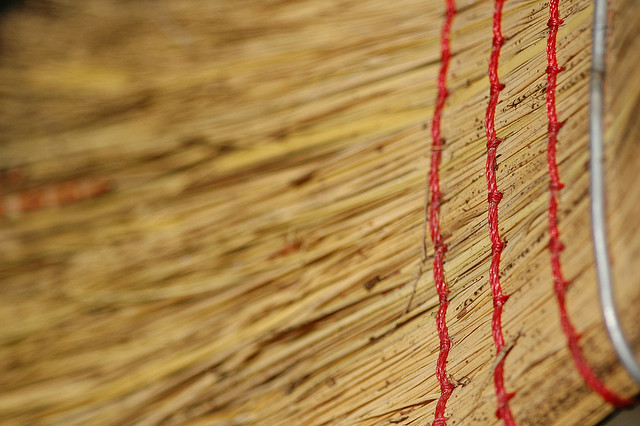 Here’s the question that’s been rumbling around in my head since reading this passage: Can you be righteous and still lost?

Because here’s the thing: the major differentiating category in these parables seems to be, for lack of a better word, lost-ness. Which is interesting, because at first everything seems to revolve around the distinction between sinner and righteous. After all, Luke sets the context for Jesus telling three of his better known parables (we deal with the two short ones this week) as, first, the tax collectors and sinners flocking to listen to Jesus and, second, the Pharisees and scribes grumbling because he not only doesn’t send them away but actually eats with them.

Two quick notes on all this. Eating isn’t catching a quick bite at the local coffee house and moving on. Eating — that is, sharing table fellowship — is a mark of camaraderie, acceptance, and friendship. And so in eating with tax collectors and sinners, Jesus is demonstrating a deep and abiding acceptance of those society has deemed beyond the moral pale.

And that brings me to the second thing: while we’re used to thinking “we’re all sinners,” that’s not the way Luke sees it. Rather, when he describes someone as a “sinner” he’s talking about someone whose pattern of sinning is so habitual, even second nature, that the whole community knows of it. Similarly, by “righteous” Luke doesn’t mean those who are either perfect or self-righteous, but rather he describes those who actually and actively try to live up to the law. All of which means that Jesus is welcoming the local untouchables and ne’er-do-wells, the moral disgraces and public outcasts — welcoming, accepting, and befriending, to the point of embarrassment. And the decent folk are — quite understandably — concerned.

In that context, Jesus tells some stories. But they’re not, as soon becomes clear, stories about the difference between sinner and righteous. Rather, they are about things we lose — a sheep, a coin, a son — and the joy we experience when we find these things again.

This is where the kick comes in. Most of Jesus parables, you see, have a bit of a bite or kick to them — something that doesn’t set quite right and keeps you thinking, wondering, wresting with the story until you begin to wonder if you’ve understood it all. In these stories it’s the reaction of the shepherd and woman. “Which of you,” Jesus begins each story, implying that their behavior is normal. But is it? In the first case, a shepherd searches for a lost sheep. Natural enough, we think, as that’s the shepherd’s job. But to do it he puts 99 sheep at risk, leaving them in the wilderness with no protection or shelter, to seek out one that was lost. And when he finds the lost sheep, he hustles the whole flock home and calls his friends and neighbors to join in his celebration. Normal, ordinary? Hardly.

In the second case, a woman who loses a tenth of her wealth lights her lamp and sweeps all night searching for the coin. Makes sense to me. But then, when she finds it, she also calls together her neighbors and invites them to celebrate which, likely, meant that she provided food and drink and perhaps spent on this celebration as much as she recovered from her search. Normal, ordinary? No chance.

Which is, of course, the point. This kind of ridiculous celebration is what characterizes God’s response to sinners who repent.

That brings me to one more brief note: repentance may include a mending of one’s ways and moral reform, but the chief characteristic is a turning around, a change in perspective, a recognition, to bring us full circle, of being lost and a corresponding desire to turn around and be found. And so we’re back to my original question: Can you be righteous and still lost?

After wresting with this passage, I think you can. Indeed, I think we are. Because here’s the thing, Working Preacher, most — though not all, I know, but most — of the folks we preach to are a lot more like the righteous in these stories than the sinners. Most of us try very hard to be good Christians and to do the right thing, and no amount of convincing us we’re really filthy sinners and then assuring us that God forgives us anyway is going to make much of a difference to our self-conception or behavior.

But though we may be righteous in this sense, might we also be lost?

We have lots of people in our congregation who seem to have it all together and yet, deep down, are just plain lost.

It’s not that there’s anything inherently wrong with being righteous. Working hard, doing your best, showing up for church on time, these are all good things. But ultimately they only scratch the surface of who we are and what we need and hope for.

To put it another way, describing ourselves primarily in terms of whether we’re sinner or righteous is a legal designation that ultimately define ourselves by what we have done. While understanding ourselves as lost — and ultimately as being found — is a much more existential and relational way of understanding who we are. And God, finally, is there to grant us an identity beyond what we have done, are doing, or may someday do.

This Sunday, Working Preacher, our pews will be filled with righteous people who are lost. Tell them that. Remind them that while having it all together is great, they may still feel at times quite lost. Assure them that church is a place for all those who feel lost, sinner and righteous alike. Invite them to admit their lost-ness, to confide their hopes and fears, dreams and dashed hopes to God, confident that when they turn toward God for any reason, God throws one heck of a party and invites all the angels to celebrate.

And then, after doing all this, do one more thing: promise them that in the end, this parable isn’t ultimately about sinner or righteous and not even about being lost and found. It’s about a God so crazy in love with God’s children that this God will do anything to find them. To find us.

Which of you, Jesus asks, would go to such lengths to search and find and then welcome back and celebrate? Truth be told, none of us would. But God would. In fact, God does, even now, putting all at risk to seek us out, lighting a lamp and sweeping, sweeping, sweeping until we are all caught up in God’s mercy, grace, and love. Thanks be to God.

This is the promise we get to share, Working Preacher, and I’m so grateful for your commitment to sharing it far and wide. Blessings on your proclamation.