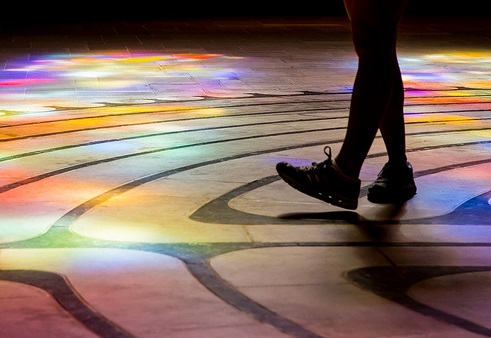 If you have already listened to Sermon Brainwave for this week, then you probably know what I am going to say right out of the gate — add verses 70-71 to your preaching of the Bread of Life Discourse. You might as well include those last two verses — it’s like squeezing in two more reps of bicep curls just as the bell is ringing, rather than giving up when you see time is almost up. It’s hard as hell, but you’ll feel good about it afterwards.

And yet, it’s almost as if the Consultation on Common Texts — the committee who publishes the Revised Common Lectionary (RCL) — said among themselves, “If preachers have made it this far, let’s leave off those two verses to reward them. Let’s not make it more difficult than it has already been. After all, we want to end on a high note, right? And it doesn’t get much better than, ‘Lord, to whom can we go? You have the words of eternal life. We have come to believe and know that you are the Holy One of God.’” Ending with prediction of betrayal is not a culmination on which most want to preach.

But, here’s the thing, Dear Working Preachers. The juxtaposition of “you are the Holy One of God” and “though one of the twelve was going to betray him” is the very heart of our Christian faith, right? The simultaneity of witness to God and the inevitable abandonment of God is the crux of discipleship. We walk that line, we live on that line, each and every day, if we are honest. And there’s no avoiding it, as much as we try, as much as we convince ourselves of our loyalty, as much as we tell others of our certainty, which is usually an attempt to convince of us our own.

The whole Bread of Life Discourse, the whole Gospel of John actually, places us on this most precarious precipice. And there is rarely, if at all, any assurance of what will tip the scale toward one position or the other. Most of the time, we waffle back and forth, weighing the damage of one stance over the other. And we have been in conversation with those who sit in this most unsettling space. Both positions are risky. Which is why, it seems, this story happens when it does. We are only half way into Jesus’ ministry at this point. Better to know the truth and consequences now instead of later.

But I think as preachers, we are tenders of this space, this space that represents both confidence and questions, both commitment and reticence, both enthusiastic confession and yet rational resistance. This is what John 6:67-71 reveals about our vocation, what Jesus intimates about being a leader, a preacher, in and for the sake of his church. We are called to sit in these spaces and places where there are no answers. No certainties. No guarantees. And then, to preach into those moments when the sense, so palpable, is that it could go one way or the other.

The RCL, perhaps, shields preachers from such challenges. But this is no time to shy away from the difficulties and demands that faith daily presents or that daily faith requests. In the midst of John, I cannot help but think of Esther, “For if you keep silence at such a time as this, relief and deliverance will rise for the Jews from another quarter, but you and your father’s family will perish. Who knows? Perhaps you have come to royal dignity for just such a time as this” (Esther 4:14). And so, in fact, now is such a time for preaching about and into those spaces and places that demand discussion and discernment. That need attentiveness and responsiveness. That listen, truly and deeply, to the other and even anticipate being heard in return.

Dear Working Preachers, when, as I said last week, the dominant model of dialogue around religion is taking sides, arguing for one position or the other, and when you begin to realize that somewhere along the line this is not just for the sake of winning an argument, but for the sake of securing the future of your soul, then faith ceases to be in God and has become merely claims about God.

This is where the Gospel of John is an essential corrective now and again — where believing in Jesus is a relationship and not solidified statements that adhere to expected theological constructs. Where we are invited to abide in and with God that, by definition, should be unpredictable, indeterminable. Where being leaders in the church means coming alongside those in the process of navigating this rather uncomfortable intersection or means reaching out to someone who might help you to navigate your own.

So, Dear Working Preachers, this week, maybe preach about the space that John opens up for us. That space that so few get to imagine, that so few get permission to be in. An invitation to abide in that space, not for just for the sake of choice, but for conversation and companionship.