If It’s Not Hard to Believe, You’re Probably Not Paying Attention! 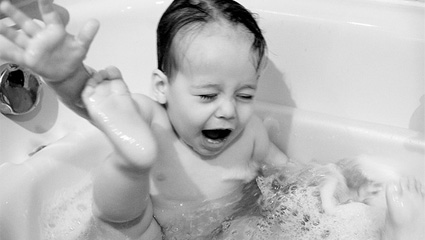 One of the common elements of the resurrection stories across the gospels is that no one expects the resurrection. Even though Jesus predicted his death … and resurrection … several times across his ministry, no one greets the news that God has raised Jesus from the grave and defeated death and the devil by saying, “Praise God!” No one shouts “Hallelujah” when they hear that their friend and Lord has been raised to life. And absolutely no one, upon hearing the news that death itself could not hold the Lord of Glory captive, says, “I knew it – just like he said!”

That’s right – no one expects resurrection and no one, quite frankly, believes it at first. This is true, as I said, across the gospels, and it is certainly apparent in Luke. The women come to the tomb expecting to anoint Jesus’ dead body. That is, they have no expectation that he has been raise. In fact, only when they are reminded by the “two men in dazzling clothes,” do they recall Jesus’ promise.

Energized by this encounter, they run back to tell the rest of the disciples … who greet their tale with utter skepticism. In fact, Luke says that those who received the testimony of the women regarded their message as an “idle tale.” That’s actually a fairly generous translation of the Greek work leros. That word, you see, is the root of our word “delirious.” So in short, they thought what the women said was crazy, nuts, utter nonsense.

And, quite frankly, who can blame them? I mean, resurrection isn’t simply a claim that Jesus’ body was resuscitated; it’s the claim that God entered the stage of human history in order to create an entirely new reality all together. Which, quite frankly, can be frightening. As Anna Carter Florence says in a wonderful interview on WorkingPreacher.org, if the dead don’t stay dead, what can you count on? Resurrection, seen this way, breaks all the rules, and while most of us will admit that the old rules aren’t perfect – and sometimes are downright awful – at least we know them. They are predictable, a known quantity, and in this sense comforting. And resurrection upsets all of that.

Resurrection, in other words, throws off the balance, upsets the apple cart, and generally turns our neat and orderly lives totally out of whack. Which is why I think that if you don’t find resurrection at least a little hard to believe, you probably aren’t taking it very seriously! And, truth be told, I suspect that’s where most of us – we’ve heard the story of resurrection so often it hardly makes us blink, let alone shake with wonder and surprise. Which is rather sad, when you think about it, because this promise, as difficult as it may be to believe initially, is huge, and when it sinks in and lays hold of you, absolutely everything looks a little different.

With that in mind, two words of counsel on this Day of Days. First, I think we’ve got a great opportunity to say to those that actually do find resurrection – at least when they think seriously about it – a little hard to believe that they’re in good company! They, along with the rest of Jesus’ disciples, struggle to believe simply because they recognize the incredible scope and titanic implications of the biblical witness that when God raised Jesus from the dead God was creating a new reality; overthrowing death, sin, and all that would oppress us; and declaring once and for all that life is more powerful than death and love more enduring that tragedy.

Which means that maybe we could admit this Sunday that we in the church have at times mischaracterized the nature of religious faith. While we may sometimes give the impression that perfect faith conquers all doubt, biblical authors believed that faith and doubt are actually woven quite closely together. Doubt, questions, even downright skepticism – these aren’t the opposite of faith, but rather an essential ingredient. Faith, after all, isn’t knowledge. Rather, faith, as the author to the Letter to the Hebrews reminds us, “is the assurance of things hoped for, the conviction of things not seen” (11:1). And perhaps Easter Sunday is as good a time as any to give God thanks for the gift of faith, the ability not to understand the mystery of the resurrection but to be inspired to hope and believe that it is true.

Second, I also think that on this day it’s just as important to invite those who simply accept the resurrection as a part of their faith – but perhaps without really thinking about it – to allow the wonder of God’s activity in the resurrection to break in upon them in a new way. Toward that end, I ask you to consider inviting your congregation to participate in this year’s Easter sermon. You can certainly do that actively by asking folks to write something down or to talk to the person near them, but given that I suspect most of us, including myself, are somewhat reluctant to invite the “Easter Sunday crowd” to active participation, perhaps simply some reflection on the incredible nature of resurrection could provide a powerful experience for folks.

If you’re game, I’d first invite folks first to think to themselves about what makes believing in the resurrection difficult. You might start by sharing some of your own reflections: We’ve never seen anything like it. We all say that the two givens in life are death and taxes. 🙂 What about the natural order? It’s not something any of us have experienced, and so forth. But after admitting the reasons why disciples from the beginning forward have had good reason to wonder and even doubt, then ask what would be possible if it were true. Again, share some of your own reflection as a prompt: Death does not have the final word. Love and life are stronger than fear and death. We can expect to see those we’ve loved and lost again. God has a future in store for each and all of us. Anything is possible with God.

Resurrection faith came slow to most of the disciples. But when it came it changed everything. It’s just this kind of faith we’re invited to preach, Working Preacher, every Sunday for sure, but certainly on this day, the Eighth Day, the Day of new creation that begins with resurrection and continues until God creates a new heaven and new earth and renews and redeems all things. Thank you so much for your part in welcoming people into this new reality even here, even now.