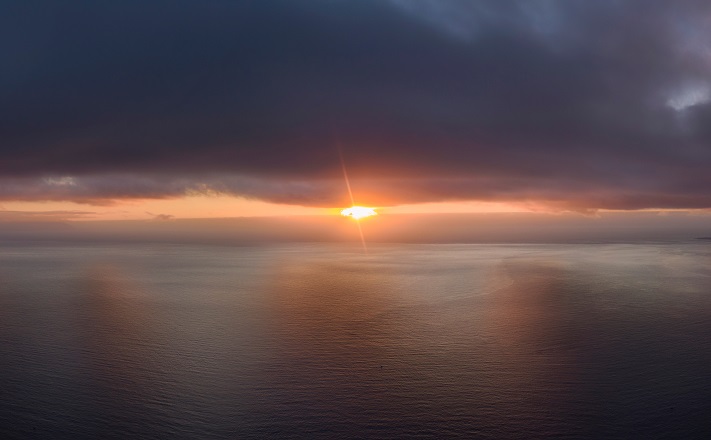 Photo by Vadym Polenchuk on Unsplash

On this Second Sunday of Advent, in the year of our Lord 2020, it is an apt proclamation. Public health experts are warning us that we can expect a hard winter ahead, with a pandemic largely out of control in the United States, and surging in many other parts of the world. Thanks to the heroic efforts of scientists, there are effective vaccines in the works, but it will be several months before they are widely available. And people are suffering from fatigue, fear, and loneliness.

The situation bears some resemblance to that of the audience of the original prophecy of Isaiah 40. The divine command comes in the midst of a situation of exile and despair. The people of Judah are in a strange land, far from home. There is hope, perhaps dimly seen, on the horizon—the power of Babylon is fading—but the current situation is still one of displacement, anxiety, and suffering.

If there was ever a time for comfort, it is now.

So, this Sunday, Working Preacher, your people need to hear a word of comfort and of hope, especially as they look forward to (or dread) a Christmas unlike any other, where the usual family gatherings are unwise to hold, where there is perhaps little money for Christmas presents, or where a loved one’s chair is forever empty.

But how can you preach comfort and hope in such a situation?

How can you not? That is your calling, dear preacher. Like the exilic prophet of Isaiah 40, you have the high privilege and responsibility of proclaiming a vision of God’s kingdom breaking forth into a world that contradicts that vision:

“Get you up to a high mountain, O Zion, herald of good tidings; lift up your voice with strength … lift it up, do not fear; say to the cities of Judah, ‘Here is your God!’” (Isaiah 40:9).

That is the prophetic task, of course, to interpret the times theologically—not politically or economically or sociologically, but theologically—to point out how God is active in the world, to say to those who have trouble seeing, “Here is your God!”

Now to be clear, often the prophetic task has to do with calling people to repentance, as John the Baptist (who looks a lot like an Old Testament prophet) does in our Gospel reading for today, out in the wilderness “proclaiming a baptism of repentance for the forgiveness of sins.” That kind of call to repentance and words of judgment are what we usually expect of a prophet.

Perhaps that’s why the agnostic friend of a preacher friend of mine asked her earlier this year, “Why is your God so angry?” He was looking for an explanation for all the bad things that have happened this year: pandemic, economic recession, fires, hurricanes, racial injustice.

And there is certainly often a need for a word of judgment. To take just one example, the pandemic has not so much caused as revealed terrible inequities and injustices in American society. It has only accelerated a process that started long before this year of the rich getting richer and the poor getting poorer. Thousands of cars lined up at food banks around the country in the days leading up to Thanksgiving. More than 25 million Americans reported not having enough food to eat in the last week in this, the richest country in the world.1 Those who have the opportunity to work from home (including me) live in relative security while those who have to work in person risk illness to earn a paycheck, if they even still have a job.

In the face of such inequity, a word of judgment and a call to repentance are entirely appropriate prophetic responses. A prophet is sensitive to evil in a way that the vast majority of the population is not. It is all too easy to become complacent in the face of injustice—that’s just the way things are, we say. But a prophet calls evil what it is and speaks truth to power. We saw such a prophetic spirit this last summer in the massive peaceful demonstrations for racial justice; not in the sporadic looting that accompanied some of them, but in the demonstrations themselves.

A prophet calls evil what it is, speaks truth to power, and also dares to offer a radically different vision of what can be, God’s vision of shalom—wholeness, health, peace—for every person and every nation.

It is this vision of shalom that the prophet Isaiah lifts up in our reading for this Sunday. “Here is your God!” says the prophet to a people in exile. And what sort of God does the prophet proclaim? “See, the Lord GOD comes with might, and his arm rules for him … He will feed his flock like a shepherd; he will gather the lambs in his arms, and carry them in his bosom, and gently lead the mother sheep.” This God we proclaim, the God we know most fully in Jesus Christ, fights against all that is death-dealing in us and around us. And this God like a shepherd cares tenderly for his flock, carrying them when they are weary, leading them when they have lost their way.

Note, however, that this hope, this Advent hope, is not passive; it is not quietist. The prophets are anything but quietists. This hope is active and bold. Advent hope is not the same thing as optimism, which relies on positive thinking and rose-colored glasses. Advent hope in fact acknowledges the pain of present reality, but it also dares to see God’s presence in the midst of that pain. Advent hope, the hope of which Isaiah speaks, is grounded not in anything we can see, not in politicians or bank accounts or the market. This hope is grounded in God’s faithfulness, and for that reason, it is true, and real, and solid, something to ground you, too, in the weeks and months ahead.

In the midst of darkness, light breaks in. In the midst of despair, hope erupts. After long waiting, a branch will sprout. The complete fulfillment of God’s promises has not yet happened, but it is coming. Such is Advent faith, and Advent hope. God grant you, dear preacher, the courage and the boldness to proclaim it.