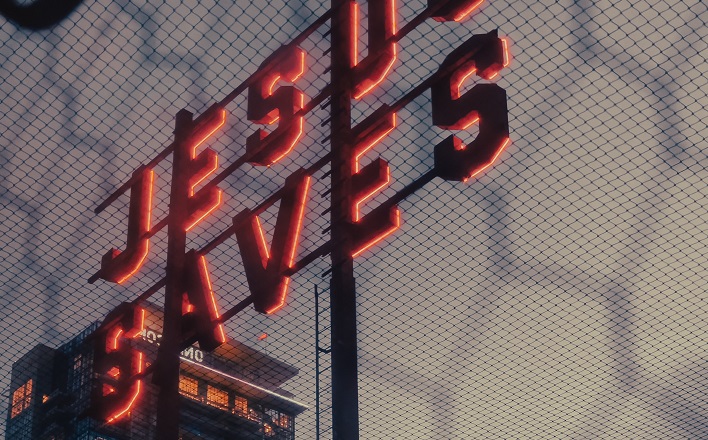 I wish you a blessed Ash Wednesday and First Sunday in Lent. Thank you for preaching the good news. Thank you for leading people to consider their own mortality, to confess their own sinfulness, and for proclaiming the forgiveness of sins in a world that often seeks to cancel rather than forgive, to excoriate rather than reconcile.

Lent is a season.  It is a Christian season.  It is a time when some Christians undertake new spiritual disciplines such as giving something up, or adding a new practice, or practicing the presence of the Spirit in some intentional way.  It is a time for catechesis for many. For others it is a simply the time before Holy Week and Easter.

The assigned Gospel reading for the First Sunday in Lent is usually the so-called temptation of Christ (or testing of Christ).

Some years ago, the New Testament theologian Beverly Gaventa wrote the following regarding what Paul was up to in the Letter to the Romans:

I think Paul knows, or at least suspects, that something crucial is missing in the Christian communities at Rome. Based on the content of the letter, it appears that they understand the gospel to be God’s way of including gentiles within the children of Abraham, extending the covenant to them. Some of them, especially the gentiles, appear to believe gentiles have displaced Jews within God’s people.

I think Paul wants very much to enlarge their understanding of the gospel. While the action of God in Jesus Christ does, to be sure, include the gentiles within God’s people (in no way displacing Jews), the gospel is—on Paul’s reading—far larger even than finding a place for gentiles. The gospel involves a cosmic conflict between God and powers aligned against God. The gospel declares God’s unwillingness to leave humanity enslaved to sin and death, God’s rescue operation: delivering and re-creating humanity for rightful relationship with God.1

I find this phrase particularly important: The gospel involves a cosmic conflict between God and powers aligned against God. The gospel declares God’s unwillingness to leave humanity enslaved to sin and death, God’s rescue operation: delivering and re-creating humanity for rightful relationship with God.

While Gaventa was writing about Paul and Romans, it seems to me that what she writes here is also a fitting commentary on the story of Jesus and his time of testing in the wilderness.  Jesus does not resist temptation or overcome the testing in order to provide us a model for how we should do the same. Rather, Jesus enters into conflict with the devil in such a way that he announces that he has come to contend with all of the powers that defy the life-giving will of the Triune God. This is a rescue mission that will require defeating and overcoming certain forces that are aligned against God. And in this work Christ will brook no compromise, take no partial steps, and risk no defeat.  He is in it to win it—he is in it to win us. He has promised he will do so and on this promise we can rely.

For me, Lent this year is a time of gratitude. Gratitude to God for all I have been given. Gratitude to all of you Working Preachers.

This will be the last Dear Working Preacher column that I will write for a while.

Along with another colleague, Terri Elton, I have been asked by the President and Board of Luther Seminary to step into the interim role and work of the academic dean’s office. In order to help lead this work, I will be moving away from writing this column—at least for the time being.

I will also—for a time at least—be stepping away from the “Sermon Brainwave” podcast.  I am sad about this, because I have enjoyed no work more than podcasting with my friends and colleagues on Sermon Brainwave—Karoline, Matt, and Joy (and earlier, David).  I have loved working with Ben and Lara and Sitraka and the others who work to produce the podcast.  I want to thank all of them for the life-giving work they have willingly shared with me.

I also want to thank all of you for reading our columns and commentary, for listening to our podcasts, and offering us support.  (I will continue on the Narrative Lectionary podcast with Craig and Kathryn.)

So thanks be to God for all of you, for all you do, and especially for preaching the good news.