Forgiveness Is at the Core 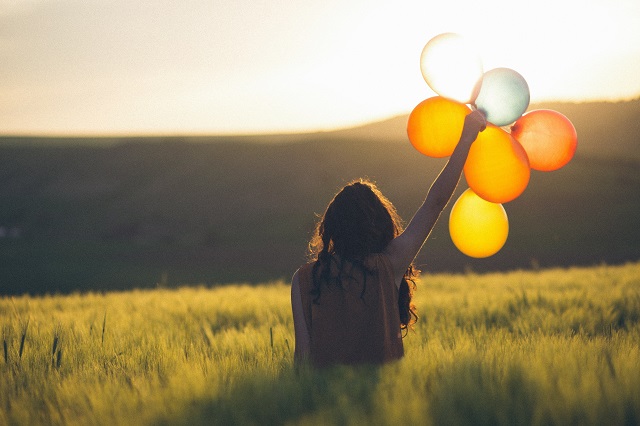 It was an astonishing thing to see.

A young black man sat in the witness stand of a courtroom in Dallas, speaking to the white woman on trial, Amber Guyger, an ex-police officer who had just been convicted of murdering his beloved older brother, Botham Jean, in his own apartment. She had entered Botham’s apartment by mistake, thinking it was hers, mistook him for an intruder, and shot him in the chest.

At her trial a year later, Botham’s heartbroken younger brother Brandt took the stand and told Amber that he forgave her, that he wanted only the best for her, and that he wanted her to give her life to Christ, something that he said Botham would have wanted as well.

And then, after asking permission from the judge and to the astonishment of all present, Brandt walked across the courtroom and embraced the woman who killed his brother. She clung to him, sobbing.1 It was an incredibly moving and courageous example of forgiveness.

That happened only last October. Since then, of course, there have been more killings of unarmed black men and women, killings that have ignited many demonstrations and a long-overdue reckoning on race in the United States.

Brandt’s act of forgiveness last October, and his embrace of Amber Guyger, elicited praise from most people but also some criticism and a discussion of the place of forgiveness in a country plagued by racism. Brandt himself took on that issue when he spoke in December to law enforcement officials who gave him an award for ethical leadership:

“I want you all to know that I am not a threat, that young black males are not inherently dangerous or criminal,” he said in his speech. “I implore you to champion policies and procedures that amplify the value of all lives.”2

Wise words from a remarkable young man. But it is his act of forgiveness that strikes me most this week because forgiveness is the subject of our lectionary readings:

Forgiveness is hard, really hard. We who have suffered far less than Botham Jean’s family know that. It is much easier to be angry, to nurse a grudge. There is something satisfying about reciting to yourself or to others the grievances, big and small, that justify your righteous anger.

And there is always fuel for that fire of anger and bitterness. The politics of the workplace (even in churches) and the nature of human community lead to injustices and offenses, sometimes intentional, sometimes not. Intentional or not, we hurt other people and we ourselves get hurt. It would be great if it was just me and Jesus, but I have to deal with you and you have to deal with me, and again, it is difficult to forgive.

But that is exactly what Jesus calls us to do in today’s Gospel reading. We are to forgive those who sin against us. We are to forgive as God has forgiven us. Our lives are to reflect the nature of the God we worship, a God who is “merciful and gracious, slow to anger and abounding in steadfast love” (Psalm 103:8).

Now, there are some important caveats to make. First, forgiveness is not license for continued injustice, abuse, or oppression. An unrepentant sinner (or an unjust system) cannot be allowed to continue to harm others. That’s what Brandt Jean was saying in his remarks to the police officials. There is need for repentance and reform in many societal systems and in our own lives.

Nevertheless, forgiveness is at the core of our call to Christian discipleship. It is at the core of the Christian Gospel itself. The Gospel is not simply “God loves everyone.” (Though that is true, it is too facile an understanding of the Gospel.) The Gospel is “if anyone is in Christ, there is a new creation: everything old has passed away; see, everything has become new!” And “in Christ God was reconciling the world to himself, not counting their trespasses against them” (2 Corinthians 5:17, 19). The Gospel is “For as the heavens are high above the earth, so great is his steadfast love towards those who fear him; as far as the east is from the west, so far he removes our transgressions from us” (Psalm 103:11-12).

So, as witnesses to the Gospel of Jesus Christ, we proclaim not just that God loves, but that in Christ, God forgives and reconciles and makes new. And we live that out in our lives by forgiving those who have sinned against us.

One more story: Corrie ten Boom was a Dutch Christian woman who was imprisoned in the Ravensbruck concentration camp for hiding Jews in her home. She lost her beloved sister at the camp but after the war, she traveled around Europe, preaching the Christian gospel of forgiveness and reconciliation. She writes of an encounter with a former guard from Ravensbruck whom she recognized at a talk she gave at a German church in 1947. He came up to her afterwards, told her that he had become a Christian, that he knew God had forgiven him, but he wanted to ask for her forgiveness. He held out his hand but she felt nothing but anger for him.

And still I stood there with the coldness clutching my heart. But forgiveness is not an emotion—I knew that too. Forgiveness is an act of the will, and the will can function regardless of the temperature of the heart. “Jesus, help me!” I prayed silently. “I can lift my hand, I can do that much. You supply the feeling.”

And so woodenly, mechanically, I thrust my hand into the one stretched out to me. And as I did, an incredible thing took place. The current started in my shoulder, raced down my arm, sprang into our joined hands. And then this healing warmth seemed to flood my whole being, bringing tears to my eyes.

For a long moment we grasped each other’s hands, the former guard and the former prisoner. I had never known God’s love so intensely as I did then.3

Forgiveness is hard, really hard. But the good news is that where God calls, God also equips. God gives us in Christ the gift of forgiveness and helps us to share that gift with others.

And in doing so, God opens doors that are shut. God opens a future that is shut. By forgiving those who have sinned against us, we do not allow the past to dictate our future.4 Forgiveness breaks the chains of anger and bitterness and frees us to live new lives.

Brandt Jean and Corrie ten Boom and countless other saints teach us by their example what it means to follow a Savior who forgave his executioners from the cross. Thank you for your witness to that same Savior. God bless you as you preach his Gospel of forgiveness and reconciliation in these troubled times.

Your sister in Christ,