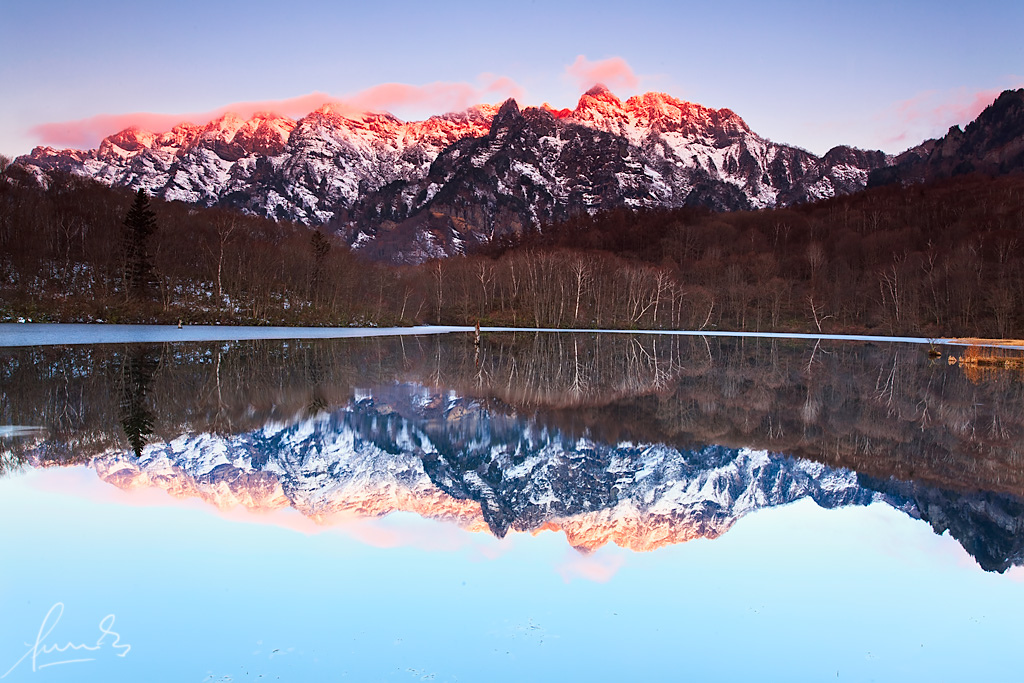 Look it up. What does epiphany actually mean? Of course there will be several possible definitions, but here’s one that caught my attention — an immediate and meaningful understanding of something. Surprising. Sudden. Profound.

Have we thought of Epiphany in this way? Or have our Epiphany anticipations been tilted more toward ecclesial and liturgical expectations? Not that these are bad. But here’s where the Gospel lesson from John that begins Epiphany in Lectionary Year B upsets the proverbial apple cart.

We tend to expect that Epiphany is about the revelation of Jesus. About finding Jesus, witnessing Jesus in various epiphanic moments. It’s not supposed to be about being found ourselves.

But John’s Gospel invites us to imagine that these can be one and the same. That is, finding Jesus in those revelatory moments, those unexpected moments, or even in those transfigural (I made that word up) moments, is also when you find yourself — who you are, who you are called to be. When you realize your identity as a follower, a disciple, and get a glimpse, perhaps a new glimpse — and here is the epiphany — of something you have not seen before when it comes to your own faith story, your own discipleship, your own concept of what it means to believe.

The Gospel lesson from John helps us maintain a connection between Christmas and Epiphany, between incarnation and revelation. Otherwise, Jesus’ humanity runs the risk of fading into the background in favor of Jesus’ divinity.

What is revealed is what it means that God became human. That God entered into our world, no longer satisfied just to be with us but now has to be one of us. I think when that happens, we change too. Our humanity changes. Suddenly, who we see ourselves to be can be no longer remain the same because we have seen God in who we are. That just has to change the perception of ourselves.

Sometimes, a lot of the time, we don’t want to be found. Let’s face it, being found is not always a good or comfortable thing. Nor, if we are honest, are epiphanies.

Maybe this epiphany season might take on a mirror effect. That is, when you hear these texts, when you look for Jesus, when you experience these revelatory moments of Jesus, you simultaneously see something about yourself.

That’s relationship. Epiphany cannot be all one sided. It can’t just be “oh look, Jesus, cool. Wow.” You then have to ask, so what? Not only for the sake of your theological and Christological commitments but also for the sake of who you are as one who answers the call, “follow me.”

Left off the lectionary passage this week is that Jesus does not do the finding first, Andrew does. He finds Simon Peter. Yes, Jesus finds Philip. He will find the man born blind whom Jesus healed after he had been thrown out for his confession about Jesus (9:35). When the blind man is found, he is changed. He is a disciple. He is a sheep. He recognizes who Jesus is. He worships him. Jesus will find the disciples locked behind closed doors and then, and only then, are they sent out. Jesus will find the disciples fishing on the Sea of Galilee and Peter’s expectations of discipleship will be radically altered when Jesus says to Peter, “you are the Good Shepherd now.”

This is the reluctance to being found. Let’s admit it. Because to be found is not only to be known — it will change your life.

Epiphany is a short season. Not much time to reflect what you want to find out about yourself and what you don’t. Expect to discover many things about Jesus. But in the process, anticipate learning something about yourself. We can’t dare assume that we are unchanged by what we witness. Sometimes the change is monumental. Sometimes incremental. Either way, something will happen. Something epiphanous!

But before you invite your parishioners to embark on such a self-reflective journey, you might commit to your own. To keep a journal, notes, whatever of how you are changed when Jesus reveals himself to you. I am not a big journal keeper and was never good at diaries. I had all kinds of intentions that quickly faded away after the newness of the first few days. We are very good at Lenten disciplines, maybe so as to appease our lack of success at New Year’s resolutions. What would happen if Epiphany is the new Lent?

Of course “finding yourself” or being found takes on numerous forms, too many to articulate in this column. But you know what I am talking about. And you know what it feels like to be found — a simultaneity of fear but also a profound sense of peace.

Maybe that’s even what this season is all about. If we do indeed stake our theology on the incarnation, well then, Jesus, God has something at stake as well. God has chosen to be found, to be known, in the most intimate way possible. If God truly became human then we should not expect that God is immune to our same fears. When God chooses to reveal God’s self in Jesus this season of Epiphany, well, God is also on the line with the same realities of rejection, of questioning, of being exposed, of being known — fully.

Jesus first says to his followers, “come and see.” This Epiphany season, see Jesus. See God. But also, see yourself. All of which might truly be epiphanies. And, I am guessing, nothing you expected.