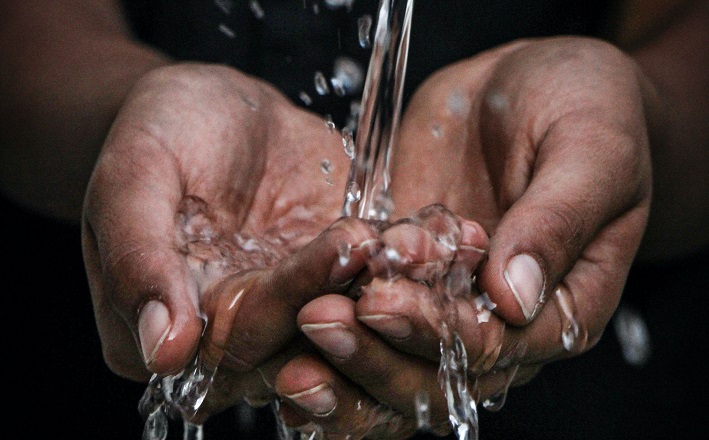 Photo by mrjn Photography on Unsplash; licensed under CC0.

I want to tell you a story this week, Working Preacher.

Not necessarily because I think it will help you write a sermon (there are good lectionary essays on this website to help you with that) but because I’m hoping the story will encourage you.

Because, let’s be honest, we could all use a little encouragement. At this beginning of Lent, it feels like we have been in Lent since last March. Plus, many of us in North America have been in a “polar vortex” deep freeze all week, and the news has been full of political gloom.

So, a story, both to remind you of the immense privilege of your calling to proclaim the Gospel of Jesus Christ, and also to testify to the power of that Gospel for transformation and healing in a world that needs both.

The story isn’t mine, though I played a small part in it. The story belongs to my friend Katie Langston, and she has given me permission to tell it. (If you want to read more, Katie shares her story movingly in a forthcoming spiritual memoir.)

Katie came to Luther Seminary several years ago as a student. She was unusual among our students in that she was raised in the Church of Jesus Christ of Latter-day Saints and had joined the Lutheran church only a short time before entering seminary. Growing up, Katie did all the things that a good Mormon girl is supposed to do. She was baptized into the faith at age eight and inducted into the rituals of the Mormon temple as a young woman. She was a missionary to eastern Europe at age 21 and got married to a lovely Mormon man after returning. She had their first child in her mid-twenties.

But Katie wrestled with excessive scrupulosity. She was plagued by a constant feeling of terror that she was not worthy, that she could never live up to what God demanded of her. That terror was only reinforced by the Mormon practice of “worthiness interviews,” regular one-on-one interviews with the local bishop, who asks personal and probing questions about one’s conduct, including one’s sexual conduct.

Katie, who by all outward standards was living up to the Mormon expectations of a young woman’s role and conduct, was spiritually miserable. An honest and self-aware person, she knew that she could never be worthy of God’s love. And she was terrified because she was taught by her church that if she did not live up to God’s expectations, God would abandon her.

And then Katie attended a lecture by an evangelical scholar. And he spoke about God’s love and God’s mercy—given not to those who are “worthy” but to those who are devastated by their own sin and brokenness. And something began to heal inside her.

Katie gradually left the Mormon faith, and was eventually drawn to the Lutheran church because of its emphasis on grace. When she ended up at Luther Seminary, she took one of my classes and we began to talk about the differences between Mormon teaching and orthodox Christian faith.

Eventually, over the course of many conversations, Katie realized that she needed to be baptized again. (The LDS Church baptizes explicitly into the LDS Church, not into the holy catholic Church, the global Body of Christ.) Katie asked me to do the baptism.

It was a simple ceremony with Katie’s husband Lanny and a group of her friends, including fellow students and the campus pastor Justin. We read a number of Scripture passages that speak of water and talked about the role of water in creation and in new creation. One of the passages was Mark 1, our text for this Sunday. And in my homily, I contrasted the Gospel with what Katie had been taught about worthiness:

Together, those gathered renounced “all the forces of evil, the Devil and all his empty promises.” Together, we confessed our faith in the Triune God: “I believe in God the Father Almighty, creator of heaven and earth. I believe in Jesus Christ, his only Son, our Lord … I believe in the Holy Spirit, the holy catholic Church…”

I scooped copious amounts of water out of the baptismal font with an earthenware jug and poured it over Katie’s head as she knelt in a small kiddie pool on the chapel floor: “I baptize you in the name of the Father, and of the Son, and of the Holy Spirit.”

And when the time came for the anointing with oil, I described its symbolism this way: “In marking the sign of the cross on your forehead, I am branding you, in a sense. The sign is there, invisible, but there to remind you for all your coming days who you are and Whose you are. God will never, ever let you go, Katie, and God will never abandon you.” And then, of course, the words of the baptismal liturgy, as I marked the sign of the cross on her forehead: “Katie, child of God, you have been sealed by the Holy Spirit, and marked with the cross of Christ forever.” Tears welled in her eyes.

The next day, Katie sent me a letter, and in it, she wrote this:

In the Mormon temple ceremony, there’s a film with the characters of Heavenly Father, Jesus Christ, Peter, James, and John, and Satan. Each of these characters interacts with Adam and Eve (who we are to understand represent us) along the way. There is a part in the film when Satan looks directly into the camera and says, “I have a word to say concerning these people. If they do not live up to every covenant they make at these altars in this temple on this day, they shall be in my power.”

I have carried the fear that I am in Satan’s power for a long time. A friend said to me a few months ago that she felt I was engaged in spiritual warfare and had been for a while. Last night, the entire baptism ceremony—but particularly the moment when you anointed me with the sign of the cross and talked about how God would never, ever let me go—did something. The darkness left. I feel noticeably different today than I did yesterday. Something that had been broken inside me for a very long time was put back together.

Praise God! Now, this sounds obvious, of course, but after reading Katie’s letter, the thought that occurred to me immediately was, “Wow! This really works!”

This really works. This Gospel message of God’s love and mercy in Jesus Christ, God’s forgiveness of sinners, God’s resurrection power that defeats the forces of sin, death, and Satan; God’s children being claimed in the waters of baptism—this really works!

I hope you know that, Working Preacher; I hope you have experienced it yourself recently. But if you haven’t, if the forces of sin and death seem all too powerful these days, I hope this story might serve as encouragement for you.

As you preach, as you teach, as you baptize, remember this: The Holy Spirit, working through the Gospel of Jesus Christ that you proclaim, has power over “all the forces of evil, the Devil, and all his empty promises.” We are proclaimers of and participants in God’s in-breaking kingdom, where prisoners are set free, where wounds are healed, and where God’s children are named, “Beloved.” What an immense privilege.

Thank you for your faithfulness in proclaiming that Gospel.