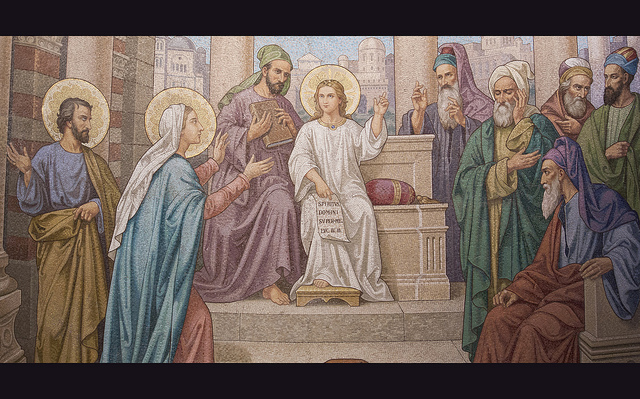 “By what authority are you doing these things? And who gave you this authority?”

I have a not-so-short list of persons to whom I would like to address these questions. How about you?

When it comes to questioning someone’s authority, it is rarely just an issue of observation or objectivity. Rather, much like the story in Matthew for this Sunday, there are usually ulterior motives in our inquiries. In the case of the chief priests and elders, their questioning of Jesus’ authority comes from a desire to trap Jesus. Yet, trap him in the act of what exactly? What do they hope to accomplish in questioning Jesus’ authority? We might ask the same questions of ourselves in similar circumstances.

A clue to the motives behind and function of this conversation around authority is its placement in the story. Location, location, location — critical when purchasing real estate and when doing biblical interpretation. Two details about the location of this conversation are noteworthy. First, this discussion of authority comes immediately after Jesus’ entry into Jerusalem and the temple incident. Actions that do not coincide with a perceived warrant to do so are certainly cause for inquest. Second, Jesus is in the temple itself, symbolic of authority and power, primarily of God. In other words, the location of this story suggests that a major factor when it comes to determining authority is the connection to when and where and why it needs to be defined.

This dialogue between Jesus and the Jewish leaders also suggests that we tend to ascribe authority based on its perceived origin. The supposed source will govern whether or not authority is attributed. This is how many typically assign authority to the Bible. The Bible is authoritative because it comes from God. Period. Or, “the Bible is the sole authority for my life.” Really? To help our congregational members realize that the Bible, or even any authority figure in our lives, including Jesus, has authority not simply based on some sort of ontological claim, but because it has become essential for making sense of our world, it has an actual effect on how we live our lives, or how it offers a particular perspective that resonates with other values and commitments, is worth some attention in a sermon.

The meaning or definition of authority is complicated, primarily because there is no one meaning. While we may long for an easy litmus test of sorts to adjudicate authority properly, unfortunately, an understanding of authority in one instance does not mean it will be the same in another. Authority seems contextually defined, although we may have a hard time admitting that. And that might even make us nervous. How do we arbitrate authority if its definition can change on a whim?

Of course, it isn’t a whim. How we define and allocate authority is deeply intertwined with its function in a particular time and place. Moreover, Jesus’ presence in the temple suggests that authority issues are best discussed in community. And questions of authority are even more present and potent in times and circumstances when it seems like it’s anyone’s for the taking. Case in point, first century Judaism — and most certainly 21st century maneuverings for power and control.

It would be one thing if a good part of this discussion on authority were simply theoretical — that we could get by with a sermon on the nature and function of authority in general or that it is always healthy to reassess to what or to whom we accredit authority in our lives. But the tricky part is that as a preacher, as a pastor, you have a heck of a lot of people ascribing authority to you — and sometimes for no other reason than you are the pastor.

What do you do with that kind of authority? How do you tend an authority given to you simply for the reason of your office?

So while it is important to consider those realities and persons who have authority in our own lives and ask our parishioners to do the same, as preachers, we need to consider, perhaps more frequently than we do, that we are authority figures for others.

When do we reflect responsibly on the authority imparted to us? How do we use our authority? Or misuse it? In what way is our authority perceived? Perhaps here is where Philippians should be echoing in our minds and in our sermons. To summarize, that authority has something to do with being of the same mind, the same love, doing nothing from selfish ambition or conceit, but in humility regard others as better than yourselves; not looking to your own interests, but to the interests of others; being of the same mind that was in Christ Jesus, who, though he was in the form of God, did not regard equality with God as something to be exploited, but emptied himself. Love, selflessness, humility, regard for the other, caring for the other, emptying, vulnerability — not the usual characteristics associated with authority.

We all have authority issues. This may be the week to figure out our own.

Grace to you and peace,