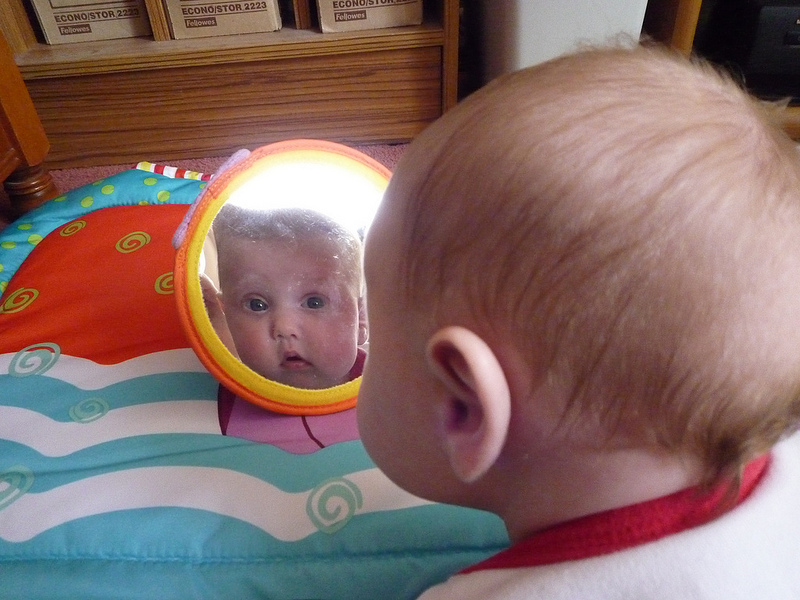 We’re at one of those junctures where the church calendar that we who lead congregations pay attention to collides with the “secular” calendar by which the rest of our people (and, most of the time, we also) lead their lives. According to the church calendar, Jan. 5 is the twelfth of twelve days of Christmas, the final day of feasting that leads from the celebration of Jesus’ birth to the arrival of the magi (or Jesus’ baptism, depending on your tradition). But as far as the rest of the world is concerned, it’s the fifth day of a new year, Christmas is a distant memory, most of our resolutions have already failed, and we’re now back to school or work and all the ordinary challenges and mundane activities that all too often feel more like a daily grind than daily life.

Which is precisely why we need a reminder that Christmas isn’t just a holiday or festival but rather witnesses to a reality that permeates our whole life. And there could be no better passage to remind us of the ongoing significance of Christmas than this passage from John. Why? Because John invites us to contemplate a non-sentimental Christmas that fills us with hope and joy the whole year.

Here are three thoughts toward preaching the kind of sermon that punctures through ordinary, everyday time with the extraordinary news of Christmas:

First, notice that John’s “Christmas story” dallies not with angels or shepherds and seems to know nothing of a young mother or magi. Indeed, John’s story is hardly about the birth of Jesus at all but instead focuses on the difference that birth makes for all of us. Let me explain.

There are, on the whole, just two crucial lines that deal with Jesus’ birth and what we often call the Incarnation. John 1:1 is the first: “In the beginning was the Word, and the Word was with God, and the word was God.” The second comes at verse 14: “And the Word” — that was with God and is God — “became flesh and dwelt among us.” There it is: John’s Christmas story, the story of God becoming human, taking on our lot and our life that we might live and love and struggle and die with hope.

But that’s not all John offers, which brings me to the second thing that invites our consideration. Because, as I mentioned, while John sums up the Christmas story in just two lines, he spends more time on the significance of Christmas by shifting attention from Jesus’ birth to ours. In fact, John is actually less interested in the birth of a babe at Bethlehem than he is in the birth of you and I as children of God.

Listen, again, to the verses we often skip over in our haste to get to the close of his two-verse Christmas story:

He was in the world, and the world came into being through him; yet the world did not know him. He came to what was his own, and his own people did not accept him. But to all who received him, who believed in his name, he gave power to become children of God, who were born, not of blood or of the will of the flesh or of the will of man, but of God.

Did you catch that? Jesus came that we might become children of God. Children that is, who are not dominated by the circumstances in which we find ourselves, not defined by our limitations or hurts, and whose destinies are not controlled by others. Rather, we are those individuals who know ourselves to be God’s own beloved children.

To fully appreciate the significance of what John is saying, I think we need to distinguish briefly between those things that describe us and those that define us. All too often, I believe, we allow certain elements of our life to dominate and define us. Things like our upbringing or interests, our good experiences and our bad ones, our current marital state or our sexuality, our past triumphs or tragedies. Don’t get me wrong, these things matter and are what I would call descriptively true. But all too often we allow them not just to describe parts of our life but to define us completely. In these verses, John invites us to hold all of the ordinary things that describe us as important but insufficient, as valuable but partial, as meaningful but not definitive. What is definitive — and therefore more important than all the good or bad things we carry with us — is that God has called us God’s own children, individuals who hold infinite worth in God’s eyes, deserve love and respect, and will be used by God to care for God’s beloved world.

Can we imagine that? That Jesus came and was born, lived, died, and was raised again not simply to pay some obscure “penalty for sin” but rather to remind us and even convince us that God loves us more than anything?

More than that, can we practice it?

Which brings me to the third thing I want to suggest for a Christmas sermon in early January. I’d like you to invite your people to begin on this day and continue for the rest of January a simple but profound exercise.

Once every day — and it will be easier if it’s the same time each day — look in the mirror and say the following: “I am God’s child, deserving of love and respect, and God will use me to change the world.”

Sounds simple, doesn’t it? But in my experience, these words are actually rather hard to say and even harder to believe. Which is why we need to do it every day for the rest of the month. Because the first few times you say it, you’re likely not to believe it; that is, all those descriptive things about you — especially those that are difficult or that you don’t like — will begin to creep in and voice doubts about what you are confessing.

It will sound different for each person, of course, but many of these negative messages will likely run something like this: “You, a child of God? But what about your failed job or marriage? What about when you disappointed your parents or children? And don’t forget about all the missteps and mistakes you’ve made. Yeah, maybe God loves you, but you don’t really deserve that love, and you’re certainly not in a position to change yourself, let alone the world.”

This is why John’s unsentimental Christmas message is so important. Because in the face of all these messages — many of which are rooted in something that is descriptively true (we have made mistakes, disappointed ourselves and others, and all the rest) — John asserts that what is definitively true about each and everyone of us is that Jesus gives each one of us the “power to become children of God, who were born, not of blood or of the will of the flesh or of the will of man, but of God.” And nothing can change that.

So start by having them say those words aloud — right now, in the middle of the sermon — and then invite and even implore them to do so every day for the rest of the month.

So that’s my counsel this week, Working Preacher: Proclaim John’s unsentimental Christmas five days into a new year already surrounded by failing resolutions and facing an uncertain future, so that we may hear again the astounding message that God has called us to be God’s own beloved children and has marvelous things in store for each of us.

More than that, don’t just preach it, put it into practice. For your parishioners this Sunday and for yourself starting today. Because you know what? You, too, are God’s child, worthy of love and respect, and God will do — heck, already is doing! — incredible things through you.

P.S.: I know some of these ideas sound a little hokey, Working Preacher, but imagine for a moment what would happen if even a fraction of our people started repeating this affirmation daily and, repeating it, believed it and, believing it, lived it and, living it, shared their faith and changed the world. So thanks for giving it some thought.