A Season for Truth Telling 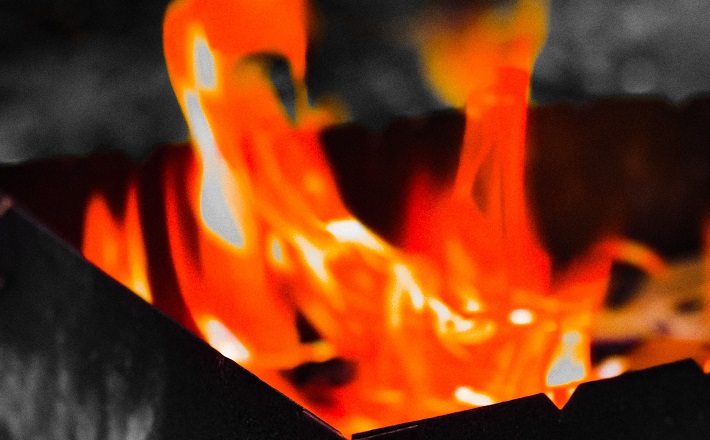 It’s easy to think of Advent as the leisurely, candle-lit path to Christmas. Coming on the heels of Thanksgiving, it is often presented as a time of expectation, preparation, hope, generosity, and gratitude.

This hopeful vision of Advent shares something with Baruch 5, the deuterocanonical text for this week:

Take off the garment of your sorrow and affliction, O Jerusalem,
and put on forever the beauty of the glory from God.
Put on the robe of the righteousness that comes from God;
put on your head the diadem of the glory of the Everlasting;
for God will show your splendor everywhere under heaven.
For God will give you evermore the name,
“Righteous Peace, Godly Glory” (Baruch 5:1-4).

Baruch 5 draws beautifully upon promises first uttered in the book of Isaiah. It’s a moving poem pulsing with unalloyed hope. As such it fits comfortably within the generally sanguine character of Advent texts.

But there are other more disconcerting forces at work in Advent alongside hope. To use the old-world language: Advent is also a season of fire and brimstone. It’s a time of judgment, upheaval, and refinement. As such, Advent weaves together Christianity’s most enduring themes about a God who enters the muck of this world in order to save it.

Malachi 3:1-4 is the penultimate chapter in the Protestant Old Testament. Read in canonical order, this text is among God’s final prophetic words to Christians before the Messianic Son of God arrives on the scene in the book of Matthew. Malachi 3 focuses on “my messenger,” who is sent ahead of the Lord’s arrival (verse 1). Malachi’s audience celebrates the messenger (verse 1), no doubt because his mission culminates in the appearance of Yahweh at the temple, Israel’s holiest and most sacred site.

But the oracle takes an abrupt and disturbing turn when we learn that day of Yahweh’s return is nearly unbearable:

But who can endure the day of his coming,
and who can stand when he appears?
For he is like a refiner’s fire and like fullers’ soap;
he will sit as a refiner and purifier of silver,
and he will purify the descendants of Levi and refine them like gold and silver,
until they present offerings to the Lord in righteousness (Malachi 3:2-3).

The lectionary stops at verse 4, but Malachi is not finished yet with his audience:

Whatever Malachi means by “refinement,” it includes identifying and exposing acts of unfaithfulness. Yahweh’s fiery, refining love burns for those who suffer and are mistreated in this world. For those left out in the cold, the divine fire provides warmth. For those who break faithfulness with God and neighbor, the fire singes and purifies. In Malachi, Yahweh’s judgment attacks human indifference, along with its tempting tendency to view oppressed workers and vulnerable people as just another feature of the created order.

Nobody understood this last point better than Abraham Joshua Heschel:

Indeed, the sort of crimes and even the amount of delinquency that fill the prophets of Israel with dismay do not go beyond that which we regard as normal, as typical ingredients of social dynamics. To us a single act of injustice—cheating in business, exploitation of the poor—is slight; to the prophets a disaster. To us injustice is injurious to the welfare of the people; to the prophets it is a deathblow to existence: to us, an episode; to them, a catastrophe, a threat to the world.1

Malachi 3 reminds us that the world into which the Messiah comes is at a cosmic breaking point. In Pauline language, creation “groans” (Romans 8:22). Human beings’ excessive and persistent unfaithfulness to God and one another threatens to undue the created order. For the sake of that world, God sends a messenger to announce God’s coming.

For Malachi all of this fire and fury is ultimately good news, because it represents nothing less than Yahweh’s relentless and unchanging mercy across all generations. It is that kind of unbreakable faithfulness that ensures Israel’s persistence as a people: “For I the Lord do not change; therefore you, O children of Jacob, have not perished” (Malachi 3:6).

The gospel reading this week (Luke 1:68-79) is a prophecy from Zechariah that describes a similarly disturbed world. The savior lauded in the oracle comes to a people in need of rescue (verse 74). They suffer under the heel of Roman oppression (see Luke 2:1), sit in the shadow of death (verse 79), and are surrounded by “enemies” (verses 71, 74).

It is notable that Zechariah’s prophecy remains partially unfulfilled. The messenger, his son John the Baptist, came and prepared the way for the Lord (Luke 1:76), and the “mighty savior” and “servant of David’s house” arrived as predicted (verses 69-70). But Jesus left his people under the oppression of the Romans; the shadow of death continues to overshadow all life; peace on earth is temporary at best; and human beings still make enemies of one another. Jesus came to a world in dire need of rescue and he left it in much the same state. Whatever victory Jesus secured exists primarily in the realm of hope (see Hebrews 11:1).

Both Malachi 3 and Luke 1 remind us that Advent is a truth-telling season. These texts are true because they describe the world as it is, with all its brutality and pain. But they are also true because they confess that hope exists within the tragic mess—and most especially in the life, death, and resurrection of Jesus, who came to us as a first-century Jew, continually comes to us in word and sacrament, and promises to come once again to make God’s ancient promises into lived reality. Advent is a season for naming both the pain and the hope.