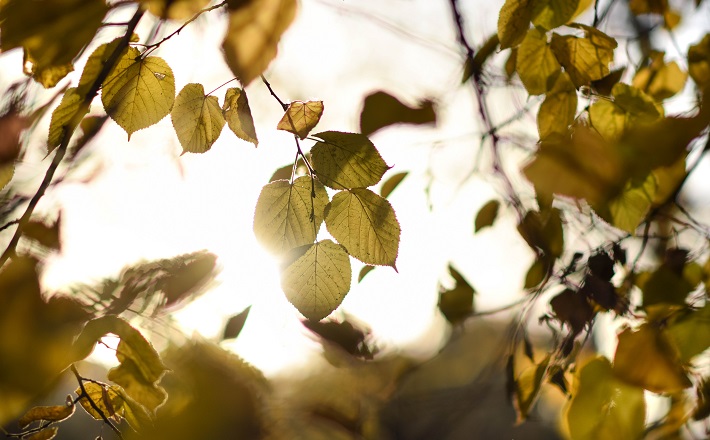 Photo by Dmitry Bukhantsov on Unsplash; licensed under CC0.

Last June, almost a year ago, we planted a cherry tree in our back yard. It was the day before our eldest, Esther, graduated from high school and we wanted to commemorate the occasion in some way. So, I ordered a cherry tree from a local nursery and we dug a good-sized hole right outside the window of my home office, removed rocks, added some compost to the hole and planted the tree, firming the soil around its base. Then we watered the tree faithfully for several weeks until it was firmly established.

“Tree” may be too grandiose a word for it. It is just a sapling, its trunk about as thick as a broom handle, and it stands only about four and half feet tall. We fenced it in last fall with some chicken wire to protect it from rabbits and deer. It looked small and fragile outside my office window all winter as snow and winds pelted it, but lo-and-behold, buds appeared on it in March. Just a few days ago the leaves came out and now there are several sweet-smelling white blossoms adorning its branches.

I’m sure we won’t get many cherries this first year, but I look forward to future harvests and to the leaves of the tree dappling the sunlight that pours through my office window in the heat of summer.

There is something deeply hopeful about planting a tree. We can’t know what the years will bring of heartache and joy, but planting a tree is an earnest of hope for the future. I have a letter from 50-some years ago, written by my Grandma Esther in small-town Missouri to her son, my Uncle John, drafted by the Army and stationed in Germany. In it, she tells him that she has been given a linden tree from her friend and cousin, Leola. She doesn’t know if it will survive, being a tiny sapling, but she’s planted it in the back yard.

As it happens, that sapling grew to be a beautiful, tall linden tree. My sisters and I used to climb its large, graceful branches, as easily as climbing a ladder. The lower branches, spreading out in a wide arc, weren’t far from the ground, and they forked in just such a way so that you could lie on your back as if in a lounge chair and gaze up through the fluttering, heart-shaped green leaves to the blue sky above. The tree was a neighborhood treasure; the Lutheran elementary school across the street (where we had all been students) would often bring their young children over to play in and around that linden tree. And that tree was a sign of family to me, so much so that my husband and I had our wedding rings designed by a jeweler with linden leaves engraved in the gold. A sign of family, of rootedness, of hope.

The reading from Revelation this week speaks, too, of a tree and a river:

Then the angel showed me the river of the water of life, bright as crystal, flowing from the throne of God and of the Lamb through the middle of the street of the city. On either side of the river is the tree of life with its twelve kinds of fruit, producing its fruit each month; and the leaves of the tree are for the healing of the nations (Revelation 22:1-2).

John the seer reaches back through the biblical narrative to the creation story in Genesis, where “a river flows out of Eden to water the garden” and in the center of the garden is the tree of life (Genesis 2:10; 3:22). He also echoes a similar vision in Ezekiel of the new Jerusalem, where the river of life that flows from the Temple turns the salty Dead Sea into fresh water teeming with fish. And on both banks of the river grow fruit trees of all kinds:

Their leaves will not wither, nor will their fruit fail. Every month they will bear fruit, because the water from the sanctuary flows to them. Their fruit will be for food and their leaves for healing (Ezekiel 47:12).

What a beautiful vision of the new Jerusalem, a place where garden and city meet, where the river of the water of life flows from God’s own throne to water the trees whose leaves are for healing and whose fruit never fails. It is a vision to anchor our hope in these times when hope seems to be a scarce commodity.

Grandma Esther wrote her son, my Uncle John, every week during his tour of duty, in a time perhaps not too dissimilar from our own—the mid- to late-1960s. The Vietnam War was intensifying, there were bitter political and cultural fights, deep division, and mistrust of authority. Her letters don’t reflect much of this larger social turmoil, except to note which of John’s friends have gotten drafted. She writes about worship services and church social events and she fills him in on the news of family and friends, but the worry she feels about him and the wider world sometimes creeps into the letters. “You are always in our thoughts and prayers, our dear son. May God grant you protection.”

It is in this same time period that Wendell Berry, Kentucky farmer, agrarian poet and author, writes this short poem, titled “February 2, 1968”:

In the dark of the moon, in flying snow, in the dead of winter,
war spreading, families dying, the world in danger,
I walk the rocky hillside, sowing clover.1

An earnest of hope in a world gone mad. I love this poem, not only because it is written on the very day I was born, but because it speaks of defiant hope. In a world filled with so many reasons to despair, Berry tills the soil and sows a crop. Exiled to an island prison, John writes of the new Jerusalem, where the tree of life will be available to all who are hungry, its fruit for food and its leaves for the healing of the nations.

You have the same task these days, dear Working Preachers. You are called to preach a defiant hope. You are called to sow seeds of faith, hope, and love through the power of the Holy Spirit, always lifting up that vision of the new Jerusalem, where God will dwell with God’s people, wiping every tear from their eyes, and making all things new (Revelation 21:3-5).

Thank you for your faithfulness in this calling. God give you rest and renewal in this season of tilling and planting, and God give you grace to see the fruit of your labor.