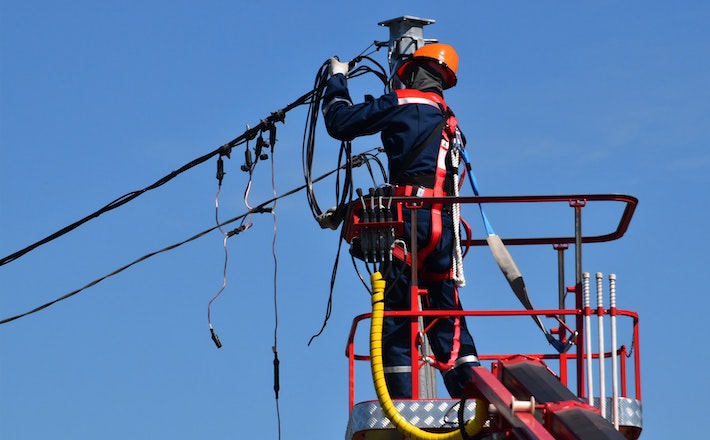 Photo by Anton Ehmitrich on

Nothing lets bad news take root like a delay.

According to Mark 9:2, Jesus’ transfiguration took place “six days later.” What had happened six days prior? In 8:27, Jesus and his disciples were ministering in the villages surrounding Caesarea Philippi. While under way, Jesus had asked them, “Who do people say I am?” A variety of answers were given: John the Baptism, Elijah, one of the prophets. But Peter alone responds with, “You are the Messiah” (8:29).

And that’s where the bad news begins.

Jesus goes on to tell his disciples that the Son of Man must “undergo great suffering, and be rejected by the elders, the chief priests, and the scribes, and be killed, and after three days rise again” (Mark 8:31). But Jesus’ life wouldn’t be the only one in danger. According to him, disciples must follow in the way of their master: “If any want to become my followers, let them deny themselves and take up their cross and follow me. For those who want to save their life will lose it, and those who lose their life for my sake, and for the sake of the gospel, will save it” (8:34-35). The way of Jesus leads to death, but death with Jesus leads to salvation.

A glimpse of glory comes six days later while Peter, James, and John were with Jesus on a mountain. The experience unfolds in three parts:

Jesus orders them not to reveal what they had seen until “the Son of Man had risen from the dead” (Mark 9:9). Peter (understandably) responds with fear (9:6). After all, five verses earlier Jesus had told them that some among them “will not taste death until they see that the kingdom of God has come with power” (9:1). For all he knew, that moment was now.

This experience is brimming with Old Testament echoes, beginning with the two figures who join Jesus: Moses and Elijah. In their own time, both men experience significant opposition as a result of their public callings. Both also had mountaintop encounters with God. Surrounded by a similar cloud of glory, Moses received the law and commandments. Elijah’s encounter with Yhwh on the same mountain was equally dramatic, but also significantly more ominous. The prophet flees his victory on Mt. Carmel (1 Kings 18:16-46) to seek refuge from Jezebel’s threats on Mt. Sinai/Horeb (1 Kings 19:1-9). Elijah’s revelation ultimately leads to his decommissioning (1 Kings 19:15-18) and to the eventual transfer of his mantel to Elisha (2 Kings 2:1-12).

Jesus’ transfiguration also hearkens back to Malachi 4—the final verses of the Protestant Old Testament—where both Moses and Elijah appear in an oracle about a future day of judgment:

Remember the teaching of my servant Moses, the statutes and ordinances that I commanded him at Horeb for all Israel. Lo, I will send you the prophet Elijah before the great and terrible day of the LORD comes. He will turn the hearts of parents to their children and the hearts of children to their parents, so that I will not come and strike the land with a curse (Malachi 4:4-6).

Jesus discusses this verse with his disciples later in Mark 9:10-13, where the ministry and death of John the Baptist is interpreted as the coming of Elijah. With the coming of Elijah already in the past, the “great and terrible day of the LORD” could not be far off (see Mark 9:1).

Finally, Moses and Elijah also share with Jesus strange but meaningful deaths. Moses dies atop Mt. Nebo, having seen the land promised to Israel’s ancestors (Deuteronomy 34:1-4). His death occurs under strange circumstances. In Hebrew he died, “at the command/mouth of Yhwh” (‘al pi Yhwh, Deuteronomy 34:5). Yhwh himself buries Moses in a hidden location (Deuteronomy 34:6). Elijah is taken to heaven in a whirlwind (2 Kings 2:11-12).

On Sinai/Horeb, Israel received the gift of the law to structure its life. On the same mountain, Elijah received a revelation about his calling as a prophet. On the mountain of transfiguration, the disciples receive a revelation of Jesus as God’s Son—“the light of the knowledge of the glory of God in the face of Jesus Christ” (2 Corinthians 4:6), to use Paul’s language. The same divine voice that appears in Jesus’ baptism (Mark 1:11) and to Moses and Elijah at Sinai, affirms that Jesus is the Son and that they should “listen to him!” (Mark 9:7).

But what has Jesus been saying?

For the past six days, Jesus’ painful and disturbing words have been ringing in their ears and taking root in their hearts: that the Son of Man must suffer and die, that he will rise out of death, and that his followers will walk a similar path (Mark 8:31-38).

The way of Jesus is the way of the cross: “For those who want to save their life will lose it, and those who lose their life for my sake, and for the sake of the gospel, will save it” (Mark 8:35). It’s a path in which victory looks like defeat, in which restoration looks like loss, and in which life looks like death. It’s a calling that grates against our longing for prestige, attacks our addiction to “likes,” and disregards our deep need to be validated by the world.

The sequence of events is important. The revelation of Jesus’ death in Mark 8 precedes the revelation of his glory on the mountain in Mark 9. We only truly see the messianic radiance of Jesus ministry when we look squarely at his God-forsaken death. The “logic” of the cross is a logic of opposites. Mark makes this point with apocalyptic clarity: Jesus recites a lament, lets out a cry and dies. Creation itself reacts with darkness (Mark 15:33), the curtain of the temple is torn (Mark 15:38; see also 1:10), and a lone centurion recognizes what has happened: “Surely this man was God’s Son!” (Mark 15:39).

We encounter the God of creation in the broken body of the crucified Jesus. Unjustly incarcerated and brutally murdered, this Jewish messiah is “the light of the gospel of the glory of Christ, who is the image of God” (2 Corinthians 4:4).

The glory of Jesus’ messianic ministry is a dangerous revelation. It threatens the gods of this age, so much so that they cloud the vision of unbelievers so that they cannot see the light of the gospel.

Paul reminds us that the preaching of the gospel is a weighty responsibility and not simply a matter of words and opinions. To preach the gospel is to enter the apocalyptic fray, where creation itself is at stake.