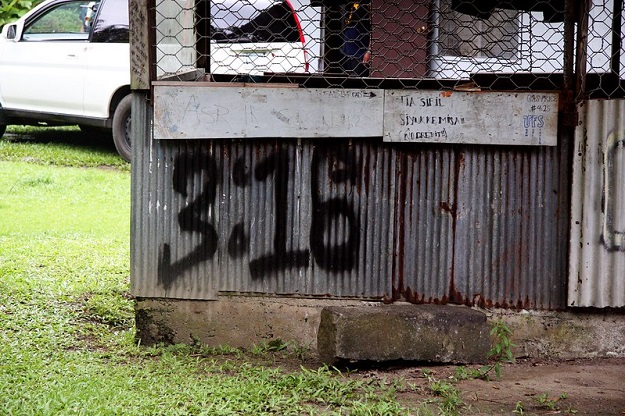 Thank you for preaching the good news. The world is so full of bad news, sad news, angry news, judgmental news, scary news, divisive news, death news. Those who live in the world are so bombarded by that which degrades and divides, shames and blames, threatens and frightens. And the world so desperately needs to hear that which is truly good and truly news—that Jesus saves. That Jesus is life itself—abundant life.

This week’s Gospel lesson includes what may be the most beloved and well-known verse in the Christian Bible: John 3:16.

There is a good reason the verse is so beloved—it states with eloquent brevity the good news of Jesus Christ. “God so loved the world that he gave his only Son, so that everyone who believes in him may not perish but may have eternal life.” John 3:16.

The verse is so well known that you don’t even need the word “John.” Last week, while attending my son’s high school basketball game, I saw a guy wearing a hat that simply read: 3:16. That says it all.

Indeed, God did not send the Son into the world to condemn the world, but in order that the world might be saved through him. Those who believe in him are not condemned; but those who do not believe are condemned already, because they have not believed in the name of the only Son of God. And this is the judgment, that the light has come into the world, and people loved darkness rather than light because their deeds were evil (John 3:17-19).

I am particularly thinking about these words—“those who do not believe are condemned already.”

Jesus is describing that even before he came into the world, the world was already condemned. That is, it was already a world under judgment. A world of bad news.

This is quite similar to what Paul teaches in Romans 1. There, Paul begins his theological argument by naming the reality that the world is already under condemnation: “For the wrath of God is revealed from heaven against all ungodliness and wickedness of those who by their wickedness suppress the truth. For what can be known about God is plain to them, because God has shown it to them” (Romans 1:18-19). I rather like Eugene Peterson’s lovely paraphrase of this section of Romans. Peterson translates,

But God’s angry displeasure erupts as acts of human mistrust and wrongdoing and lying accumulate, as people try to put a shroud over truth. But the basic reality of God is plain enough. Open your eyes and there it is! By taking a long and thoughtful look at what God has created, people have always been able to see what their eyes as such can’t see: eternal power, for instance, and the mystery of his divine being. So nobody has a good excuse. (Romans 1:18-22; The Message)

And all of this—both what Paul writes in Romans and Jesus says in John—is confirmed by my daily experience. Every day, I listen outside of myself and hear plenty of preachers preaching bad news. And every day, I look inside of myself and see someone who is utterly broken, completely in need of salvation.

Last week, a friend of mine reminded me how a beloved teacher of ours once said, “You don’t need to tell people how bad they are, they already know it. You just have to tell them how good Jesus is.”

That bad-news world—the world that was already under condemnation—was the world into which Jesus himself was born as The Word Made Flesh. Whose life was itself a good-news sermon. As another friend of mine has often said, “God has spoken a world of love and salvation to the entire world—his name is Jesus.”

John 3:16 and 3:17-19 remind us that your beloved task as a Working Preacher is simply to preach the good news in a world that is already full of bad news.

So, to borrow a phrase from the beloved preacher who preached good news to the exiles in Babylon, “Get ye up to a high mountain [or a slightly raised chancel or pulpit] and preach good news.” The news that in Jesus Christ, God is at work reconciling himself to the world, not counting our sins against us. That in Christ, God justifies us by grace through faith apart from works of the law.

Or maybe simply say, “God so loved the world that he gave his only Son, so that everyone who believes in him may not perish but may have eternal life.” 3:16

Thanks for all you do to preach the good news, Working Preacher.