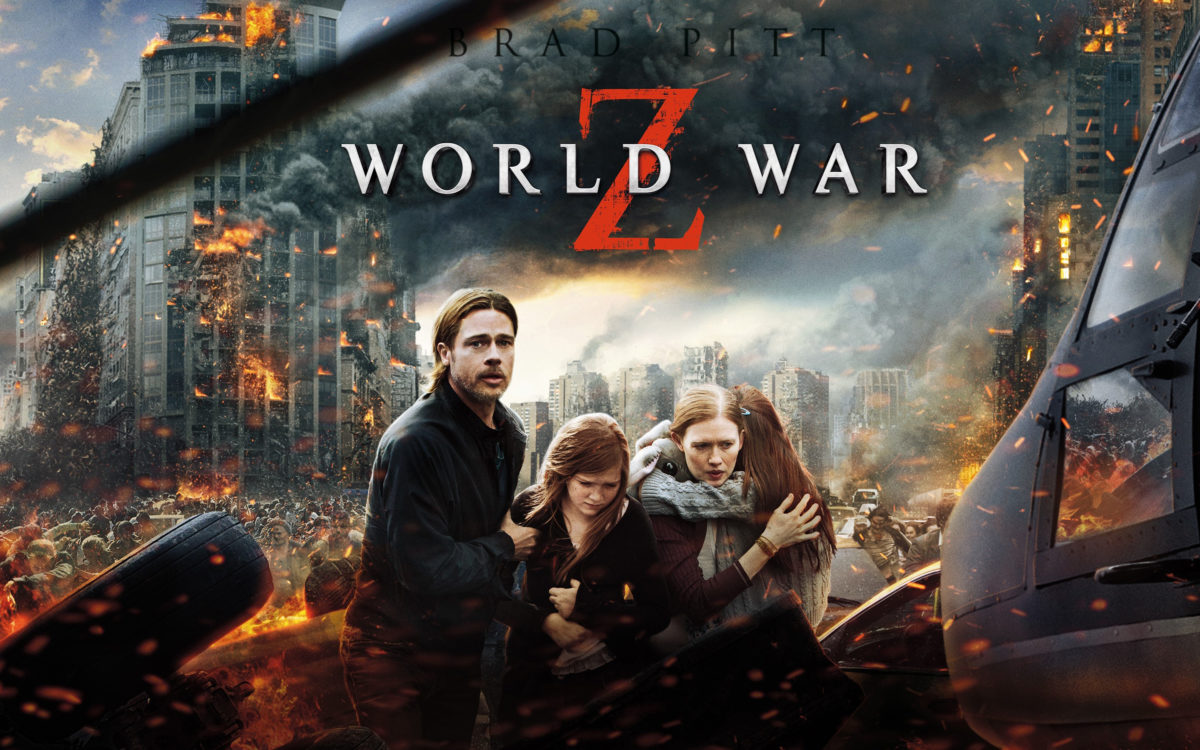 Rarely does a horror film summon the attention of preachers, but I would argue that the recently released World War Z defies the trend. Drawing from the award-winning novel by Max Brooks, WWZ follows the travails of Gerry Lane, an ex-security expert for the United Nations.

Lane, played by Brad Pitt, finds himself and his family suddenly on the brink of annihilation as a zombie plague spreads through the city of Philadelphia like wildfire. The virus is transmitted when an infected person bites another, inducing a manic state akin to rabies. Once people are bitten, they have approximately ten seconds before they too become a zombie, attacking any and all who are not yet infected.

Because of his paramilitary experience, Lane is recruited by his former boss, the UN Deputy Secretary-General (played by Fana Mokoena), to assist a Harvard virologist in a quest for the source of this virus. The virologist believes that if they can uncover the origin of the virus they will be able to develop a vaccine.

The story unfolds as we follow Lane on this quest to protect his family and find the source of the disease. He first travels from an aircraft carrier anchored off the cost of New York to South Korea, where he meets an ex-CIA operative. The CIA agent informs him that the country of Israel had managed to quarantine itself prior to the worldwide viral outbreak. Lane barely escapes death by another zombie attack before taking a flight for Jerusalem. Once in Israel, Lane meets a Mossad leader who learned of the virus from an intercepted communiqué from an Indian general who spoke of “rakshasa” (“dead spirits”) that were ravaging his troops. This foreknowledge led to a citywide quarantine that walled out the illness. Unfortunately, even as Lane is preparing to depart the city, a host of zombies lay siege to the city and succeed in breaching its high walls.

By watching the zombies attack those around him, Lane develops a hypothesis that the zombies only attack healthy humans. He sets off for a World Health Organization facility in Wales only to have his flight ambushed by a stowaway zombie while en route. As the disease spreads through the confined quarters of the 747, Lane is forced to detonate a grenade and he barely survives the crash.

The movie climaxes when Lane is confronted by a lone zombie at the WHO laboratory. Trapped and without recourse, Lane infects himself with a deadly (but curable) virus in the lab. To the relief of the WHO virologists who watch the scene unfold on a security monitor, Lane walks right past the zombie. The story ends with Lane’s heartfelt reunion with his family as health organizations work to develop a “vaccine” derived from deadly pathogens.

The entire narrative is incredibly anxiety producing. At every point we fear another zombie attack. The suspense is sustained by superb acting that induces in the audience that same sense of foreboding that plagues the characters. When the movie ended and I exited the theater my body was actually sore from the tension of the plot.

One of the most disconcerting aspects of the zombies in WWZ is the ferocity of their attacks. I have seldom watched a movie where the might of the villains is so overwhelmingly superior to that of the protagonists. The zombies have no fear. They are not deterred by bullets; in fact, only a bullet to the head can stop them. With every fiber of their being they exude only one desire: to propagate the virus by infecting others.

The sense of hopelessness grows as we watch these zombies attack again and again. All it takes is one bite, and with each bite they add another member to their ranks. Where else do we see such reckless evil at work in the world?

Preachers of all stripes should take the time to watch this movie for it paints one of the most vivid pictures of evil and the forces that work against the gospel that we will find. That evil is at work in the world is beyond question. It spreads with a viral quality and its containment is equally difficult. News headlines teach us this lamentable lesson daily. How are we to guard ourselves and the world God loves from such wonton evil? WWZ will certainly offer illumination on the pervasiveness of evil — in its myriad forms — against which we preachers battle.

Long has the verse from 1 Peter 5:8 troubled me; that the enemy is like a roaring lion prowling for someone to devour is a fearsome image. Sadly, following the travesties portrayed in WWZ, I think that the enemy is more like a legion of zombies who do not slink furtively for their prey, but rage feverishly for another host to spread their malady until the whole world is infected.