Sacred or Secular or Both? 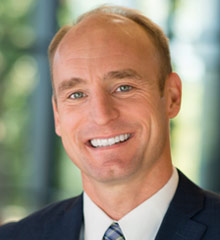 As ministers in the church, we are called to be witnesses to the creative and redemptive work of God for the sake of the world, are we not?

And yet, the humbling part of our work is that sometimes, this witness can come from unlikely sources outside of the community of faith. I have wondered about such things since discovering that God used an “outsider,” namely Cyrus the Persian King to accomplish God’s purposes. He was an unlikely human agent for God in that he existed outside of the covenant community of Israel (for more about Cyrus, check out Isaiah 44:28-45:13). If God would use him to accomplish God’s purposes, why wouldn’t God use, say, the Fray, John Mayer, or other voices of secular music today?

Ever since my high school days of sleeping outside a mall entrance in anticipation of buying U2 tickets, I have been drawn into the melodies and lyrics that lean toward existential and theological thought. It’s for good reason, Professor Christopher Scharen would insist. In his book One Step Closer, Scharen writes of U2, “They’ve quoted the scriptures all along in songs, interviews, and live performances, but the influence of scripture runs deeper still. The scriptures have so deeply shaped the way they speak that the quotation marks often fall away. The scriptures offer poetic modes of truthful speech about God and the world. Without a sense of the wideness and the wildness of the Bible, you can still love U2 as a great rock and roll band. Yet without that sense of scripture in U2’s work, you would miss how, again and again, U2 is pointing beyond themselves to a deeper dimension of life, the dimension of the soul, where one meets face to face with, in Bono’s words, “a force of love and logic beyond the universe.”

Walking through the decades of popular rock music, we find that bands have, implicitly or explicitly, expressed a keen awareness of God and efforts toward theological thought. Joan Osborne once asked, “What if God was one of us…just a stranger on the bus?” Dishwalla implores in their song “Counting Blue Cars,” “Tell me all your thoughts on God, cause I’d really like to meet her. And ask her why and who we are.” More recently, in his title track “Say,” John Mayer blurs the lines between human conversation and one’s conversation with God in prayer: “Even if your hands are shakin’ and your faith is broken, even as your eyes are closin’, do it with your heart wide open…say what you need to say.” It’s hard not to see the posture of prayer through a song like this.

What? Finding God in contemporary song lyrics? It’s the oldest trick in the youth ministry book, but maybe it’s more. Maybe it is exactly where we and the people we serve are being called to wonder. Through the serendipity of radio stations sending sound waves into our ears, we, like many of the people in the pew, find ourselves driving to or from work with our theological wheels turning all along the way. Yes, we are wondering when the intersection light is going to change. Yet simultaneously, we wonder where God is intersecting with our innermost yearnings and thought. Questions swirl and resonate within, getting tangled with the lyrics and melodies that simply cause one to wonder. While the tune plays, our minds and souls are at work.

As you turn the radio dial, the song “You Found Me” by the Fray touches on Jesus’ parable in Matthew 25:31-46, and pushes us to consider that Christ can and will be found in the naked, the hungry, the imprisoned. This band conjures images of God as the homeless man on the corner “smoking his last cigarette.” The chorus blurs this parable with a scene found in John 11, the story of Lazarus, whose sister wonders where Jesus has been. One cannot help but feel the pulsating wounds of deep human pathos located in pointed questions for God, which sound a lot like Mary and Martha crying out to Jesus saying, “If you would have been here, my brother would not have died.” Listen…

Where were you when everything was falling apart?
All my days were spent by the telephone
It never rang and all I needed was a call
It never came to the corner of First and Amistad.

I would love to believe that the preacher is the primary voice in our culture to lead people into soul-searching dialogue with God, but Cyrus the Persian king reminds me that there are some unlikely pied pipers who are offering just that on our behalf, or actually, God’s behalf. Will we meet people in God’s creative and redemptive witness found there as well? Perhaps the good news today is this: if we won’t, Cyrus will.