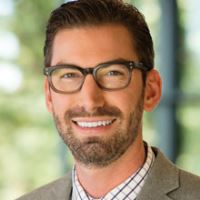 At a recent meeting of a local pastors’ group, one pastor bemoaned, “This summer will be tough. I’m dreading the six weddings I’m leading. This week, though, I’m presiding at three funerals, and I couldn’t be happier.” Every other pastor in the room nodded in understanding.

My pastors’ group, apparently, is no aberration. In his new book, Thomas Long reports that after leading a funeral seminar, it is not uncommon for a pastor to approach him at a break and confess something to the effect of, “I may not do everything well, but I’ll tell you one thing…I do a good funeral” (121).

What explains this affinity for funerals? Why, when met with the finality of death, do many pastors feel they thrive? What is the purpose of a Christian funeral in the first place?

Thomas Long explores these and other issues in his thorough but readable book, Accompany Them With Singing—The Christian Funeral (Louisville, KY: Westminster John Knox Press, 2009). Long admits in the introduction that it took him nearly fifteen years to complete this work. Until recently, he has been known to joke that his gravestone might say, “Still researching funerals.” But, to the church’s great benefit, Long’s years of work are now made public in a book as impressive as it is practical.

The book has two parts. Part one, called simply, “Background” helpfully prepares the reader for the second, “The Church’s Ministry in Death.” The first addresses the history of Christian funeral practices and also tackles questions like: Do we go straight to heaven when we die? How should we speak of the soul if we know it’s not separate from the body? The deft way Long explains Christian hope in the face of death and our societal assumptions of body/soul dualism is reason enough to read the book. A pastor friend of mine plans to use one of these chapters in her upcoming confirmation class.

In part two, Long moves from background to the present-day task of many pastors—carrying out funerals—or as Long might say, “Accompanying the dead saint to the grave while proclaiming the gospel.” Long claims that, ultimately, “A pastor, no matter how wise or pastorally sensitive, cannot alone make a ‘good’ funeral. A good funeral is something the people of God must do together” (122). The faithful funeral, Long argues, includes four key elements. Long calls these a holy person (the deceased), a holy or sacred place, holy people (the believers), and a holy script (the gospel narrative). Throughout the book’s second part, Long enjoys both a descriptive and prescriptive approach to funeral practices.

Readers unaccustomed to examining their own practices with a discriminating mind may find the book off-putting, for Long holds no punches when describing what he sees as insufficient ways we care for our dead. Claiming the stakes are high, he writes early on, “To put it bluntly, a society that has forgotten how to honor the bodies of those who have departed is more inclined to neglect, even torture, the bodies of those still living. A society that has no firm hope for where the dead are going is also unsure how to take the hands of its children and lead them toward a hopeful future” (7). But, as Long continues the work, his description of a good funeral seems less about such lofty goals, and more about preparing good funerals because it simply is the faithful thing for thing to do.

Along the way, Long tackles some traditionally thorny issues including: if and how to display a nation’s flag at a funeral, how ashes or “cremains” should be treated, and how best to work with funeral directors. His answers, while not earth-shattering, are good expositions of how to think through common pastoral issues without abandoning one’s theological claims. Similarly, in the chapter “Telling the Truth about Life and Death: Preaching at Funerals,” Long notes that eulogies can be problematic, but instead of belaboring the point, helpfully describes eight characteristics of a good funeral sermon.

If it is indeed true that many pastors not only tolerate but even relish presiding at funerals, then it should follow that many pastors will thoroughly enjoy Accompany Them With Singing. It is a well-balanced theological and practical work. We can only hope Long’s next project is on weddings.