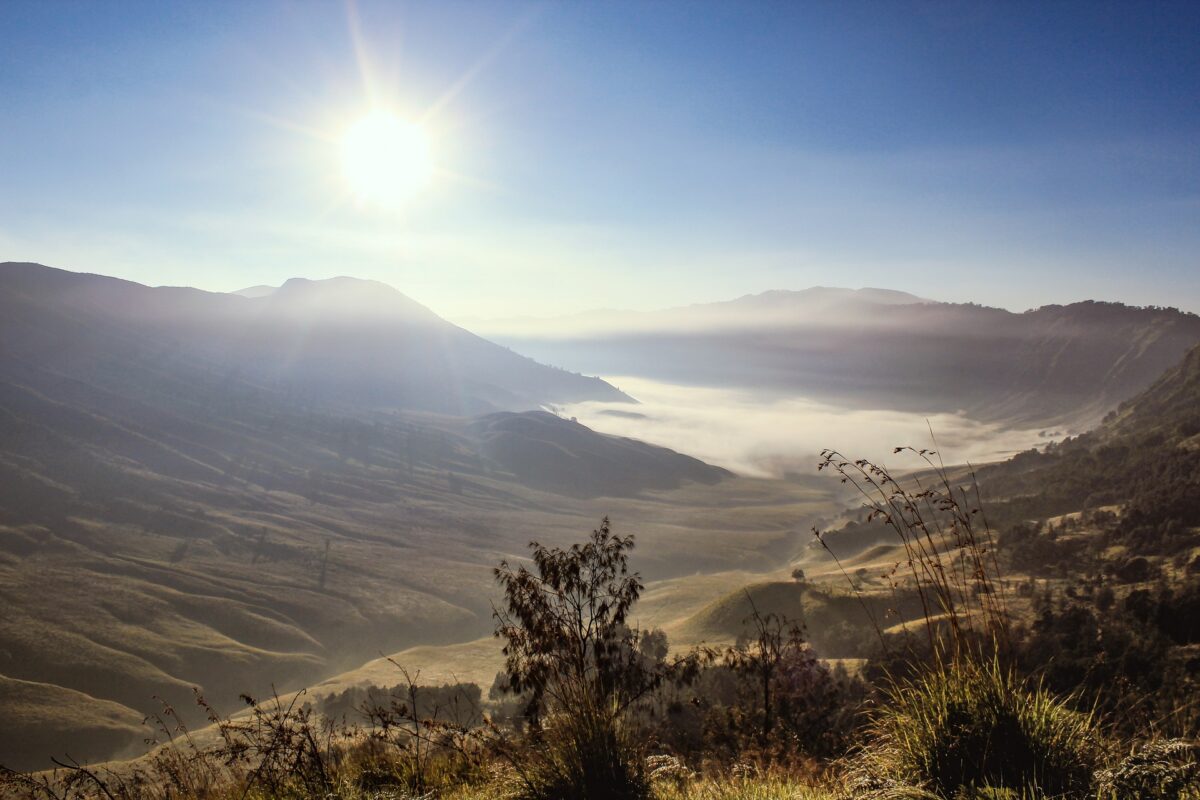 Image by Muhammad Aknafi from Pixabay; licensed under CC0.
February 19, 2023

Psalm 2 makes a striking claim: in the face of terrifying threats, God creates and preserves order through God’s anointed one, a righteous messiah.1

The first section (verses 1-3) describes a world in which God has established order through a divinely sponsored king. However, the entire world is currently in an uproar, with the kings of the earth plotting rebellion against God’s rule. By employing the terms “nations” (goyim) and “people” (ummim) in verse 1, the psalm suggests, in fact, that everyone seeks to overthrow God’s order.

The world is rebelling not simply against God, but against God’s anointed one (verse 2b), God’s meshiach—a Hebrew word that comes to us in anglicized form as messiah; its Greek translation christos is preserved in English as Christ. To be anointed, to have costly oil poured over one’s head, signified a change in status. An anointed one was aligned with God in a powerful way in order to perform a special prophetic, priestly, or kingly function. Given that God’s power resided uniquely with the anointed one, it should be no surprise that the fury of the nations is directed at the king as well.

One might expect this sort of universal upheaval to worry God and God’s anointed. Such is not the case, however. The second section of the psalm (verses 4–6) portrays God’s response, and the third section gives the king’s response (verse 7–12) to the chaotic world.

From God’s throne high above in heaven, God laughs then utters a statement of his own. There is one man in one place (“my king on Zion” verse 6) who represents God and confronts the strife of the entire world.

Then this king speaks (verses 7). His words are exactly what one would expect from an ancient Near Eastern monarch. He begins by establishing his authorization to rule by quoting God directly in verses 7–9. The king is the divine son, with all the attending rights and privileges.

Modern Christians typically have a restricted view of what it means to be God’s son, with the term applying solely to Jesus Christ. However, in the ancient world, it was quite common for a king to claim to be the son of God or the son of a particular god. Since a king’s power over his people was absolute, a king sought the highest possible endorsement for his rule. Divine sonship provided just that.

So, for the king in Zion (i.e., Jerusalem) to claim to be Yahweh’s son was completely conventional within its time. In fact, it is likely that every king in Jerusalem made the same claim. Because God says “today I have begotten you,” (verse 7) many interpreters suppose that this psalm originated as a ritual of royal installation, perhaps even a yearly ritual of re-installation for the king in Jerusalem.

It is also completely conventional for an ancient Near Eastern king to describe his military prowess in expansive, even wildly hyperbolic terms. Thus the description of breaking and dashing the enemy to pieces in verse 9 is actually somewhat muted given that the violence in this text is, in fact, potential violence. The king can accomplish this utter domination of the surrounding nations (goyim) if he were to ask God for the victory.

At this point, the psalm manifests some internal tensions about the actual state of the world. Verses 1-3 suggest that the world is already completely under the control of God and God’s anointed. Verses 8-9 imply rather that the world is potentially under the king’s control, though that domination is not currently realized.

In fact, there was never a time in the history of Jerusalem when its king governed a wide ranging empire. The biblical accounts of the reigns of David and Solomon are the closest to affirming the idealized picture of vast geopolitical might. But even in that time, Jerusalem’s reach did not stretch very far into the larger Near East.

Jerusalem certainly never enjoyed anything remotely close to the power of the great empires of Egypt, Mesopotamia, and Persia. In fact, for most of its history, the kings in Jerusalem were only small players on the larger world scene, usually paying tribute to more powerful rulers. It was the kings in Jerusalem who were more often “kissing the feet” (verse 12) of foreign kings, a sign of submission before a powerful suzerain. The psalm concludes, however, by imagining the real historical situation completely in reverse, with the powerful kings of the earth doing obeisance before Yahweh.

Psalm 2 provides critical background for understanding both what it means and what it meant to recognize Jesus as messiah (i.e., the Christ) and Lord. In Matthew 17:1-9, the gospel reading for this Sunday of the Transfiguration of our Lord, the disciples catch a glimpse of the glory and power of the Jesus. Jesus’ special status as king and divine son are suddenly revealed, but only for a moment and only to select few. Given the expectations that attended the office of kingship, Jesus’ true identity as messiah would surely be misinterpreted.

Indeed, throughout the New Testament, the kingship of the Christ defies expectation. Jesus’ power outstrips that of any king, ancient or modern. However it comes not through military might but through emptying himself of power—through suffering, humiliation, despair, even the death of criminal.

When we read Psalm 2 on this particular Sunday, we hear its theme first articulated in its ancient Judean context and then reinterpreted in the New Testament context, in light of the reign of Christ.

In our own time, the message resonates as well. We feel the psalm’s fundamental tension as to whether the world is actually under God’s ultimate control (verses 1-3) or whether God’s order has yet to be realized fully (verses 10-11). Yet we also hear God’s clear response to the chaos and strife that fill the earth. God’s word to the word comes through one man, the anointed king, God’s son: “Blessed are all of those who take refuge in him” (verse 11).