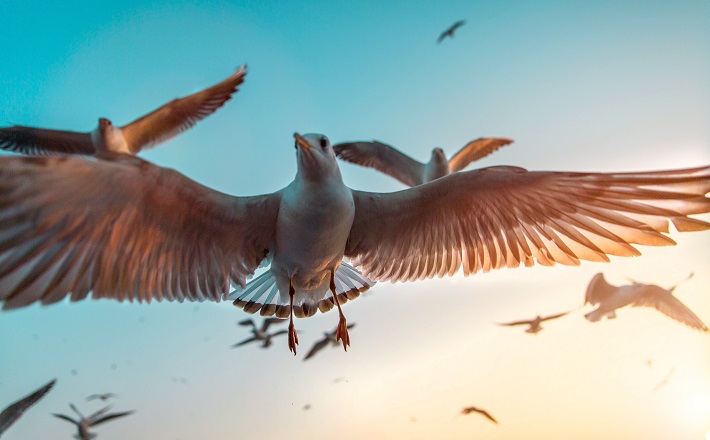 Though much of the Psalter is more lament than praise, Psalm 29 pours forth beautiful poetic language and imagery in a hymn to Yahweh — the God who speaks. Preaching Psalm 29 invites preachers and their congregations to join in the worship of the God of water and Word whose voice echoes throughout history: over the face of the deep, at Jesus’s baptism, and to us today.

As is typical of hymns of praise, Psalm 29 unfolds in three major sections:1

verses 10-11: Reaffirmation of Yahweh’s glorious reign and its implications

The opening section comprises a summons to give (or “ascribe”) to the LORD the worship due the one who possesses glory and strength (verses 1-2). The emphatic language repeats the imperative “ascribe” three times and gives the command to “the sons of gods” (also, “heavenly beings”). Some scholars recognize in this language — particularly when coupled with the rest of the psalm’s imagery — a building polemic against Canaanite deities such as Baal who must give way before the one true God.2 Whether “sons of gods” refers to pagan deities, angels, or earthly kings, the point is that Yahweh is at the center of all things, and the repetition of God’s name (eighteen times in eleven verses!) underscores this reality.

The body of the psalm centers around the power of “the voice of Yahweh” as the reason to answer the opening summons to praise (verses 3-9). The psalmist fleshes out the concept of Yahweh’s voice with dramatic descriptions of how it impacts creation: Yahweh’s voice rumbles out over the chaos waters (verses 3-4) and is able to uproot and bring down things that should not be susceptible to such destruction: the strongest trees, the tallest mountains, and the earth itself (verses 5-9).3 These descriptions reflect the violence of thunderstorms, and voicing the seven-fold repetition of “the voice of Yahweh” (qol YHWH or qol ’adonay) might even be meant to reverberate richly through a congregation like thunder through a still summer evening.4 All of this power and majesty builds and builds until a climactic moment when “all say, ‘Glory!’” (verse 9b).

The psalm concludes by briefly restating what has come before: Yahweh reigns supreme over all things in the natural world (“the flood”) and in human hierarchies (“as king”), and so is the one who can give strength, blessing, and peace to those who worship accordingly (verses 10-11). Yahweh’s enthronement “over the flood” recalls both God’s creative work and God’s judgment in the days of Noah, and it taps into common Canaanite mythologies about deities battling with the floods of chaos to gain dominion over the pantheon. The psalm’s final benediction is a prayer (“May the LORD give strength to his people…”) and a promise (“the LORD gives strength to his people”). Yahweh’s reign is not a distant, irrelevant abstraction but has concrete implications for life on earth. As Brueggemann and Bellinger observe, this conclusion “invites YHWH to channel the great power imagined in this psalm toward granting shalom, peace, to the faith community. The hope is that YHWH will bring the same order both to life and to creation.”5

In Psalm 29, the psalmist draws upon common ancient Near Eastern imagery for theophanies, or appearances of God in the world, to urge those who read or hear the psalm to worship Yahweh as the one true God. Some scholars even argue that Psalm 29 was originally a Canaanite hymn to the storm god Baal — the imagery of mighty waters, thunder and lightning from the heavens, torrential winds, and reverberations in the earth certainly sounds like something that might be used in worship of a storm god.6 But the psalmist leaves no room for confusion about which God commands the heavens. Psalm 29 stands as a powerful polemic against those who might be tempted to “ascribe” strength and glory to other forces at work in the world (whether supernatural, natural, or human).

Psalm 29 and the baptism of the Lord

The emphasis on the power of “the voice of Yahweh” in Psalm 29 stands as a powerful foundation for Luke’s account of the baptism of Jesus. The voice of Yahweh shakes the heavens and the earths, brings both destruction and creation, and provides strength and peace to those who heed it. The God whose voice “flashes forth flames of fire” in Psalm 29:7 breaks open the heavens in Luke 3:21-22 to announce the identity of the man from Galilee who has just emerged from the baptismal waters. Psalm 29 imbues these heavenly words with authority and reminds us of the promise of shalom the voice of Yahweh ensures.