Hope sprouts from the ruins

The passage begins with an announcement of divine presence and action. 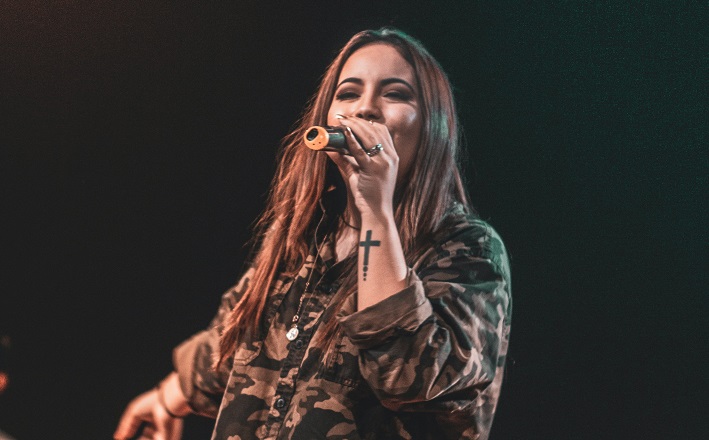 The passage begins with an announcement of divine presence and action.1

While it is clear that the power and the commission are from the LORD, the “me” with whom God is present and whom God has anointed and sent is not identified. It is logical to assume it is the prophet’s voice and the prophet’s mission that is described.

The presence of God’s spirit and the work for which the “me” has been anointed, however, also draw to mind David’s anointing as king of Israel (1 Samuel 16:13), the promise of a king who would heal the divisions between Israel and Judah and rule with righteousness (Isaiah 11:2-5), the release and righteousness to be carried out by God’s “servant” (Isaiah 42: 1-9), and the LORD’s spirit in everlasting covenant with all Israel (Isaiah 59:21). By these associations, the opening announcement underscores God’s initiative in providing for and speaking to Israel in days past and in the present.

The present needs that draw divine attention, as glimpsed through the commission, are daunting.  God’s anointed is sent to the oppressed, to the ones whose hearts are crushed, to the captives, the imprisoned and to all who mourn. Though unstated, in order to reach those persons, God’s anointed must, of necessity, confront the perpetrators and sources of oppression, marginalization, hopelessness and despair.

Moreover, the divine mandate is to reverse their circumstances and effect a transformation in their identity and activity. The anointed is to deliver good news to the oppressed, to wrap for healing the broken hearts, to declare liberty for the captives and an opening so the imprisoned may find release. The anointed cannot avoid vulnerability or rejection and, like others commissioned for divine service (e.g., Numbers 11:10-15; Judges 4:4-9; 1 Kings 19:1-18; Jeremiah 20:7-10), will face the temptation to be disheartened by resistance, hostilities and lack of progress.

The commission to “proclaim liberty” is language from the instructions for observing the Jubilee Year. During the Jubilee property and people held as payment for debt were returned to the families to which they originally belonged (Leviticus 25:10). The use of the Leviticus language in Isaiah 61 is a clear indication that the liberty proclaimed is intended to be made permanent in new social and economic relationships within the community.

Though the Jubilee was a rare event — to be observed every fiftieth year — God’s anointed is sent to announce that liberation now. God’s anointed is also “to proclaim the year of the LORD’s favor, and the day of vengeance of our God.” This is assurance that God has chosen to act with abundant “favor” and mercy towards Israel and to judge and defeat those who would harm her (cf. Isaiah 49:8).

God instructs the anointed to pay particular attention to “those who mourn in Zion.” Isaiah 56-66 is considered to be from the post-exilic period of Israel’s history. The Persian king Cyrus had defeated the Babylonians and decreed after 539 BCE that the exiles should return to their homeland and rebuild their city and their temple. The mourning in Zion (i.e., Jerusalem) in Isaiah 61:3 is not the shock and horror of 587 BCE when Jerusalem and the temple were destroyed by the Babylonian army and the royal family, religious leaders and elite of the city were marched off to an uncertain future in Babylon.

The mourning in Isaiah 61 rises out of frustration and humiliation over the failure to rebuild the city and the temple to match its former glory and the failure to reconcile the economic disparities and the religious and political factions within the city. The reality of life in Jerusalem was nothing like the expectations for a restored Jerusalem and a righteous community as proclaimed by the prophets and as envisioned by the returnees (e.g., Isaiah 60).

The comfort God’s anointed is instructed to provide to the despairing in Jerusalem will, however, change the way the people see themselves, the way they are regarded by others and the ways they act. Instead of the ashes on their heads — a sign of humiliation and grief (e.g., 2 Samuel 13:19; Esther 4:1) — they are given a festive headdress (NRSV “garland;” also in 61:10).

They are treated as honored guests and anointed with “the oil of gladness” (cf. Psalm 45:7). To replace their dull spirits they are given mantles of praise. They are to be treated as and they are to become other than the humiliated, fragmented, dispirited and exploitative people that they currently are. Then they will accomplish what is needed and what has been too difficult: rebuilding Jerusalem as a city where righteousness and justice flourish.

The urgency and enormity of the building task are underscored in the description of what the comforted mourners will raise up and repair: “the former devastations…the devastations of many generations.” Contemporary readers cannot see the devastation of ancient Jerusalem but can see “the devastations of many generations” in the world today: in the mud mountains of buried bodies, homes and livelihoods in Sendai, Japan; in the acres of empty apartments that once housed thousands of families in the Heygate complex in South London; in mile after mile of corrugated tin dwellings in Khayelitsha township, South Africa; in the splintered remains of homes, schools, businesses and churches in Joplin, Missouri; in the crumbled streets and buildings of Port au Prince, Haiti; in the flooded farmlands and residences of Minot, North Dakota; in the spaces that remain vacant in New Orleans where Hurricane Katrina wiped away people, structures and infrastructures.

Transforming the “former devastations” will require more than a memory of the past and a promise to build. It will require that the people of Jerusalem adopt, like God, a love of justice and a hatred of “robbery and wrongdoing” (verse 8).

A new future is possible because God promises to be in “everlasting covenant with them” (verse 8) and because God has provided the appropriate work clothes: garments of salvation and robes of righteousness (verses 9-10). The city where hopelessness had taken root will, by God’s spirit and by God’s blessing, sprout righteousness and praise.