Third Sunday in Lent (Year A) 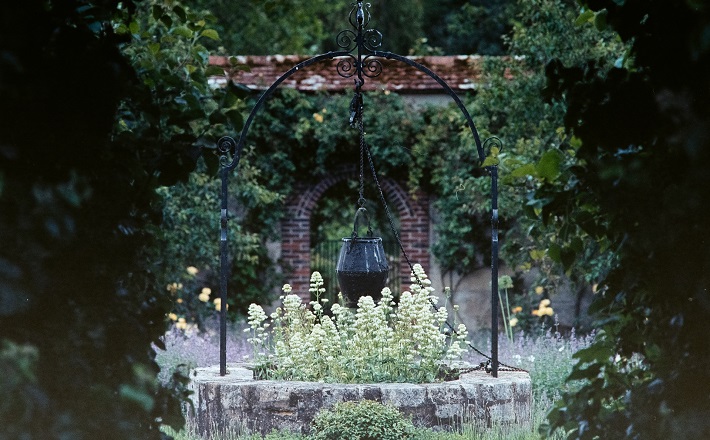 "Sir, give me this water, so that I may never be thirsty or have to keep coming here to draw water." Photo by Annie Spratt on Unsplash; licensed under CC0.
March 15, 2020

Two signs at Cana in Galilee form the literary frame of an instructional journey on faith through which Jesus brings himself as the Word of God to the world, first in a Jewish, then in a non-Jewish, aka “Gentile,” setting. John also begins to portray believing as dynamic and communicative. Indeed, often when folks think they “have it” and have “arrived,” Jesus challenges them further.

To do so, he draws people into dialogue by “wowing” them in order to “point to” the power of God, but the revelation of God in Jesus must be anchored in his word, not the fleeting “wow” of a miraculous experience. Jesus encounters people and challenges them to move beyond comfort and religious preconceptions into a new relationship with God the Father through openness to the Son. Each encounter also propels the plot as Jesus reveals himself and audiences venture toward his inevitable arrest, passion, and glorification.

Jesus’ journey continues in John 4 through a decision to go to Galilee by way of Samaria. Many Jews would have taken a longer, ostensibly safer, route across the Jordan through the more Gentile Decapolis to avoid Samaria with whose residents they have deep-seated animosity from the divided monarchy circa 920 BCE. That Jesus “had to go through Samaria” is, therefore, both a political expedience and a theological necessity (verse 4).

Good judgment dictated he move from Judea quickly, but it was also time he take on the wider world. Jesus and his disciples thus journey into Samaria and the village of Sychar. Like the mother of Jesus and the royal official, the Samaritan woman is never identified by name. Like Nicodemus, she does not appear in the other Gospels. So, what of this Samaritan woman in John’s version of the good news?

The encounter begins as Jesus comes to rest about midday by Jacob’s well (verses 5-6), associating it with the patriarchs in general and Jacob who becomes Israel in particular. Scholars also identify Sychar with Shechem, where the twelve tribes of Israel came together in a union of covenant renewal (Joshua 24). Since the time after the death of Solomon when Samaria became the capitol of the kingdom that seceded from Judah, the Jewish people considered their northern counterparts apostates from true faith.

By the first century CE, Samaritans held a Torah-centered faith focused on the patriarchs, centered worship on Mount Gerizim, and looked for a messiah who would be a prophet like Moses, while the Jewish people held a broader scriptural tradition that included the prophets, centered worship in Jerusalem, and looked for a messiah-king in the line of David. Although sharing the same founding history, they currently shared nothing else, including food, drink, or utensils. In this environment, Jesus takes a break alone as the disciples go for food and meets a Samaritan woman who comes to the well for her daily water-drawing chore (verses 7-8).

The scene is set for an encounter through which Jesus shatters social convention and incorporates a woman who is also Samaritan into his ministry. John likewise teaches that Jesus also fulfills Samaritan messianic expectations and reconciles this long-standing division.

Surprisingly, Jesus initiates dialogue: “Give me a drink” (verse 7). The imperative assumes an authoritative tone, even as he supplicates hospitality from one with whom his people deny kinship, thereby implicitly rejecting any divisions from the outset. The woman adopts a strong tone herself by questioning his actions based on the same long-standing divisions (verse 9). Standing before a pege, a spring-fed well of running water (verse 6), Jesus responds in his metaphorical way with God’s gift of living water. Depicting knowing “who it is” speaking in terms of knowing the gift of God, Jesus challenges his dialogue partner, a woman outside Judaism, to new relationship available through him and the coming revelation of himself as the “I AM” of God (verse 26).

The woman’s response could indicate naive misunderstanding, but seems to go further. She points out his lack of bucket and the well’s depth, and possibly mocks “living water,” but then asks how he compares to Jacob “our ancestor” and giver of the well. On a more symbolic level, her question could be quite serious: who is Jesus relative to their shared history? Jesus responds, as also becomes his practice, not by answering directly but challenging her to think theologically about his gift of living water that becomes a spring “gushing up to eternal life” (verses 13-14). Now it’s her turn to demand, “Sir, give me this water …” Is she accepting his challenge?  No, she isn’t quite there yet as she refocuses on the daily chore of drawing water (verse 15).

Jesus therefore redirects the dialogue with a new command, “Go, call your husband …” (verse 16). So, we have a new start, but the language remains that of relationship. Jesus and the woman continue to explore covenant and the potentiality of relationship. She admits she has no husband and Jesus affirms her truth after describing a lengthy marital history that is doubtless unhappy (verses 17-18).

Hosea, prophet to the northern kingdom, used the imagery of broken marriage to illustrate the north’s relationship with God and its breach of that covenant. Thus, Jesus also implicates the current brokenness of the Samaritans’ relationship. The woman gets this and sees Jesus is a prophet. This, for a Samaritan, shifts the discussion to Christology.

Any mockery is gone as she opens to what Jesus has to give (verse 19-20), allowing Jesus to teach that all worship will reconcile in and through spirit and truth from the Jews by way of knowledge of the Father. In reply, she speaks specifically of the Messiah and Jesus responds with his first explicit acceptance of this title and self-identification with God the Father of both Jews and Samaritans.

The “I am” of verse 26 is the “I AM” of the sacred name of God revealed to Moses at the burning bush (Exodus 3:14) and fulfills the promise of verse 10. Jesus presents himself as the fulfillment of covenant, worship, and messianic expectations of both Jews and Samaritans. Although she makes no verbal acceptance of Jesus’ revelatory challenge, she does, like many disciples before her, leave earthly responsibilities where they lay and run to share her experience. She also becomes an apostle to the village revealing the news of the one coming (verses 28-30).

Before this Samaritan encounter completes, Jesus has an interlude with his disciples. They pass the woman on her way and worry, but say nothing (verse 27). On the discourse level, some scholars take this as a voice of concern about the role of Samaritans, women, or both, in the Johannine community. Jesus addresses earthly concerns about his food as well their religious apprehension by giving an initial teaching about his mission and their ministry that ultimately results from it (verses 31-38). His food is to do the will of the one who sent him, and in this case, it is to incorporate the Samaritans into relationship through the apostleship of this woman. Their labor will come later as they embark upon their own ministries in his stead.

Jesus’ time in Samaria closes with villagers believing in Jesus first upon the woman’s witness, then because of Jesus’ own word. John’s purpose in this journey that instructs who Jesus is and the progression of individual witness to group believing is punctuated by the Samaritan villagers reflecting upon their experience and proclaiming, “we know that this is truly the Savior of the world” (verse 42). Jesus’ word is declared meaningful and effective, for both Judaism and the entire world. With this proclamation in the air, Jesus returns to Galilee (verses 43-44).

Discussion Questions for Lent 3A