What is God like? On Palm Sunday this is perhaps the most critical question that we can ask and seek to answer and also apply to our own lives. 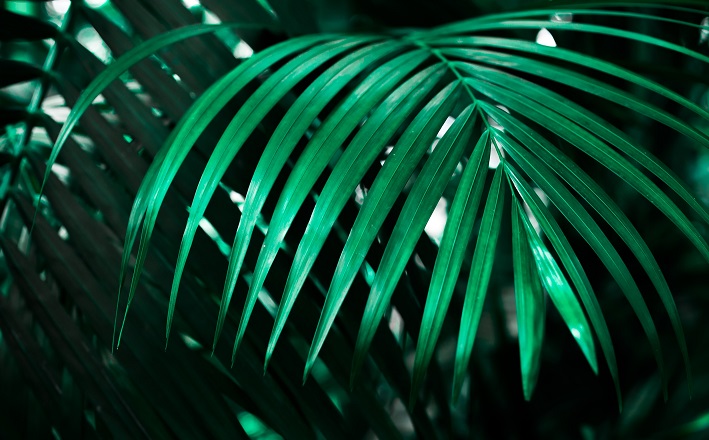 What is God like? On Palm Sunday this is perhaps the most critical question that we can ask and seek to answer and also apply to our own lives.

No doubt—almost inevitably—we will be thinking about the humility of Christ in choosing to enter into Jerusalem on a donkey; an action, which is rightly understood as being directly in contrast to the acts of naked and often brutal power exhibited by the Roman authorities present at the time in Judea.

Our passage today does all of this: there is the encouragement to consider the actions of the Lord Jesus and to make a direct line of contrast and challenge to our own attitudes and behaviors.

There is the articulation of the example of the Lord Jesus himself.

There is the account of how the power of the Lord Jesus is fundamentally of a different type both to the human authorities and also to the divine figures who were understood to be above and beyond human beings. Both human authorities and divine figures were understood to have a supreme degree of power over humans and thereby exercised that power in self-pleasing ways, not simply to prove the extent of that power, but also to prove their divinity or near-divine status.

Philippians 2:6-11 is universally accepted as taking the form of a hymn. In this way key aspects of early Christian theology would be communicated and remembered.

However, as we read the wonderful expressions of the action and nature of the Lord Jesus we should always bear in mind that the Apostle Paul has placed this hymn in the context of two key themes.

The first and perhaps most obvious theme, is the encouragement and challenge for the disciples in Philippi to continue to develop good character. We see this is 2:1-4.

The second key theme here is that of love. Look carefully and we see Paul speaking about the “consolation from love’ (Philippians 2:1), and “having the same love” (2:3). Then in 2:12 Paul addresses his readers as “my beloved.” The hymn, being bracketed in this way, reminds us that the pre-eminent characteristic of the life of Christ, and essence of God is that of love. This hymn is a simple description of divine love.

The first section of the hymn concerns the nature of divine power. We might assume that as the Apostle Paul write as a Jew all the metaphors and references would naturally arise from Hebrew notions of power. However, what the Apostle Paul does here so skillfully is to contrast the power of the Lord Jesus over against the power of the Greco-Roman gods who would have been so prevalent in the lives and stories of the citizens of Philippi. To speak about divine “form”, being equal with God, “taking the form of a slave,” and “death on a cross” are all examples of Greco-Roman language.

The Apostle Paul therefore is starting very much where the Philippians are. He is contrasting the divine power seen in the Lord Jesus with the understanding of divine power that would have been prevalent within their immediate culture.

There are numerous examples of gods taking human or animal form—with texts, most obviously Homer, using the same language as we find here in Philippians. However, what is described in these ancient texts is often that the gods—being divine, are all-powerful and therefore are free to do as they please—to transform themselves and take whatever form pleases themselves and allows them to take greatest advantage over humans, and in many cases allows them to abduct and seduce the beautiful and desirable.

The power exhibited by the Lord Jesus is profoundly different. The Lord Jesus is in some manner transformed and becomes in appearance as a human being. However, rather than seducing women and men, or insisting upon their obedience, or removing their free-will, the Lord Jesus instead literally “pours himself out,” and takes the form that perhaps is most undesirable—that of a slave: powerless.

The power of the Lord Jesus then is not power-over, but is rather love, compassion, mercy, and companionship alongside. The form taken by the Lord Jesus seems to be a deliberate indication that God’s desire is not for the fulfillment of his own divine self, so much as a desire for the blessing of humanity.

Moreover, we note that the inherent power of the Lord Jesus is deliberately put aside in order to prefer obedience. This obedience is to God, and for the most perfect articulation of the character of God. The form of Jesus’ obedience is that of love. Jesus loves, and loves, and loves—even to the point of crucifixion and even then he loves, “Father, forgive them.”

The passage then take a sharp turn towards Hebrew concepts. We recognize here the monotheistic theology of Isaiah 40-55 as the hymn celebrate the cosmic lordship of Christ.

God exalts Jesus precisely because in life—his taking on the form of a slave, desiring the very best for humanity, and loving to the fullest extent—Jesus truly reflected the nature and character of God.

The hymn appears to draw a direct contrast with the pomp and pretensions of the Romans authorities and most particularly the Roman emperors. While the first part of the hymn reflects Greco-Roman thinking, we can also note how from a Hebrew divine lordship perspective in the second section of the hymn there is a sharp contrast with some of the Roman emperors. Augustus, Tiberius, Gaius Caligula and Nero took their apparent divinity to heart and considered that their actions disregarding convention and law regarding marriage were worthy of their divine identity, and were even necessary in order to demonstrate and affirm their own god-like status and power.

What then is God, the Father of our Lord Jesus Christ like? We see God in the life, actions, and form of Jesus. On Palm/Passion Sunday we see God in the actions of humility of the Lord Jesus. Christ humbles himself in order to win our hearts from a position of great weakness, but immense and unbreakable love. At his glorious name all creation shall bow.