Photo by StockPlanets on iStock.
February 12, 2023 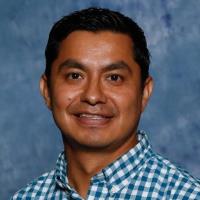 Local church division is a recurring theme in the Corinthian correspondence. The initial report of quarrels sent from Chloe’s house church makes evident that believers were splitting into factions along the lines of their favorite leaders or preachers (1 Corinthians 1:11-12). Today a church division at times could be recast, and even celebrated, as an “effective church plant.” In 1 Corinthians 3:1-9, Paul diagnoses the root cause of the Corinthian divisions and provides an antidote for continued church disunity.

Overall, Paul writes to call out and correct the acts of disunity that are being practiced by people who are supposed to be characterized by the guidance of the Spirit (1 Corinthians 3:1a). Instead of experiencing genuine spiritual growth as “people of the Spirit” (pneumatikoi), Paul contrasts their identity as “people of the flesh” (sarkinoi) and “infants in Christ” (3:1b). Paul rebukes them for not living according to the Spirit, but rather following after the flesh (see also Romans 8:5; Galatians 5:16-18). Gordon D. Fee explains it like this: “the Corinthians are involved in a lot of behavior that runs counter to life in the Spirit.”1 They are deemed unspiritual not because the Holy Spirit is not in them, but rather because they opt to live out their lives in carnal conduct.

Furthermore, they are labeled as “baby believers” due to their lack of development in the life of faith. Using parental imagery, Paul reminds them that when he was with them (see 1 Corinthians 2:1; 3:1) he was unable to feed them the meat of Scripture and had to settle with nurturing them with spiritual milk (1 Corinthians 3:2, see also Hebrews 5:12; 1 Peter 2:2). Significantly, at the writing of the letter it had been some three to four years after his original visit recorded in Acts 18 (circa 49-51 CE). Paul’s annoyance with the immature Corinthians hinged on the fact that their years in the faith had not produced the maturity that should naturally come with time. Thus, he remarks emphatically “even now you are still not ready [for solid food], for you are still of the flesh (1 Corinthians 3:2-3).

The main proof Paul offers for their failure to mature in the faith is their incessant “jealousy and quarreling” (1 Corinthians 3:3), which is exhibited in their bickering about partisan belonging to either the party of Paul or that of Apollos (verse 4). For Paul, to act like this accords to behaving following the customs of mere humans who have not yet experienced life in the Spirit. Put another way, Paul wants them to stop waving the banners (“I belong to Paul” and “I belong to Apollos”) that broadcast their childish loyalties to mere men.

Interestingly, it seems the main reason for their partiality for either Paul or Apollos is not doctrinal exposition, but more an issue of the use of human wisdom or rhetorical style. This is the reason for the earlier descriptions Paul gives of his proclamation of the gospel among the Corinthians (1 Corinthians 1:18-25; 2:1-5) where he downplays the use of “lofty words or wisdom” (1 Corinthians 2:1). Acts 18:24 describes Apollos as “an eloquent man, well-versed in the scriptures.” Later in Paul’s second letter to the Corinthians, Paul quotes his critics’ perception of his writing and preaching when he states: “his letters are weighty and strong, but his bodily presence is weak, and his speech contemptible” (2 Corinthians 10:10). What the Corinthians had done was place Apollos and Paul in competition, giving preference to their styles of rhetoric or display of human wisdom.

In opposition to this, Paul corrects their misplaced loyalties for himself and Apollos by reminding them they were both mere servants of the Lord fulfilling their call (1 Corinthians 3:5). Nothing marked either Paul or Apollos as extra special for who they were or what they did. Paul goes on to explain this succinctly by employing a farming metaphor: “I planted, Apollos watered, but God gave the growth” (3:6). With this agricultural insight, Paul diffuses all talk of giving greater prominence to any of the Lord’s servants. Since neither planting nor watering on its own could bring forth fruit (3:7), it follows that similarly neither the initial evangelization nor the continued preaching or teaching is of greater value. Instead, since ultimately God is the one who produces the growth, God is the only one worthy of all admiration, glory, and praise. It was pure folly for the Corinthians to place either Paul or Apollos on a pedestal.

Alternatively, Paul gives the Corinthian church a vision for how leadership should work together in the cultivation of God’s field (3:9). As co-laborers, both “the one who plants and the one who waters” participate in the common task of building up God’s church (3:8). Instead of quarreling over who is the better leader or who preaches with greater eloquence, Paul invites his readers to rethink the nature of church ministry as a collaborative effort by all those who are called to be God’s servants (3:9). This is the beauty of the farming motif closely followed by Paul in this passage: laboring in the church is a group effort and, in the end, God gets all the credit.

Given the hyper individualism that pervades much of contemporary church leadership, this passage is a clarion call for ending partisan bickering and choosing to grow in maturity to serve the Lord of the Harvest. Today we struggle with the popularity of Christian leaders and churches who strive to grow their social media platforms. In addition, believers leap from church to church seeking the one that best suits their needs or satisfies their preferences. They jump on the bandwagon of another Christian celebrity because they posted something they agreed with on social media. And to make it worse, it is done in the name of spirituality. May God help us grow up and work together for God’s glory.

The need for trust and compassion within human relations

Bickering about partisan belonging
Print All Text Print All Commentary