This passage, 1 Corinthians 3:1-9, is intimately intertwined with Paul’s argument stretching back to the letter’s theme verse in 1:10: 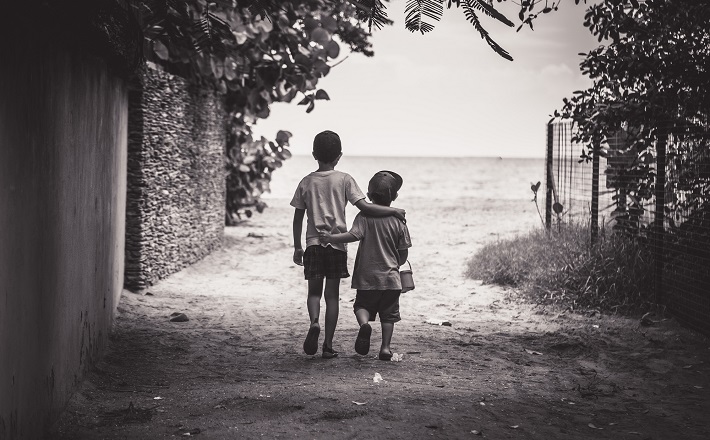 "[F]irst be reconciled to your brother or sister, and then come and offer your gift." Photo by Juan Pablo Rodriguez on Unsplash; licensed under CC0.
February 16, 2020

This passage, 1 Corinthians 3:1-9, is intimately intertwined with Paul’s argument stretching back to the letter’s theme verse in 1:10:

Now I appeal to you, brothers and sisters, by the name of our Lord Jesus Christ, that all of you be in agreement and that there be no divisions among you, but that you be united in the same mind and the same purpose.

Throughout this letter, Paul is combating various elitist attitudes and actions by some of the Corinthians that have damaged the unity they share in Christ. In this section, the major theological fulcrum for Paul’s argument has been the cross and its reality, which is the opposite of their elitism (1 Corinthians 1:13, 17-28; 2:1-5, 6-13).

These elitists regard themselves as spiritually mature (especially compared to others in their community) because of their advanced use of the ways and means of wisdom (1 Corinthians 1:17-25). Paul has flipped such categories upside down by presenting God’s wisdom as the cross and defining mature and spiritual people as those discerning God’s salvific plan centered in the cross as empowered by the Spirit (2:6-16).

In 1 Corinthians 3:1-5, Paul continues to show these Corinthian elitists that they are anything but mature and spiritual. Instead, Paul categorizes them as fleshly babies in Christ (3:1). In this context, the word fleshly (sarkikos; verses 1, 3, 4) has a pejorative tone and stands in direct contrast to those who are spiritual (pneumatikos; 2:13, 15; 3:1), as in, those enlightened and empowered by the Spirit (2:10-16).

These elitists are fleshly because they operate with the criteria of this age (1 Corinthians 1:17-25; 2:4-5, 6-14). The term “babies in Christ” (the NRSV translation “infants in Christ” robs Paul’s phrase of its edge) is multivalent:

On the one hand, Paul will return to the imagery being the parent of the Corinthians (through his God-given ministry, the Christian community in Corinth was birthed in 4:14-17), only there he presents himself as their father. On the other hand, by the standards of this age, Paul’s self-image of being their nursing mother is shocking and shameful.

Using twin rhetorical questions, Paul explains why they are fleshly babies, unable to take in solid and mature theological nourishment. Indeed, Paul intentionally phrases each question to expect an affirmative answer. Their jealousy and quarreling with other members of the community is proof that they are fleshly and operate by human criteria (1 Corinthians 3:3b). Similarly, their slogans about having either Paul or Apollos as their Christian patron are evidence how they use human norms with regard to the meaning and importance of leadership within the church (3:4). Both questions reiterate what Paul originally said about quarrels over Christian patrons in 1:11-12, which were immediately followed by three rhetorical questions (1:13).

If we were to base our view of Apollos only on the account given in this letter, we would not know very much about Apollos other than that Paul considers him a co-worker and Christian leader who helped nurture the Christian community after Paul established it (1 Corinthians 3:5-9; 4:1-7). Some of the Corinthians regard him as their superior religious patron (1:11-12; 3:4, 21-23), and that he was in close proximity to Paul when he wrote this letter but has chosen not to visit the Corinthians at this time despite Paul’s urging (16:12).

However, there is an expanded picture of Apollos in Acts 18:24—19:1. He is Jewish. His hometown was the metropolis of Alexander (a center of Jewish wisdom traditions), but he subsequently arrived in Ephesus. He was eloquent, scripturally adept, instructed in the basics of Christianity but knew only John’s baptism, quite enthusiastic and bold, and carried out evangelism in the synagogue.

After being acutely schooled by Priscilla and Aquila, he traveled across the Aegean to the Roman province of Achaia and its capital, Corinth. There he had the twin ministries of helping members of the Christian community and refuting Jews in public by using the Scriptures to prove that Jesus was the Messiah.

While this does not contradict what we know about Apollos from 1 Corinthians, it does not establish his theology or his appeal to some elitist Corinthians. Could it be because of his rhetorical eloquence or the fact that he was steeped in Jewish wisdom traditions (1:17-25; 2:1-5, 6-13)? It is quite possible, but we cannot definitively say.

Leaders such as Paul and Apollos are servants (diakonoi, verse 5) who are given certain responsibilities by the Lord. In this specific case, Paul’s responsibility was to establish the church in Corinth whereas Apollos followed by helping nurture the community (verses 6a, 8a).

Paul’s syntax in 1 Corinthians 3:6 is emphatic but not fully captured by the NRSV. Paul uses the simple past tense (aorist) for the first two verbs (“I planted, Apollos watered”) showing that each leader had a particular but limited ministry.

Paul then switches to an ongoing past tense (imperfect) to depict God’s activity (“But God kept giving growth”) to highlight how God keeps working through the ministries of various leaders. In 1 Corinthians 3:8 Paul highlights two more aspects of leadership. First, various leaders have a common purpose for the common good of building up the community. Thus ministries differ but the goal remains the same. Second, leaders will be eschatologically accountable (“wages according to the labor of each”), a point which is more fully explicated in 3:10-15 (also see Paul’s claims in 4:1-7).

A sermon on this text could well develop around the interrelationship between leadership and followership within the Christian community:

It’s time to make a choice.1

Most modern Christians find Psalm 119 rather difficult to engage.1

This passage, 1 Corinthians 3:1-9, is intimately intertwined with Paul’s argument stretching back to the letter’s theme verse in 1:10:
Print All Text Print All Commentary

Discussion Questions for Epiphany 6A