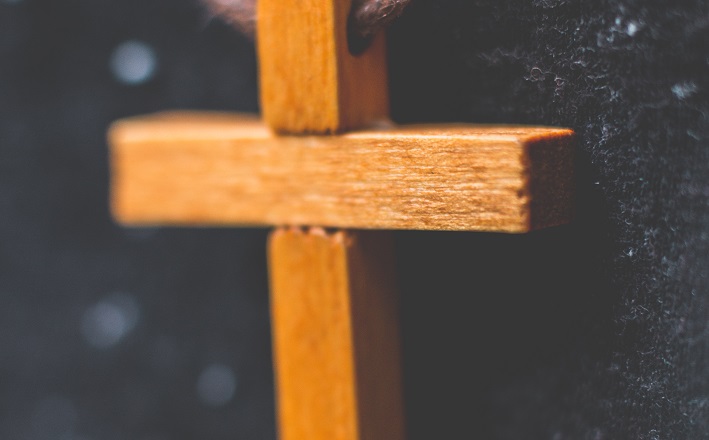 Meet this Sunday’s lection. Jesus speaks “quite openly” (Mark 8:32a). There’s little in this teaching that requires deep-sea exegesis. It is plain, hard, and inescapable.

In Mark 8:29 Simon Peter has tumbled to the truth about his teacher: “You are the Messiah.” Whatever glorious aspirations the Twelve associated with that honorific, Jesus shuts them down (8:30): epitemesen, a verb used elsewhere in Mark for silencing unclean spirits and savage forces (1:23; 3:12; 4:39). In 8:31 Jesus shifts to what the Son of the Man must endure by the hands “the elders” (senior lay leaders), “the chief priests” (cultic officials), and “the scribes” (authorities on scriptural tradition). Their modern counterparts are the church’s own lay leaders, tall-steeple preachers, and biblical scholars. To what will the establishment subject Jesus? Rejection, suffering, and death. After the full measure of this fatal disgrace has been exacted, he will rise again after three days. None of this is accidental: the Son of Man must (dei) undergo it by God’s design.

Peter will have none of it (Mark 8:32b). Taking Jesus aside, Peter rebukes him: epitiman (“Shut up!”), the same harsh verb as in 8:30. Regarding all his disciples, Jesus lashes back (epitemesen) against Peter (8:33a). Jesus puts him and all followers back in their proper place: “Get behind me!” The stakes are so high that he addresses Peter as “Satan,” the tempter (1:12) and thief of the preached word (4:15). Peter is the only figure in Mark whom Jesus addresses so vehemently. Why? “You are setting your mind not on divine things but on human things” (8:33b). Peter has arrogated to himself an authority that is not his to wield and is, in fact, devilish. This is no gentlemanly disagreement. Mark dramatizes a life-and-death clash between the divine and the diabolical.

Then Jesus opens his teaching beyond the Twelve to the overhearing crowd (including us): “If any want to become my followers, let them deny themselves and take up their cross and follow me” (8:34). Self-denial implies taking one’s stand “on the side of God, [not] of men” (Revised Standard Version [RSV]). To take up the cross is neither pious sentiment nor temporary disappointment. Crucifixion was the most humiliating, torturous execution the Romans could devise. Cicero decried it: “There is no fitting word that can possibly describe a deed so horrible” (Against Verres). The cross is Jesus’ destination (15:12-39). There his followers must follow him.

To render a gender-inclusive translation, the New Revised Standard Version (NRSV) generalizes Jesus’ blunt admonitions in Mark 8:35-38 into third-person plurals: “those,” “their,” “them.” More closely adherent to the Greek, the RSV sharpens the gravity of individual decisions: “For whoever would save his life [or ‘self’: psyche] will lose it; and whoever loses his life for my sake and the gospel’s will save it” (8:35). “For the sake of the gospel” is a crucial qualification. One may give one’s life for no good purpose. To give one’s life for the sake of the good news instantiated by Jesus is the valid reason for self-sacrifice. In the economy governed by the gospel, the only way to be made whole is to let go of everything society reckons most valuable. There is no benefit in gaining the entire world — values and aspirations as people define them — if in so doing one forfeits one’s deepest soul.

Ultimately nothing in this world is worth exchanging for one’s very center, the self that is claimed by the gospel and accountable to God (Mark 8:36-37). The only shame that should concern a true disciple is desertion of the Son of Man and his words “in this adulterous and sinful generation,” which is no arbiter of honor and shame as the gospel redefines them (8:38). The reverse is equally true: self-renunciation for the gospel’s sake is neither futile nor masochistic. The faithful disciple who transcends this generation’s wickedness and corruption may expect vindication, like that of the slain Son of Man after his resurrection.

For preachers and congregants the most satanic of these desires come coated with a religious veneer. At Caesarea Philippi that was the trap Peter stepped into. Under pressure in the high priest’s courtyard (14:54), he collapsed like an empty wet sack. His last words in this Gospel: “I do not know this [Jesus] you are talking about” (14:71). Jesus predicted that (14:26-31) but never gave up on him, even at Easter (16:7).

Christian faith is not a life-style choice; it is a vocation to never-ending struggle. By lying about Jesus and the truth of the gospel, we deny the truth about ourselves. Rejecting the Son of Man, desperately trying to save our own lives, we lose ourselves — just as he assured us we would (8:35-37). Only by giving ourselves to others as Jesus gave himself for us (10:45) will we ever find ourselves.

While challenging us to consider the caliber of our discipleship, today’s Gospel lection invites us to pray both for ourselves and for Christians in parts of the world who have internalized this text and are paying dearly for their fidelity. Persecution of Christians because they are Christians did not end in the fourth century. North Korea, Somalia, and Afghanistan are only some of the countries where Christian worship is criminal today. Those arrested may be jailed, raped, sold into slavery, and murdered. They are this Sunday’s most credible witnesses: for Christ they have given up everything. In so doing they are totally free to receive God’s guardianship and peace, which surpasses all understanding (Philippians 4:7).