Word and freedom. Grace and truth 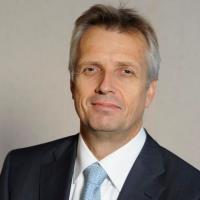 The Gospel reading for today also shimmers with controversy. John 8 begins with scribes and Pharisees questioning Jesus about Moses’ law as they prepare to stone a woman caught in adultery and closes with them wanting to stone Jesus. In between is a lengthy confrontational dialog in which Jesus speaks of his authority and his relationship with God.

Yet some in the crowd believe in Jesus and to them he declares: “If you continue in my word, you are truly my disciples; and you will know the truth, and the truth will make you free.”

Remember how John’s Gospel begins? “In the beginning was the Word and the Word was with God;” it then continues with the declaration that the Word became flesh and dwelt among us full of grace and truth.

Word and freedom. Grace and truth. We read John’s Gospel text on Reformation Sunday because of those four words. The text from Romans that we also read underscores those words in Paul’s declaration that inspired Luther: we are justified by God’s grace as a gift, through the redemption that is in Christ Jesus.

During this 500th anniversary year, the Lutheran World Federation has lived the theme, Liberated by God’s Grace. It’s a theme that looks back over centuries of history to many of the questions, controversies, and conflicts that have enlivened and occasionally divided Christ’s church. As such the LWF was careful to call this anniversary year a commemoration rather than a celebration. For within those past questions, controversies, and conflicts there was need of confession, repentance, forgiveness, and reconciliation. In the grace and mercy of God, while guided by God’s Word and Holy Spirit, there have been occasions for repentance, healing forgiveness, and reconciliation that gave rise to hope.

For example, nearly 500 years ago, Luther and his followers condemned the theological teachings and practices of Anabaptists. In subsequent years, those condemnations came horrifically to life in terrible violence and persecution. Anabaptists were burned at the stake or drowned for their theological beliefs.

Jesus said, “If you continue in my word, you are truly my disciples; and you will know the truth, and the truth will make you free.” Might that apply even to persecution of Anabaptists? In 2005, a Lutheran-Mennonite International Study Commission held conversations together that included honest, truth-telling examinations of shared histories alongside of Scripture study, prayer and confession. In 2009 they published their report1 and in 2010 at the 11th LWF Assembly in Stuttgart, Germany, the LWF and the Mennonite World Conference mutually confessed, forgave and entered into a new covenant relationship of reconciliation. It was a deeply moving and prophetic action that looked back on history while looking ahead to a future together.2 Liberated by God’s grace.

Another example concerns Lutherans and Roman Catholics. The study of God’s Word, a discovery of God’s grace-full truth and resultant freedom to love and serve one’s neighbour accompanied Luther’s posting of the 95 Theses, his “Here I stand” defense and his prolific writing and publications. Yet his attempts to reform the church led to excommunication, denunciations, and divisions in the church.

Nearly concurrent with Vatican II, Lutherans and Roman Catholics began a series of dialogues that have borne significant fruit. As a culmination of fifty years of dialogues and in anticipation of the 500th Anniversary of the Reformation, the LWF and the Vatican jointly published From Conflict to Communion: Lutheran-Catholic Joint Commemoration of the Reformation 2017.3

This document is also the product of honest, truth-telling examinations of shared histories alongside of Scripture study, prayer, and confession. It provided the foundation for the historic Joint Commemoration of the Reformation in Lund, Sweden, on October 31, 2016, when Pope Francis, Bishop Munib Younan and I presided together at a prayer service that included repentance, confession, affirmation of justification by grace through faith, reconciliation, and a commitment to work more closely together as Lutherans and Roman Catholics to love and serve the neighbour on a global scale.

At the Joint Commemoration Worship in Lund there was a beautiful Salvadoran cross.4 At the top was an image of Jesus standing at a festive table set with bread and grapes, around which many people gathered. It is my hope that one day soon, we will gather together as Lutherans and Roman Catholics at the Table of the Lord sharing one Lord, one faith, one baptism, one holy communion. Liberated by God’s grace.

Jesus said, “If you continue in my word, you are truly my disciples; and you will know the truth, and the truth will make you free.” This Reformation Day (October 31, 2017), we will witness a commemoration of the Reformation by many churches that continue in Christ’s word, to proclaim the truth that we are liberated by God’s grace. You can watch this experience of “the Reformation as a global citizen” unfold in a remarkable livestream event. For North Americans, you’ll need to get up early!

From 5 a.m. – 5 p.m. (Eastern Daylight Time) there will be a live broadcast of Reformation Day worship throughout the world, from all seven regions of the LWF. The journey begins in Denmark and will take us to Tanzania, Germany, Hungary, Hong Kong, the United States and Argentina. Three ecumenical services, including the Joint Commemoration in Lund, Sweden, and the Global Commemoration in Windhoek, Namibia, will show how the Reformation anniversary has been commemorated in a spirit of ecumenical accountability.

We are liberated by God’s grace. As we journey together into the future, may God’s grace and peace be your daily companion.

Ed. Note: A Spanish-language version of this commentary is available at https://www.workingpreacher.org/preaching.aspx?commentary_id=3476

2 A wonderful North American resource guide for future learning and cooperation among Lutherans and Mennonites may be found at http://www.elcic.ca/Documents/HealingMemoriesOnlineFinal-March21.pdf

4 For an image and interpretive article about the Salvadoran cross, visit https://www.lutheranworld.org/news/salvadoran-cross

Reformation Sunday this year is a very special historical moment for Lutherans throughout the world.

Word and freedom. Grace and truth

Reformation Sunday draws our attention to God’s ongoing work of renewal in the church, to the unmerited gift of divine grace that cannot be bought or sold, and to a history of courageous response to that free gift, embodied in reformers who have been willing to challenge abuses within the body of Christ.1

“A Mighty Fortress is Our God” — the hymn, which according to Ulrich Leupold, “more than any other epitomizes Luther’s thought and personal experience” — is a rather free paraphrase of Psalm 46.1

It would be reasonable to assume that Reformation Sunday is the time to deliver a Reformation-era interpretation of Romans 3:19-28.
Print All Text Print All Commentary