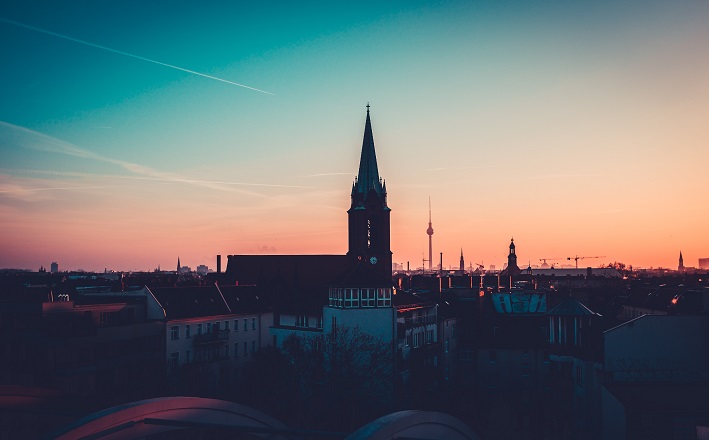 This collection begins and ends with speeches introduced by “the days are surely coming” (30:3; 33:14), and the same phrase links three additional promises at the center of the collection in Jeremiah 31, including today’s text.

The exilic audience of Jeremiah had suffered the traumatic loss of many venerable religious institutions, including the Davidic monarchy and Jerusalem temple. In the face of rapidly developing uncertainty about the future, Jeremiah proclaimed the emergence of new possibilities, a new covenant with new ways of relating to God. The exilic prophet of Isaiah 40—55 similarly declared, “Do not remember the former things, or consider the things of old. I am about to do a new thing; now it springs forth” (Isaiah 43:18-19).

In the Christian tradition, Jeremiah’s promise of a New Covenant is associated with Jesus’ ministry of radical transformation (2 Corinthians 3:6; Hebrews 9:15), in particular with the institution of the Eucharist (Luke 22:20; 1 Corinthians 11:25). By assigning Jeremiah 31:31-34 to Reformation Day, the lectionary suggests another new context for these ancient words. Although this text wasn’t especially influential for the early reformers, it resonates powerfully with some of the central themes of the Reformation. At the same time, we must remain vigilant against the persistent danger of anti-Judaism that lurks behind Christian appropriations of Jeremiah’s promise.

Immediately prior to this passage, Jeremiah declares that individuals are accountable for their own sins, not someone else’s (Jeremiah 31:29-30; compare Ezekiel 18). This contradicts the belief that future generations could suffer for the sins of their ancestors, as expressed frequently in the Hebrew Bible (for example Exodus 20:5; 34:7). There is certainly truth to the notion of intergenerational punishment. Cycles of abuse or addictive behaviors manifest themselves across many generations, and contemporary societies continue to grapple with the consequences of injustices committed centuries ago. At the same time, one can use this idea as a strategy to deflect blame. “It’s not my fault—it’s just the way I am! I can’t help it!” To combat this strategy, Jeremiah insists upon personal responsibility for one’s actions.

This individualism also characterizes the new covenant of Jeremiah 31:31-34. The requirements of the old covenant stood outside of the individual, as external teachings that had to be passed on communally. But if a new generation was not properly initiated into the covenant—not adequately catechized, we might say—then the covenant could be broken. By contrast, the requirements of the new covenant reside “within” each individual (verse 33), no matter what their social standing (“from the least of them to the greatest,” verse 34). As a result, they no longer have to be taught. This internalization shifts authority from a communally shared body of tradition to the transformed individual conscience. This is still a long way from the radical individualism of many contemporary Western societies. Like its predecessor at Sinai, the new covenant remains a collective relationship between God and the “house of Israel of and the house of Judah” (verse 31). Nor can any individual take credit for their participation in it. The sole basis for the new covenant is God’s gracious initiative and unmerited forgiveness, as made clear by verse 34. Still, Jeremiah’s denial of intergenerational punishment and promise of an internalized Torah together offer a degree of individual freedom and responsibility that is nearly unprecedented in the Hebrew Bible.

The Reformation also brought new emphasis to God’s promise to individual believers. Like Jeremiah 31, this expanded the role of the conscience in perceiving God’s will, as seen in Martin Luther’s famous statement from the Diet of Worms in 1521: “I cannot and I will not recant anything, for to go against conscience is neither right nor safe.” And like Jeremiah, the Reformation’s empowerment of the laity upended ecclesial hierarchies, granting all individuals equal standing before God. Although neither dismissed the value of community, the authors of Jeremiah and the reformers alike envisioned a new spiritual order, marked by a more direct relationship between worshipers and God.

Of course, the proclamation of a new covenant raises questions about the ongoing validity of the old one. According to Hebrews, “In speaking of a new covenant, [God] has made the first one obsolete. And what is obsolete and growing old will soon disappear” (Hebrews 8:13). If one equates the first covenant with Judaism, this line of reasoning leads to the problematic belief that Christianity has replaced Judaism, which no longer has reason to exist. This belief, known as supersessionism, fosters negative attitudes and disparaging rhetoric toward Judaism. At its worst, it leads to acts of violence against Jews. It is important to remember on Reformation Day that many early reformers advocated such violence, with Luther’s treatise On the Jews and their Lies among the more extreme examples. The threat of such rhetoric remains current; the perpetrator of a recent synagogue shooting in San Diego used explicitly supercessionist language to justify his crime. 1

The supersessionist interpretation of Jeremiah 31 isn’t the only one, however. After all, Jeremiah’s new covenant is part of God’s ongoing relationship with “the house of Israel and the house of Judah,” as verse 31 makes clear. The Hebrew Bible contains many divine-human covenants that coexist rather than replacing each other, including the covenants with Noah (Genesis 9), Abraham (Genesis 15, 17), and David (1 Samuel 7). The emphasis in Jeremiah is hope for the future, not contempt for the past. Preaching from this text on Reformation Day is an opportunity to celebrate God’s many acts of bringing newness into the world, whether in exilic Babylon, early modern Europe, or our own time and place.