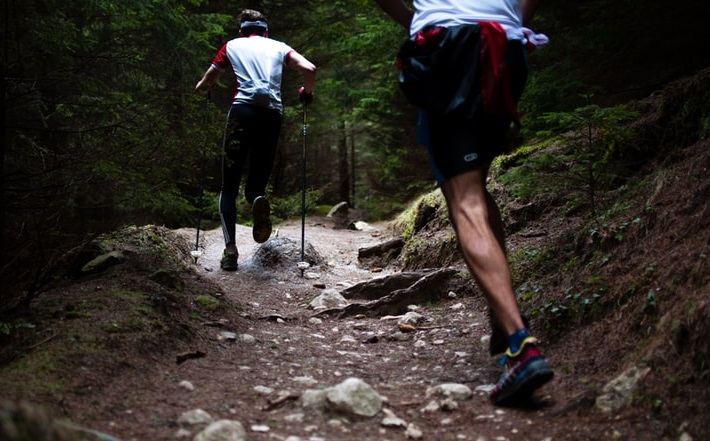 My steps have held fast to your paths; my feet have not slipped. Photo by David Marcu on Unsplash; licensed under CC0.
November 10, 2019

Some of these religious discussions conclude without deeper reflection on how the theological issue under consideration might actually apply to the reality of the contemporary world. What difference would it make to determine the nature of a legally bound marriage in the afterlife for those who say there is no resurrection?

In the patriarchal culture of the ancient world, it would strike few as odd that these men debate the ownership of this woman in the afterlife: “whose wife will the woman be”? Furthermore, it would strike few as odd that these Jewish men were deliberating the reproductive repercussions of this one woman, a (hypothetical) wife of seven different men. As in this case, even the absent children were considered in relationship to the male figures of the families: “all seven (men) died childless” (Luke 20:31); “raise up children for his brother” (verse 28). Sadly, but true in all patriarchal societies (ancient and modern), the female body often becomes the place of theological regulation. For this unnamed woman, Torah would determine her earthly relations but could not resolve her future life. And, as readers were tipped off in advance, the Sadducees had little concern for her future implications because of their theological assumptions.

The lectionary passage falls within a series of discussions in which various sectarian groups (all associated with the Jerusalem temple, presumably) inquire into Jesus’s activity and into his religious thinking. The chapter begins with a key question for the whole series of dialogues: “by what authority are you doing these things?” (Luke 20:3). Jesus answers the question only indirectly with the use of a parable (20:9-19), which appears to be a clear assault on the Jerusalem leaders who “wanted to lay hands on him at that very hour” (20:19). But they chose not do so because of Jesus’s popularity among the crowds. So, additional “spies” approach Jesus with a question that intimates Jerusalem’s relationship to the Roman Empire: should we “pay taxes to the emperor, or not?” (20:22) It is not hard to imagine on which side these religious power brokers lay; those who support the status quo often heed the instructions of the empire. Finally, the Sadducees—attached to the various networks associated with the Jerusalem Temple—arrive with their own query.

Luke’s portrayal of the “Sadducees” is distinct from Matthew’s portrayal; the latter prefers a closer association between the two leading sectarian groups, Sadducees and Pharisees (see Matthew 3:7; 16:1, 6, 11, 12). In Matthew’s parallel to this story, it is the only time the Sadducees stand alone. Even here, Matthew’s Pharisees reply at the end with their own “test” (Matthew 22:34), implying their close relationship with the former group.

For Luke, however, the Sadducees stood alone throughout the narrative, as the agreement of the (pharisaic?) scribe makes clear at the end. (In Luke’s sequel, the tension between the Sadducees and the Pharisees will become more prominent and very useful to Paul, as he announces his own pharisaic leanings toward a belief in the general resurrection [Acts 23:6-8]). But if we end, as the lectionary selection does, at Luke 20:38, then we will miss out on a crucial element in the Lukan story: there are some Jerusalem leaders—the scribes—who approve of Jesus’s response on this theological core issue over against the Sadducees. Since most Jews would have believed in a general resurrection, the agreement is not surprising.

The question remains. What difference does this argument make for an embodied faith?

Key to this passage—and hopefully to the Sunday lesson—is the relationship between “God” and “life”: “for God is a God of the living.”

Herein lies the key to Jesus’s hermeneutical approach. Text matters (Notice the stark question in the mouth of Mark’s Jesus: “Is not this the reason you are wrong, that you know neither the scriptures nor the power of God?” [Mark 12:24]). But not text alone. Human (legal) relationships—even those bound by Torah—have no bearing in the next life. What do God’s followers expect will happen from their interpretation of the text? Hopefully, something that will bring life, energy, meaning, and substance to the reality in which they find themselves. “God is a God of the living.”

When our theology fails to touch human bodies—when theology becomes disembodied—what difference does it make? When this occurs, commitment to nation states overrides fair treatment of individuals.

Jesus’s response that this woman—and all embodied individuals—are the “children of the resurrection” (and, so, lose ‘attachments’) is also striking. On the one hand, it seems to be a denigration of embodied faith, a statement that implies that human relationships do not matter. On the other hand, “children of the resurrection” ought to care about more than their own; this is not American-style “family values.” Resurrection’s children ought to be God’s children (Luke 20:36) and live as if their relationships can expand, becoming like the “angels”—God’s messengers and actors in the world—living in God’s service. It clearly challenges contemporary notions that ‘married’ life is the only true fulfillment of a meaningful life.

When one looks at the present life through the lens of the next life, the present world looks differently. Old beliefs may not apply. What theological ideas do we still have in place that displace and disregard the bodies of people?

If God is a “god of the living,” followers of Jesus ought to be about things that bring life, which seems to emphasize a call for embodied living recalling not just what happens when we die—“In the resurrection … whose wife will she be?”—but paying attention to present realities. For example, why have a theological system that forces women to remarry again and again so that they to give birth to protect their (first) husband’s name?

Of course, there are contemporary theological debates that take our attention, like the inclusive nature of our congregations toward people of various sexual orientations, wondering if the preached word can originate from within anyone other than those of the hetero-orientation. What theological beliefs do we still have in place that displace and disregard the bodies of people?

The Old Testament text for this Sunday is perhaps most famous because of the exquisite soprano aria from Handel’s Messiah: “I know that my Redeemer liveth, and that he shall stand at the latter day upon the earth.”

Really. Tell this story of a people trying to rebuild their lives and determine where God is in the midst of it.

In Psalm 17, the author finds himself in a dire situation.

There will always be alarmists in the world and the church.
Print All Text Print All Commentary

Be Present and Engaged