"I have nothing baked, only a handful of meal in a jar, and a little oil in a jug."Photo by Elliott Stallion on Unsplash; licensed under CC0.
November 11, 2018 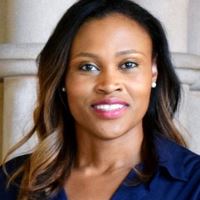 The climax of the story involves a “big ask” and a willing participant. How we are inclined to read the story influences our final interpretation of the resulting miracle.

The ask that Elijah makes in this passage might be one of the most striking features of the text. Instead of a genuine ask, in terms of questions, it is more so a directive at times. And more significantly, the one of whom he makes his request is contradictory to the expectations of the circumstances named.

The story explains that Elijah is instructed by the Holy One to travel to Zarephath in the region of Sidon. Likewise, he is informed that a widow there will feed him. Widows are among those who should be taken care of by others, just as the orphans and those most in need. (Deuteronomy 14: 9) They are to be fed and clothed. And here, the widow is described as the one who will provide food and sustenance for Elijah. When he arrives at the town gate the unnamed woman, presumably the widow, is there gathering sticks. And to this woman he makes his request in verse 11,

…he called to her and said,
“Bring me a little water in a vessel, so that I may drink.”

She complies with the initial request without a record of responding verbally. However, as she is on her way to get water, Elijah ups the ante of his request and adds, “Bring me a morsel of bread in your hand.” She is recorded as not responding verbally to the first request. However, at the request for bread she responds, that she has nothing baked and affirms the warrant of her claim in the living God.

But she said, “As the Lord your God lives,
I have nothing baked, only a handful of meal in a jar, and a little oil in a jug;”

Not only does she not have anything baked but it also becomes clear that her supplies for food and sustenance have run low. And she vouches for this scarcity by evoking the witness of the living God. She names an intention of “gathering a couple of sticks, so that I may go home and prepare it for myself and my son, that we may eat it, and die.” After the intimate request to be fed from her hand and her naming a lack of food, Elijah increases the intensity of his request once more.

This time in verse 13 he tells her,

Do not be afraid; go and do as you have said; but first make me a little cake of it and bring it to me, and afterwards make something for yourself and your son.

The directive reads as Elijah being insensitive towards the stated situation, or at minimum undeterred by the widow’s circumstances of scarcity considering his directive from the Lord. The way in which the story ends pushes the reader to sit with and listen through the directives of Elijah which may cause discomfort. We are pressed to ask what makes the nature of this ask for one’s last different than others that we may encounter in our world that lead to one’s literal last and ultimate demise. If we move beyond the answer of miracle and one directional obedience as in, “the widow was obedient to the word event” — other possibilities may emerge by probing the text.

Gaps in the Story

Elijah’s final directive is followed immediately by words attributed to the Lord the God of Israel in verse 14.

For thus says the Lord the God of Israel: The jar of meal will not be emptied and the jug of oil will not fail until the day that the Lord sends rain on the earth.

According to Elijah the promise is that the meal would not empty and the oil would not fail until the drought ends. And with this promise the widow proceeds to fulfill the requests of Elijah. As the story ends, it came to pass that the meal and oil did not run out just as the word from the Lord had promised. “She as well as he and her household ate for many days.” (verse 14) This particular cake of bread was not the last cake of bread for she or her son. The story ends with life instead of the death.

Considering the promise given and its final fulfillment — life not death — the gaps present in the plot of this story are intriguing. The words attributed to the Lord changed from the opening of this passage in verse 9 to the end of the passage in verse 14. When the initial message is given to Elijah the Lord says, “Go now to Zarephath, which belongs to Sidon, and live there; for I have commanded a widow there to feed you.” (17:9) Elijah is then recorded as going to the region.

By the time Elijah shares what the Lord says, the description of God’s words has changed. The words have expanded to not only Elijah being fed by this widow, but also a promise that the provision for the widow would not run out until rain returned to land. At some point between his departure from the wadi and his encounter with this widow, the reader is to assume and trust that the prophet has received an expanded revelation.

The nature of scripture as once oral stories passed along before eventually being written down and recopied, makes it reasonable to believe that pieces of the narrative may have been dropped or added along the way. It follows the tradition of any good story passed down from person to person. Ironically, we often graciously forgive some details that are missing or contradictory and not others. In this instance, one might be quick to assume the “trustworthy knowledge of the prophet,” and in turn, the trustworthiness of his expanded revelation and push for this widow’s last. Considering the gaps in the prophet’s story and the presence of a revised revelation, it brings to question as to whether or not there are other gaps in the narrative that we do not readily probe or consider because of our biases and inclinations of reading.

What of this widow and her knowledge? Is it just as trustworthy as Elijah’s? We are obviously missing parts of the widow’s story. We do not know why she’s a widow, how she’s fending for herself and her son, nor who else might be living in the household with she and her son. Another point of curiosity in the widow’s story is the question as to whether or not she is the passive participant we often paint or interpret her to be in this story. It is plausible that she might have been aware of the upcoming exchange with Elijah — that would then result in a miracle as she offers her cake of bread.

In verse 8 when Elijah is told to go to Zarephath, the Lord says,

I have commanded a widow to feed you there.

The text seems a bit vague about whether this was a matter of one being “willed to feed” or “told to feed.” Either way, viewing the widow as not simply a docile participant but a mutually knowing agent brings to question if she had her own encounter with the Lord prior to Elijah arriving on the scene. And more specifically, an encounter in which the Lord commanded or told her to feed Elijah.

If we assume the widow had prior and trustworthy revelation before Elijah showed up at the town gate, this shifts our approach to their final exchange at the gate. Their encounter at the town gate might then be one of discerning the continuation of a word they both receive independent of this moment. And in this moment, the manifestation of the miracle is dependent on their showing up to participate in pulling forth that which provided sustenance for them and others. The miracle here relies on the mundane materials of oil and bread, mutual presence, trusting one’s knowing of God, and an ongoing discernment in the present moment.

The prophet’s forced dislocation and relocation after the wadi dries up does not seem coincidental. The location of this miracle is in the actual homeland region of Queen Jezebel, the one who is storied as putting Elijah to flight in the coming chapters. Plausibly, the prophet may need to remember this mundane miracle as the next leg of his journey continues. Elijah’s ministry will continue as he flees threats to his life, performs more miracles, and finds himself in need of more sustenance along the way. Here in this instance he has the aid of the least expected participant, an unnamed widow from Zarephath.

There are often times when the places of silence or gaps in the text produce the greatest fodder for preaching. As readers, we benefit from dislocating ourselves from traditional readings alone. Our biases often continue to silence characters in a text who are skewed towards silence already or painted as lacking the capacity to play a vital role in the story at hand. And yet, we are prone to fill in imaginative gaps or give allowance to characters in a text who are foregrounded as major characters — such as Elijah.

A willingness to shift our perspective and read deeper or “at a slant,” opens up alternative possibilities for this miracle story. Namely, we push back on dangerous assumptions of sacrifice or one offering up their last in a world that is prone to take their last without return. And we open up the capacity for understanding the potential of the miraculous in the everyday stuff of life, as people show up together discerning and intuiting revelation of God together for the sake of something more. Ultimately, the miraculous seems to be participatory and that which continues life.

Over the ages, Jesus has been persistently inconvenient for the elite classes of his and our societies.

The book of Ruth’s gritty beginning eventually finds its way to a happy ending.

At a moment when antisemitism and anti-Jewish and anti-Muslim violence has become more visible and more vitriolic, Christian interpreters of scripture bear an even clearer ethical responsibility to proclaim Christ without the triumphalism of supersession.
Print All Text Print All Commentary