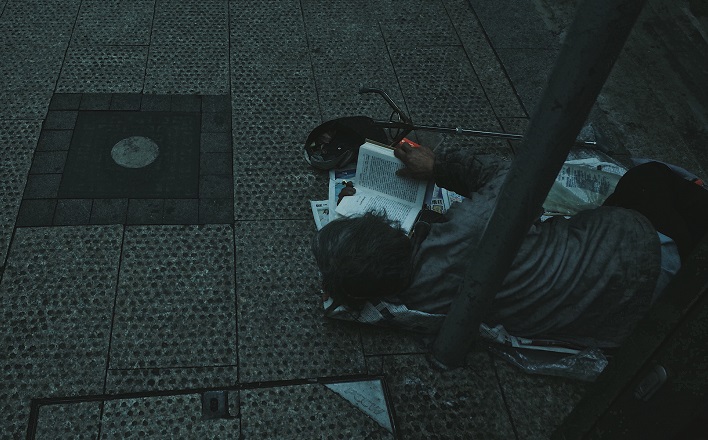 Such a statement testifies to the broad lack of awareness of the historical and theological importance of those books often referred to as the “apocryphal” or “deuterocanonical” books, most of which were written during this period.

For most of the history of the Church, the apocryphal books were deemed part of the canon, particularly in the west. Books such as Tobit, 1 Maccabees, and Sirach were quoted by early church figures and likely also influenced the New Testament. Historically, these books help us understand the various forms of Judaism in the second temple period and they are indispensable for our understanding of early Christianity.

At the same time, these books area important theologically. They contribute to our understanding of topics such as martyrdom (1 and 2 Maccabees); wisdom (Sirach); almsgiving (Tobit); and the afterlife (Wisdom of Solomon). Both internal and external reasons recommend these books to us. Whether or not our traditions allow them to rise to the level of “scripture,” we ought to study them and understand them.

The book of Sirach, or the Wisdom of Ben Sira, is a good test case for the importance of the apocryphal books. Jewish leaders, authors, and thinkers in the second temple period were scrutinizing their tradition, often asking hard questions. We see this in the book of Job, for example, which struggles with the problem of undeserved suffering, but also with the bigger problem of epistemology. In other words: how can we know what God does and why? Books like Job and Ecclesiastes seem epistemologically skeptical—much of God’s ways are beyond what humans can and should know. At the same time, apocalyptic traditions took a different turn to elaborate tours of the heavens, visions, and interpretations as a way of guaranteeing knowledge and understanding.

Sirach was written in Hebrew around 200 BCE, right in the heart of this second temple period. At a time when Hellenization had firmly gripped the ancient Mediterranean world and presented Judaism with an existential threat, Sirach interprets his traditions to show their profundity and practicality. The book engages Israel’s past and offers a theological formulation of how to live and how to think about God.

Sirach is in the tradition of Proverbs, offering proverbial wisdom from a teacher to a pupil. The author’s argument suggests that obedience to God’s law and to the sage’s teaching can guarantee security and God’s blessing. Despite new ideas emerging within Judaism of his day—including the apocalypticism seen in 1 Enoch, Daniel, and eventually the New Testament—the author of Sirach maintains a more traditional, on might say conservative, view about God and revelation.

Sirach reaffirms traditional wisdom traditions and the guarantee they provide about being able to explain how God acts: “An educated person knows many things, and one with much experience knows what he is talking about … I have seen many things in my travels and I understand more than I can express” (Sirach 34:9, 12). In other words, the sage has the experience and his wisdom can be trusted. Sirach consistently, like Proverbs, recommends “fear of the Lord.” “Fear of the Lord” means observance, both of the sage’s teaching and of the law. While Sirach is not overly concerned with the intricacies of how to keep the law and offer sacrifices like the priestly traditions in the Old Testament, keeping the law is a guarantor of God’s blessing. We find a succinct summary of these perspectives in Sirach 35:12-13: “Give to the Most High as he has given to you, and as generously as you can afford. For the Lord is the one who repays, and he will repay you sevenfold.” In other words, there is a direct correlation between how one acts and how God will repay proper action.

As scholars have long pointed out, such formulations of a connection between act and consequence, as seen here in Sirach and in places such as Proverbs, have deep resonances with the book of Deuteronomy, which also espouses a close connection between act and consequence. While the human condition is replete with examples of righteous sufferers, we would be rash to jettison Sirach’s words too quickly. We should recall the importance of obedience in the sermon on the mountain (Matthew 5-7) and its connection with rewards (Matthew 5:20; 6:1; 7:11). Such ideas of act and consequence also resonate with the letter of James (e.g. 1:25).

No theological formulation works perfectly. Sirach attempts to harness past Jewish traditions and to formulate them in a way that is understandable, helpful, and can be integrated into how people were living their lives. His concerns are often practical and pastoral and his recommendations are based on a belief that God’s wisdom has been bred into the structure of the world. Wisdom can be sought, learned, and utilized to improve people’s lives.

Finally, as to the content in Sirach 35:12-17, we’ve already seen the typical retributive perspective here, that God will repay according to one’s actions. Sirach, like many parts of the wisdom literature, consistently recommends almsgiving. He goes so far as to say that almsgiving can “atone for sin” (3:30). Sirach does not, however, see the poor as a wronged group, as those who can stand as plaintiffs before God with a complaint like one might see in a prophetic text such as Amos. Those who are wronged, however, who have suffered an injustice, are right to make their supplication to God. Here the examples given are orphans and widows, whose prayers God will accept and answer. Even these, however, must act in a way that is “pleasing to the Lord” (35:20).

Finally, it is interesting to consider how this text from Sirach sits alongside the parable of the Pharisee and the tax collector from Luke 18. While Sirach’s overall theological ideas might differ somewhat from Luke’s, they both share here a conviction that God is the ultimate judge and that something more than outward adherence is required of a person of faith. In Sirach, there is a directive to obedience, but those things sacrificed to God must be gained honestly. In Luke, God also judges the heart and not outward trappings.

Overall, Sirach is a fascinating book, filled with helpful aphorisms, reinterpreted traditions, all in the service of trying to help people live their lives. While the book is not without its problems (25:16-26), it is a worthy conversation partner in the ongoing attempts to discern what the Spirit is saying to our churches.