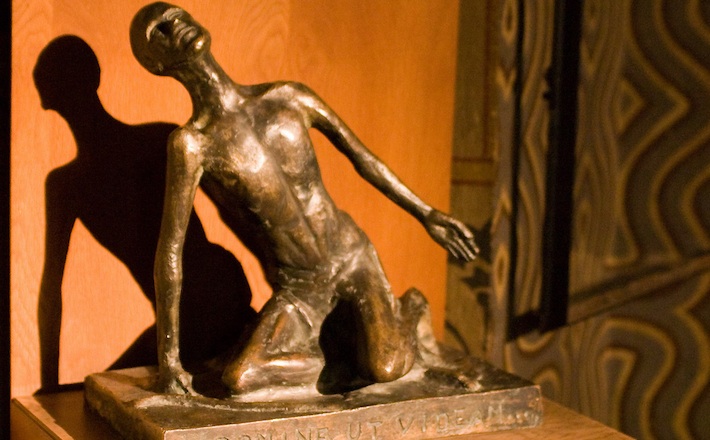 When return seems impossible, the prophet sees a way home that will accommodate their different, but limited, human abilities and life stages. God makes it possible for all to walk a straight and smooth path. Finally, the oracle answers the pain of displacement, loss, and alienation with the intimacy of life as a family.

The prophet himself is not in exile, but in Judah, land of promise. His oracle thus speaks to multiple audiences. Most directly, he speaks to those who remain in Judah and Israel, whose children, parents, brothers and sisters, friends, neighbors, extended families, and neighboring tribes have been taken from them, first by Assyria over a century before and most recently by Babylon. He also speaks to those now in exile, the people of Israel and Judah who had been deported from their homeland against their will. Some, those deported from Judah in 597 BCE, could be traced to Babylonia. Others, the deported tribes of Israel or Ephraim, had been lost in place and time, and were connected now only in memory, tradition, and hope. The oracle focuses especially on this remnant of Israel, lost to their brothers and sisters in Judah and Samaria, scattered to the corners of the earth. Only God can know where they have been taken. Only God can bring them home.

As I consider how one might preach this passage, the first question that comes to my mind is, whom have we lost? Whom have the ravages of history stolen from us? Whom have the consequences of our own sin and that of our ancestors expelled from our faith community, our neighborhoods, or our land? The answer to this question might be different for each congregation. This passage can prompt reflection within your congregation: what is God’s vision for homecoming? Whom does God intend to bring home to you? What will your hope in God’s promise mean for the faith and actions of your community?

The first verse of this passage is a loud one. Jeremiah’s audience is breaking a silence imposed throughout the earlier chapters of the book. Earlier, the prophet had been told not to pray or cry out on behalf of the people (Jeremiah 7:16, 11:14, 14:11). God refused to hear the laments of the people and promises to end the sound of their celebrations (7:16,29,31; 16:9; 25:10). The people too had been instructed to refrain from mourning their dead and from feasting in gladness (16:5-9; cf. 25:33). But Jeremiah and his people were not completely silent. Despite the injunction God placed on them, we hear repeated weeping, wailing, mourning, and lament (9:1,10; 13:17; 14:17). The command to keep silent is an impossible one. The people’s pain at their woundedness, the desolation of the land, and the loss of their kin kept breaking through the silence (31:9).

In a culture that so often commands silence, in communities that so often fail to hear, can you, the preacher, listen for the sounds that have broken through? Would you imagine that you have witnessed only a trickle that has escaped from a deep and closely guarded well of sorrow and lament? If the community could acknowledge this together, would it change the way the community celebrates together?

Now God wants the amplifier to be dialed up to eleven, and the song is one not of sorrow but of joy. The first word of the Lord’s speech is a command to the people: “shout joyfully” (Jeremiah 31:7). The verb is a favorite of the psalmists, and occurs many times in Isaiah. But it has not occurred in Jeremiah prior to this moment. The entire book has changed keys. The minor chords of chapters 1-29 gave voice to judgment, anger, exile, and death. Chapter 30 marked a shift: God would answer the sound of distress (30:4-7) with salvation (30:8-11), cure the incurable wound (30:12-17), and restore Jacob’s tents, city, children, and ruler (18-21). Chapter 31 continues in this new key, picking up strains of gladness foretold in 30:19.

The glad shouts here in 31:7 are for Jacob, in response to the good news of restoration and salvation for those who have been lost for so long. They are also to be shouted “for the chief of the nations” (New Revised Standard Version) or “at the head of the nations” (New American Bible). The exact meaning of this latter phrase is less obvious: it may paint a moment of triumph, when captives are finally free to look their captors in the eye and say, “you didn’t win, after all.” Gloating is dangerous, as the prophets so frequently remind us, but so is quiet acquiescence to empires and injustice. The other possible meaning of this phrase is to interpret the chief or head of the nations as referring to God. The passage culminates in the restoration of the familial relationship between God and Jacob; this journey home is a celebration for them both.

The company the Lord will gather from the North and from the corners of the earth includes the blind and the lame, pregnant women, and women in labor (Jeremiah 31:8). A multitude will return and they will walk on a straight path alongside brooks of water (31:8-9). None will stumble (31:9). God does not promise to change the bodies of blind and lame. Yet God ensures that the path home includes and accommodates them as they are. God does not ask the women among them to postpone their pregnancies or deliveries or postpone their travel so as not to slow down the pace of the company. This party will travel as slowly as it needs to, and they will have the water they need to sustain them at every step.

Those whom God intends to bring back to you will come to you at their own pace, and they will bring new life into your midst. They are the firstborn, returning to their ancestral home.