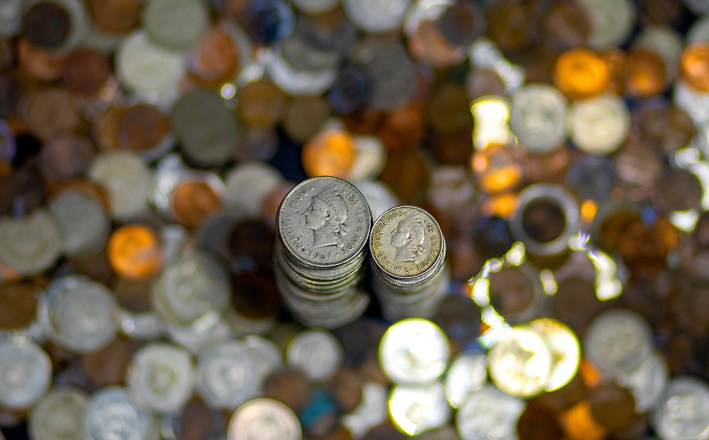 In a two-act dialogue between Moses and God, Moses barters with God to secure the assurance from God that God will lead Israel on their journey to the Promised Land.

Exodus 33:12-23 is generally divided between verses 12-17 and 18-23 but is perhaps better divided by Moses’ three prayers in verses 12-14, 15-17, and 18-23. Exodus 33:12 opens with a complaint of Moses against God. Moses’ objection is that God commissioned him to bring the people from the house of slavery in Egypt and promised to go before them. Yet, after committing to remain faithful to the statutes and ordinances in the covenant that they entered into with God at Mt. Sinai (Exodus 19:5), the people grew impatient after Moses was with God on the mountain for forty days and nights. They ask Aaron to make gods for them to replace Moses as their leader and Aaron complies by fashioning a golden calf as an image of God (Exodus 32:1). Aaron builds an altar before the calf and the people worship and sacrifice there. God’s anger is kindled against the people and God sets out to consume them with fire. However, Moses intercedes on their behalf and God’s wrath is abated.

Nonetheless, the relationship between God and Israel was forever changed. For one, when Moses descends the mountain to see about the revelry that the people were engaged in as part their worship of the calf, his anger also burns against the people and he destroys the tablets with the commandments in them. God renews the covenant but the commandments that replace the former ones are not duplicates of the original (Exodus 34:10-28). For another, God abruptly orders Moses to tell the people to pick up and leave Sinai (now called Horeb) to resume the journey to the Promised Land. However, God informs Moses that God will not accompany them. Instead, God will send an angel (Hebrew: malak) or messenger ahead of them (33:1-3; see also 32:34). This is the source of Moses’ objection.

Moses balks and once again appeals to God on the people’s behalf (see 32:11-14). This time it is a plea for God’s guarantee to accompany them along the journey. Exodus 33:12b is puzzling because Moses is aware that God has previously declared that God would not continue to be present with the people once they departed but would instead send an angel before them. Yet, Moses declares that God has commanded him to lead the people without having “let me know whom you will send with me” (33:12a). Next, Moses appeals to his relationship with God as one who has found favor in God’s sight (33:12b). Thus far, God has never referred to Moses in Exodus as having “found favor in [God’s] sight” (in contrast to Noah in Genesis 6:8), but the reader is expected to accept it in good faith. Moses appeals to God three times using this expression (33:12-13). As such, we should accept that Moses is speaking rhetorically each time he asks if he has found favor in God’s sight; if that is the case, then God must do as Moses has asked. In this instance, God must not only accompany them but must also acknowledge the Israelites as God’s people. God concedes and agrees to remain with Moses and the people (33:14).

Still, Moses does not relent and entreats God once more for reassurance that if God will not go with them, then the people should not depart from that place. But Moses also ups the ante. He contends a fourth time that not only Moses but also the people will have found favor in God’s sight if God accompanies them. This will distinguish Moses and the Israelites as God’s people. God agrees to Moses’ plea as evidence that God knows Moses by name and that Moses has secured God’s favor, using the same language as Moses in verse 12 (Exodus 33:17).

Moses is not content with having achieved what he set out to do but rather raises the stakes. Moses entreats God a final time, asking to see God’s glory. In essence, Moses is asking to see God in person. God agrees to pass before him revealing all God’s goodness (Exodus 33:19) and offers to proclaim the divine name once more (see also 3:13-15), but God has a limit. God declines to allow Moses to encounter God face to face, although the narrator reports in Exodus that God spoke to Moses “face to face, as one speaks to a friend” (33:11). The reason given is that no one can see God’s face and live. Nevertheless, God instructs Moses to stand on a rock and as God’s glory passes by, God will place Moses in the cleft of a rock protected by the hand of God. Once God has passed by, God allows Moses to glimpse the back of God but not God’s face (33:21-23). God is portrayed as having human characteristics, but this should not take away from God’s divine nature.

Exodus 33:12-23 demonstrates that there are many facets of God’s character. Through God’s relationship with Moses, who enjoys a favored status with God, we see a God who can be angered and mollified. God is also characterized as being open to having God’s mind changed more than once. God’s willingness to assent to Moses’ demands also has limits. Moses does not get everything that he asks for. Moses’ entreaties towards God can seem to push the boundaries between deference that humans should have for the divine and defiance. Yet, it is good that we can intercede on the behalf of others and know that God hears and responds.