"Because this widow keeps bothering me, I will grant her justice, so that she may not wear me out by continually coming." Photo by Etty Fidele on Unsplash; licensed under CC0.
October 20, 2019 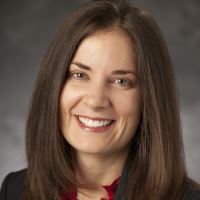 Jesus’ parable falls near the end of his journey to Jerusalem (Luke 9:51–19:27) and immediately follows his teaching about the coming of God’s kingdom and the end times (Luke 17:20-37).

Despite his shift to the topic of prayer in Luke 18:1-8, Jesus’ parable continues this eschatological thread from the previous passage. Now Jesus reveals the imperative of persistence and actively relying on God as we await the end, even though life in this world continues to be rife with injustice.

Jesus begins by telling his disciples that the parable he is about to tell is about praying “always” and not losing heart (Luke 18:1). The parable itself, however, focuses on a widow dealing with a judge in a corrupt justice system. Luke twice tells us that the judge in this tale is someone who neither fears God nor respects people (verses 2 and 4), and Jesus himself characterizes the judge as “unjust” (adikias) (verse 6). Regardless, the widow repeatedly comes to the judge in pursuit of justice. (This is conveyed in verse 3 by the tense of the verb ercheto: “she kept on coming.”) She tells him to “grant me justice [ekdikeson] against my opponent,” or literally, “against the one who has treated me unjustly [antidikou]” (verse 3). Despite her plea, though, the judge does nothing. He refuses to act because he is not willing (ouk ethelen), and so he does not respond at first (verse 4).

For those familiar with Jewish Scripture, the judge’s lack of action is especially appalling. In biblical texts, widows are counted among the most destitute of society, alongside other vulnerable groups such as the poor, orphans, and resident aliens. Because of the precarious social and economic position of such groups, biblical texts also make provision for them, helping to ensure that they do not fall victim to exploitation (for example, Exodus 22:21-25; 23:6-9; Deuteronomy 24:14, 17-18; Isaiah 1:17).

Yet while the widow’s social location certainly numbers her among Luke’s concern for the “lowly,” the widow in this parable resists the exploitation to which she is being subjected. Like other widows before her, such as Tamar in Genesis 38 and Ruth and Naomi, the widow in Luke 18 takes matters into her own hands. Her persistence and call for justice is such that the judge characterizes her actions as those of a boxer. It is difficult to discern this boxing image in the NRSV, which translates the judge’s words as follows: “because this widow keeps bothering me, I will grant her justice, so that she may not wear me out by continually coming” (verse 5). In the original Greek, though, the judge says: “because this widow causes trouble for me, I will give her justice, so that she may not, in the end, give me a black eye by her coming” (verse 5). By using the verb hypopiazo, which means “to give a black eye,” Luke situates the judge’s language within the arena of boxing metaphors. (See also Paul’s use of the verb hypopiazo in 1 Corinthians 9:26-27.) However, when English translations do not capture the meaning of this verb, they soften the tenacity of the widow’s actions, as well as her perceived status as a “trouble-maker” to the system.

Such translations also obscure the humor that Luke infuses into this scene. We are probably meant to laugh at this topsy-turvy picture of a lowly widow pummeling a recalcitrant arbiter of justice. But as New Testament scholar F. Scott Spencer rightly recognizes, the humor in this scene is not one of comic relief. The humor in this scene instead pokes fun at the powers-that-be, “lampooning and upending the unjust system stacked against widows, orphans, immigrants, and the like.”1 Like our political cartoons today, Jesus’ parable encourages us to laugh at those who wield their power unethically. We laugh, though, in order to challenge such figures, and ultimately, to offer a different way.

Jesus’ commentary on the parable

After delivering this short (and punchy!) parable, Jesus offers a few concluding comments that touch on the character of God and the nature of faith. He uses the judge’s words as a jumping off point to speak about God’s own deliverance of justice, which God dispenses to those “who cry out to him day and night” (verses 6-7) (see also Luke 2:36-37). But while Jesus compares God to the judge with this transition, the real point of comparison is one of contrast.2 God is in fact not like this reluctantly responsive judge.3 God does not need to be badgered into listening, and when God does respond, God does so willingly. If anything, God is more like the widow in her own relentless commitment to justice.4

The widow, though, also exemplifies how followers are to be oriented toward God. Jesus returns to this emphasis on the behavior of believers with a concluding rhetorical question that recalls his opening statement about prayer and not losing heart. Here Jesus says: “I tell you, [God] will quickly grant justice to [those crying out]. And yet, when the Son of Man comes, will he find faith on earth?” (verse 8). This final word also recalls his earlier eschatological discourse (Luke 17:20-37) and points to other places where Luke indicates that the Son of Man will only return after an extended delay (for example, Luke 12:35-40; 19:11-27; 21:7-28).

By ending on a question of whether he will find faith at his return, Jesus raises a number of additional questions for us. How do followers not lose heart and maintain the faith in light of the fact that Jesus is not returning as soon as many would like? How are we to act if God’s justice is not delivered according to our own timetable? How do we go on in the face of injustice if God’s ultimate justice only arrives “suddenly” (en tachei) at Jesus’ return? (The phrase en tachei in verse 8 can be translated as “quickly” in a temporal sense, or as “suddenly.”) In response to such questions, Luke maintains that we are to act like the widow. We are not to wait quietly for Jesus’ return and accept our fates in an oppression-ridden world. We are instead to resist injustice with the resolve and constancy of the widow. As Jesus explains elsewhere (Luke 11:1-13), prayer is not a passive activity but one that actively seeks God and pursues God’s will.5 Like the widow, we are to persevere in the faith, crying out to God day and night. This is what persistent prayer looks like.

Genesis 32:22-32 is a profoundly mysterious story with numerous unanswerable questions.

After hearing Jeremiah’s unrelenting oracles of judgment earlier in September, our focal passage this Sunday contains oracles of promise and hope.

Psalm 121 is a “song of ascent.” It is the second psalm in a collection used by Israelites making pilgrimages to Jerusalem (Psalms 120-134).

Once again in these verse from chapters three and four of 2 Timothy, Timothy is being exhorted to continue in and remain firm in what he has learned from “Paul.”
Print All Text Print All Commentary

Taking the Fork in the Road