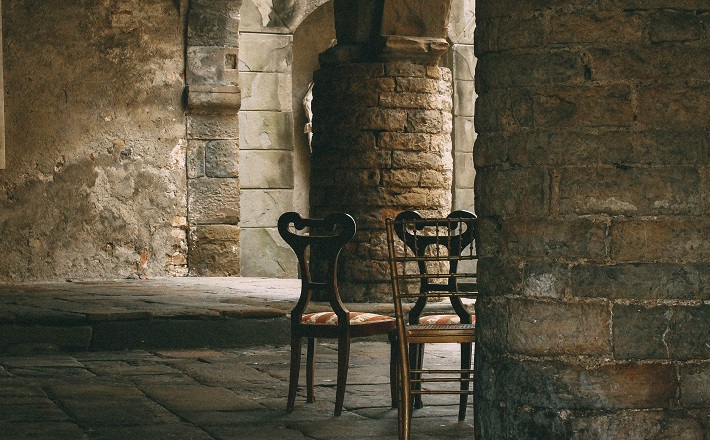 While this interpretive approach is helpful, it has often overlooked the facts that Psalm 90 is consistently addressed to God, that it is the only psalm attributed to Moses, and that it opens Book IV of the Psalter.

These facts do not imply that Moses is the author of Psalm 90, but rather that the editors of the Psalter invite readers to hear Psalm 90 as a prayer offered by Moses on behalf of the people in response to the crisis of exile that is articulated in the concluding psalm of Book III (see Psalm 89:38-51). For instance, the plea for God to “Turn” (verse 13) recalls Moses’ request for God to “Turn” in Exodus 32:12 (note also that “compassion” in verse 13 represents the same Hebrew root as “change your mind” in Exodus 32:12). In short, as Moses interceded for the people in the face of God’s anger over their creation of the golden calf (Exodus 32:1-6), so Psalm 90 portrays Moses as intercessor in the face of God’s anger expressed in verses 7-11.

These two interpretive approaches are not mutually exclusive; and in fact, they can even be seen as complementary. In any case, Psalm 90 features the concept of time (see words or phrases related to time in verses 1, 2, 4, 5, 6, 9, 10, 12, 14, 15, 16); and one of the most startling aspects of Moses’ life is that, in effect, he ran out of time — that is, he died before entering the land of promise, because God was angry with him (Deuteronomy 3:26). So, who better than Moses to offer a prayer about time, or more specifically, about the discouraging reality that our human lives are all too fragile and short? Of course, for the people, the exile was a stark reminder of the vulnerability and brevity of human life in general (see Psalm 89:45, 47-48; Isaiah 40:6-8).

Before our lection picks up at verse 12, the contrast between humanity’s limited time and God’s enduring time has been drawn very sharply (see verses 3-6). Moreover, human time unfolds in the shadow of God’s “anger” (verses 7, 11) and “wrath” (verses 7, 11; “wrath” in verse 9 is a different Hebrew word). Although the mention in verse 8 of “iniquities” and “secret sins” suggests that divine wrath is punishment for sin, God’s anger can be understood more broadly as “a linguistic symbol for the divine limits and pressure placed against human resistance to his sovereignty. …  Death is the final and ultimate ‘no’ that cancels any pretension to autonomy from the human side.”2 In any case, even the longest human life “is only toil and trouble” (verse 10). Not a pretty picture! In fact, it is downright discouraging, depressing, and devoid of hope!

But Psalm 90 is not over at verse 10. Even though verse 11 repeats “anger” and “wrath” from verse 7, its mention of “the fear that is due you” hints at something more positive.

The possible wisdom orientation of Psalm 90 reminds us that, according to the sages, “The fear of the LORD is the beginning of wisdom” (Psalm 111:10; Proverbs 9:10; see Proverbs 1:7; Job 28:28). Thus, verse 11 anticipates verse 12, which marks the transition from the thoroughly depressing verses 3-11 to the much more hopeful verses 13-17.

But what is it that constitutes a “wise heart”? The NRSV’s “to count our days” is an accurate literal translation; but what good would derive from simply keeping track of one toilsome, wrath-filled day after another? In this case, a more paraphrastic rendering is helpful. Following the lead of Martin Luther, James Limburg captures well the sense of verse 12: “Lord, teach us to make each day count, to reflect on the fact that we must die, and so become wise.”3

In other words, “a wise heart” involves the disavowal of autonomy; and it means the entrusting of life and future fully to God. Such “fear of the LORD” offers the courage and energy to live each day to the fullest, quite literally, for God’s sake!

Such disavowal of autonomy in favor of daily dependence upon God recalls another Mosaic connection — namely, Exodus 16 and God’s daily provision of manna in the wilderness. In this regard, it may not be coincidental that the three consonants in the Hebrew word for “count” are the same ones that compose the word “manna.”

The concluding verses of Psalm 90 reinforce this conclusion. The “morning” can bring the fulfilling and joyful experience of God’s love (verse 14; compare verses 5-6 and Psalm 89:49). Our “days” and “years” can bring gladness (verse 15; compare verse 9), not merely “toil and trouble” (verse 11). Entrusted to God, even our human “work” (twice in verse 17) can endure, insofar as it contributes to God’s “work” (verse 16).

By way of God’s “compassion” (verse 13) and “steadfast love” (verse 14), human time partakes of eternity. In short, when life and future are entrusted to God, there is hope.  Isaac Watts’s famous metrical version of Psalm 90 captures well the trajectory of verses 13-17: “O God, our help in ages past [see verses 1-2], our hope for years to come.”

For the psalmist, the recognition of human finitude and fallibility is not finally cause for despair, but rather an occasion for prayer. And in humble, honest, faithful prayer, the psalmist arrives at the good news that the hope of the world is grounded in God’s “compassion” and “steadfast love” (verses 13-14).