Joshua 24 is a famous text, mostly for verse 15, which is the climactic verse in the lectionary selection.1 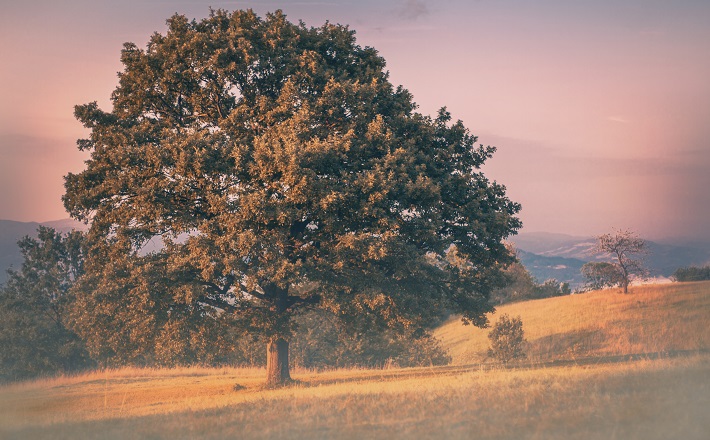 Photo by Nikola Knezevic on Unsplash; licensed under CC0.
October 14, 2018

Joshua 24 is a famous text, mostly for verse 15, which is the climactic verse in the lectionary selection.1

“As for me and my household, we will serve the LORD” appears in all sorts of formats from quilts and doilies to plaques in kitchens and all other sorts of Christian kitsch. The popularity of the line testifies to its power; one can reasonably worry, however, that the power of Joshua 24:15 is significantly weakened by its overuse, especially on items that are somewhat less than powerful — doilies for example!

Three things are important to note about the lectionary reading:

1. First, in the case of Joshua 24:15, no less than any other famous passage of Scripture, the popularity of the verse can be counterproductive to its full significance. “Familiarity breeds contempt” is one old adage, but the problem here is not contempt so much as superficiality. Many people know of Joshua 24:15, may even have it memorized, but as an excerpt, lifted out of context as it were. The decontextualized nature of the verse is not a problem in terms of basic understanding. It is not as if the verse makes no sense whatsoever without extended contextual reference. Joshua 24:15 makes perfectly good sense as it stands and that is why it is able to be lifted out of context in the first place and … quilted.

The issue is not, therefore, a problem of basic sense, but of fuller sense or fullest significance. The verse makes good sense standing all by its lonesome, but it is gains even more gravity when seen in its larger context. The larger context is that the verse is found in the mouth of Joshua, at the end of his life, in his final oration that summons the people to obedience before he dies. The stakes are of the highest sort, life-and-death variety: imminent death for Joshua, covenantal self-destruction if Israel fails to (re)commit. Quilts, doilies, kitchen plaques, or any sort of Christian kitsch doesn’t quite capture that fuller or fullest sense. Preachers will probably have to contend, then, with superficial sentimentality about Joshua 24:15 — perhaps even head on — if a congregation is to wrestle with the deepest levels of this verse, and the reading as a whole.

2. This leads directly to the second point — namely, that more needs to be read and preached on than just verse 15, but also more than just verses 1-15. The lection ends with the climactic verse 15, but the problem is that verse 15 isn’t the climax of the unit. The chapter continues on, and the text that needs interpreting and proclaiming actually runs through verse 28 (verses 29-33 conclude the book and are not part of verses 1-28, which has its own integrity as a unit). The section that is not included in the lectionary reading, verses 16-28, is crucial as it comprises the response to Joshua’s impassioned speech in verses 1-15. Joshua “calls the question,” as it were, at the conclusion to his summary of God’s history with and good work for Israel. That is all verses 1-15. So far, so good.

But verses 16-18 show that Israel is ready with an answer to that question that is every bit as thoughtful, considered, and carefully crafted. “Therefore we also will serve the LORD, for he is our God” (verse 18b) is a verse that deserves to be as well-known as Joshua 24:15, perhaps even more so as it places the obedience firmly within the realm of communal ethics, not just individual personal piety. It is the conclusion to Israel’s reply to Joshua and the counterpart of his own testimony in verse 15. Joshua immediately points out that this is no easy decision — has it been made hastily, without full awareness of the “cost of discipleship” (verses 19-20)? Israel’s answer is firm: “No, we will serve the LORD!” (verse 21). Joshua notes they themselves have sworn testimony to this covenant (verse 22a) and adjures them to obey (verse 23) — Israel concurs on both counts (verses 22b, 24, respectively). We see, then, that this is a carefully exacted and carefully enacted covenant. Verses 16-28, then, comprise the true climax of Joshua 24, not the self-testimony of verse 15b, as popular and familiar as it is.

To conclude this point: it is tempting to run ahead in the flow of the canon of Scripture and think of the many stories (even and especially right next door in Judges!) where Israel is not faithful to the covenant. These stories, if unchecked, could be read back into Joshua 24, suggesting that Israel there is somehow delusional. So, somewhat similarly, Tremper Longman has written that, “in its present canonical context, the people’s reaffirmation is essentially a self-condemnation.”1 This may be true, in canonical context, and those subsequent stories are certainly important at that level. But they shouldn’t be imported overmuch into Joshua 24. Not yet, at any rate. Israel in Joshua 24 is neither deluded nor self-incriminating, but rather in love. Not a syrupy-sweet sort of puppy love, but rather the firm, sober-eyed, committed, considered covenantal kind of love. This is the kind of love that is ready to sign on, for life, for better and for worse, with Holy God and with Jealous God (verse 19a), with punishing God (verses 19b-20) and altogether benevolent God (verses 3-13, 17-18a).

3. Finally, Joshua 24 is something akin to the book of Deuteronomy in a nutshell. Deuteronomy, too, is occasioned by a particularly important leader, Moses, who is about to die, and who is at pains to insure that the people stay faithful to God’s covenant. Joshua is an example that Moses’ rhetoric in Deuteronomy is effective: it “took” in the case of Joshua himself and that is on particular display in Joshua 24, where he employs many of the same rhetorical devices that Moses uses in the book of Deuteronomy. Deuteronomy “works,” that is — not just for Joshua or his family, but for others as well, most notably, perhaps, Josiah (see 2 Kings 22-23). But Joshua 24, and especially verses 16-28, also add something that Deuteronomy lacks: the careful and considered, full and glad, obedient and grateful response of Israel to Mosaic-become-“Joshuanic” rhetoric. Suitably and dutifully covenanted and (re)committed, Joshua sends the people away, each to their own inheritance. They are now ready to live on God’s land in the way God wants.

God of deliverance, you saved the people of Israel and chose Joshua to lead your people to the Promised Land. Choose us, and equip us to live with faith and peace. We pray these things in the name of Jesus Christ, our Savior and Lord. Amen.

Joshua 24 is a famous text, mostly for verse 15, which is the climactic verse in the lectionary selection.1
Print All Text Print All Commentary