Photo by Ronan Kruithof on Unsplash; licensed under CC0.
October 2, 2022 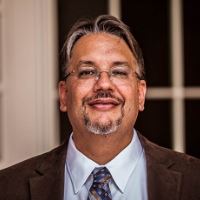 Alone, weeping bitterly, without a comforter, betrayed, her people in exile, finding no resting place. Her roads mourn, her priests groan, her young girls grieve. Her foes have become her masters.

So is the description of “daughter Zion” in the first lines of the book of Lamentations. They are poetic words uttered in the aftermath of the great tragedy that befell Judah and Jerusalem—“daughter Zion”—in 586 BCE. It was then that King Nebuchadnezzar and the Babylonians destroyed the city with its temple, exiling a good portion of its population to Babylon. The poet expresses the pain and desolation of one who likely experienced firsthand the destruction and death that characterized those (for most of us) barely imaginable days of suffering, loss, and despondency.

The poet’s words also strive to explain the tragedy. How could this happen? Why did this happen to us? The answer the text offers is unsettling: It was because of the “multitude of her transgressions” that “the LORD has made her suffer”(verse 5).

The sentiment represents well a version of “Deuteronomic” theology by which much of the Bible seeks to understand not only the disaster of 586, but the consequences of sin more generally. Daughter Zion—Jerusalem and Judah—was paying for her sins, and paying dearly. To understand their pain and suffering the Judahites needed to look no further than their failure to abide by their covenant obligations with the LORD.

The moral-theological logic at work in that sort of Deuteronomistic thinking entails a profound concern for the seriousness of religious infidelity and social injustice. Indeed, the prophet Jeremiah regularly preached against such sin. And in good Deuteronomic fashion he predicted disaster would soon arrive—and this at the hand of the Babylonians (for example, Jeremiah 25:9)—if the Judahites did not repent and change their ways. Indeed, Jeremiah himself experienced the Babylonian assault and its aftermath.

The sort of Deuteronomic theology that Lamentations (and Jeremiah) proffer, however, is also a profoundly dangerous ideology. It can all too easily be carelessly and wrongly deployed as a diagnostic tool to explain any sort of disaster or suffering as caused by a person or group’s sinfulness. It can too easily be taken up to blame all sorts of victims, as when the Rev. Franklin Graham suggested that Hurricane Katrina targeted New Orleans because of that city’s iniquities!

What, then, is there to do with the sort of moral-theological logic that seems to be at work in a passage like Lamentations 1:1-6? Because such a view is found in Scripture, most of us will feel obligated to deal with it seriously. Indeed, it should not be left uncommented upon. It should not be ignored, but engaged. The Hebrew Scriptures represent ancient Israel’s testimony regarding how that people understood their lives and experiences in God’s light. We, today, are invited to engage that testimony in light of our own experiences and understandings of God.

Subsequently, preachers and others might well affirm the serious manner in which Lamentations understood the nature and consequences of sin and injustice—not just the moral failings of individuals but the character and actions of nations too. Ought not we today also be so seriously concerned with such matters, taking seriously the theological impulses of the scriptures, even if not reproducing them identically?

For example, alongside the well-known Deuteronomistic verdict might one not also constructively imagine other sorts of moral-theological responses both to the disaster that befell Jerusalem in 586, and to the range of difficult situations facing our communities and the world today? Indeed, if the poet of Lamentations—and other biblical Deuteronomistic theologians—imagined death, destruction, and exile ultimately to be the result of the divine will—“for the Lord has made her suffer”—must we too? Might we not, for instance, wonder more fully whether the punishment extracted was not too much? Did such severe chastisement “fit the crime” or was it too harsh? Consequently, might we not wonder, too, whether the testimony the Deuteronomist theologians offered was the only correct interpretation of the political and military events of their day?

Should we today focus only on the sin and injustice of the Judahites, which the Deuteronomists believed brought the wrath of the divine? Might not the disaster that befell Judah in 586 (and a host of other smaller and larger city-states in West Asia) at the hands of the Babylonians also be interpreted simply as the result of the wicked and violent imperial strivings of the Babylonians? Indeed, the Bible seems to want to suggest it was both at the same time. Jeremiah, for instance, insisted that although God used the Babylonians to punish “daughter Zion,” the Lord would eventually punish the Babylonians for their obvious wickedness too (Jeremiah 25:12; 50:18).

Lamentations itself might warrant asking the above sorts of questions. The book at points seems to accept the Deuteronomistic moral-theological interpretation of the events of 586, certainly. However, it also seems to contest it somewhat. On the one hand, daughter Zion herself often speaks in the book, poignantly lamenting what has befallen her; and her words can leave a reader thinking that, yes, the punishment Jerusalem received in fact did not fit the crime. As daughter Zion says in 2:20,

To whom have you done this?

Should women eat their offspring,

The children they have borne?

Should priest and prophet be killed

In the sanctuary of the Lord?

In her appeals to God, daughter Zion also sounds a distinct theological note, emphasizing not God’s anger at sin, but divine mercy.

The steadfast love of the Lord never ceases,

His mercies never come to an end;

They are new every morning;

Great is your faithfulness. (Lamentations 3:22-23)

Post hoc ergo propter hoc—“after it therefore because of it.” That’s a well-known saying, articulating a logical fallacy. The expression claims that because one thing follows another, the first was the cause of the second. But it is regularly not true; real life tends to be much more complicated than that. If Judah sinned and then the Babylonians destroyed the nation, the Deuteronomists like the prophet Jeremiah concluded the one caused the other. They were surely right about Judah’s covenant failures; and no one could deny the destruction the Babylonians wrought. But were they right that God sent such terrible destruction on Judah because of their sin? Certainly, earthly kings who are betrayed have and do act with such punishing vengeance. But the divine king, too?

The confident discernment of any causal relationship between a person or community’s relative state of well-being and their moral status is best left to prophets! The rest of us would do well simply to learn from Lamentations that sin and faithlessness are serious matters that demand serious attention—of course. But instead of being tempted to discern through a consideration of other people’s circumstances any iniquity and moral shortcomings that might have produced such a state, we would do better to cling to—and preach—daughter Zion’s confidence that the Lord’s “mercies never come to an end.”

Jesus is talking quality, not quantity

Sometimes, with the violence of the world raging around us, it feels like God has failed

Rather than giving up, we can focus on doing good with an eye toward the future