Rescue at the Sea

Crossing of the Red Sea and Miriam Dancing and Singing, from  Art in the Christian Tradition, a project of the Vanderbilt Divinity Library, Nashville, Tenn. Original source.
October 2, 2022 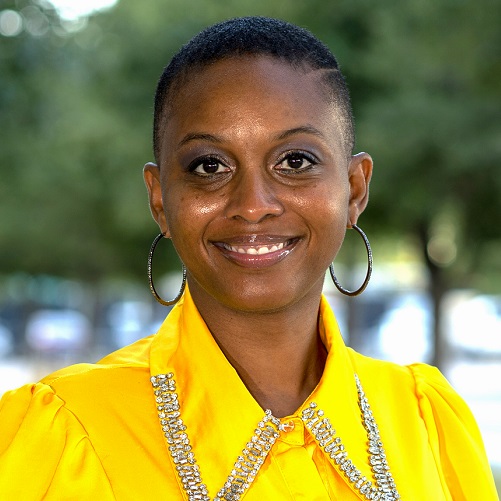 Exodus as a Universal Experience

The Exodus, one of the most significant events in Israel’s history, is read, interpreted, and appropriated in various ways by different cultural, ethnic, and religious groups, across generations, and with attention to a multiplicity of concerns. Many interpretations of the book of Exodus specifically foreground:

Perhaps the exodus motif resonates with many communities because of universal experiences of migration, oppression, exploitation, identity formation, traumatization, and liberation. All these themes intersect in the book of Exodus as the descendants of Abraham move towards the fulfillment of covenantal promises made by Yahweh as outlined in Genesis (12,15). One promise is to make Abraham’s seeds as numerous as the stars in the sky; another, to provide for them a land inheritance.

In Exodus 1, it is apparent that one facet of the covenant is being fulfilled: the Hebrews are increasing in numbers (verses 7, 9, 12, 20). As well, they are oppressed and living as enslaved aliens in a land that is not theirs, as indicated in Genesis 15:13. As vulnerable migrants, their increasing presence now threatens the Pharaoh, which leads to physical and genocidal oppression. Thus, the fulfillment of Yahweh’s covenantal promises is accompanied by widespread suffering: brutal enslavement and death.

Interpreters offer varying reasons for the exodus: to explain the character of divine power and the nature of divine presence, to expose the privileges and mechanisms of imperial power, to illustrate that God is on the side of the oppressed. In a monograph entitled Let My People Live: An Africana Reading of Exodus, Kenneth Ngwa maintains that the Exodus story makes a daring claim: that life can be created out of death, not just as a function of movement from one place to another, but also as a function of processes of redesign that transform—to various degrees— the structures of oppression: nationally, globally, and imperially.1 This thesis provides the orientation for the next two sections of this entry.

The Interconnectedness of Life and Death

Many themes come together in the exodus narrative: imperial domination, political violence, familial ruptures, displacement, isolation, genocidal death, ecological devastation, salvation, creation, wandering, wilderness, worship, and covenantal renewal. As we read through the Exodus story, sometimes imperial violence and the violence employed by Yahweh are indistinguishable. Many of the events preceding the exodus (chapter 14), namely the 10 plagues, are framed as an ecological/cosmological/eschatological/psychological battle to establish Yahweh as superior to the Egyptians (and their gods). Therefore, the plagues and the subsequent drowning of the Egyptians can be understood as an undoing of creation. This gives way for interpreting the exodus as an act of re-creation.2 Not only are human oppressors undone and ecological elements transformed to facilitate this undoing, but in the process, Yahweh transforms national, global, and imperial structures of oppression. Yahweh dismantles the empire, disposing of those who singled out, exploited, and endeavored to obliterate and erase the vulnerable bodies of God’s covenantal people.

Death, salvation/liberation, and creation are intricately woven together. In this story, to liberate the Israelites, Yahweh employs the death of the firstborn (mirroring the actions of the Pharaoh) and death of the Egyptian army facilitated by the sea. Death thus becomes the conduit of salvation and re-creation of the Israelites. As they migrate from one place to another: from Egypt, into the sea of reeds, into the wilderness, upon the mountain, and ultimately into Canaan, they are liberated and created anew. In transit, they shift from a colonized community to a post colonized tribal federation.

As the Israelites traverse geographical spaces in search of liberation, water becomes a key feature in the Exodus motif. The sea is a central character in chapter 14 as it collaborates with Moses and Yahweh, splitting so that the Israelites can cross over on dry land, guaranteeing safe passage. Then, when the Egyptians are in pursuit of the vulnerable migrants, the sea returns to its normal flow, covering the oppressors to their demise.

Yet, this is not the first or only time that water becomes a conspirator with freedom fighters. In the first chapter of Exodus, the Nile River/Mother Earth colludes with the midwives (Shiphrah and Puah), Moses’ mother, his sister Miriam, his adoptive mother, and her maids to save Moses’ life. Collectively, the female figures offer a model for addressing systemic violence against marginalized groups. The females offer gender-sensitive strategies to respond to threats and crises. Also, elements of the Earth (including the water, papyrus basket, bitumen, pitch, and reeds) provide sustainable resources and contribute to the transformation of the natural and social environment in which Moses and these female figures are embedded. Their collective action not only saves Moses’ life but creates social change for the most vulnerable in the society, ensuring cultural persistence.  Moreover, the collective actions of these freedom fighters effectively model liberation, which informs Moses’ identity as the liberator of the Israelites as depicted in Exodus 14.

Similarly, in Africana cultural memory, Minty, aka Harriet Tubman, is heralded as a liberator of enslaved Africans in the US context. Often dubbed the “Moses of Her People,” she too collaborates with waters and wilderness to ensure the freedom of enslaved and oppressed persons in diasporic and exilic settings. Traditionally known as the Underground Railroad, Harriett navigated marshes and woodlands to escort enslaved Africans to freedom. Like the function of the wilderness in Exodus, sites along the “railroad” served as temporary hosts to escapees endeavoring to gain their freedom. Harriet’s relationship to and knowledge of the ecological landscape contributed to her success. She, like Moses, traversed water terrains that could have killed them. The water, meant to be cruel to Moses and having been cruel to many enslaved Africans thrown overboard and swallowed by it during Maafa transit, groomed Moses and Minty for escape and for leading masses toward liberation.

Marshes, darkness, insects, all tools of Yahweh during the plague appear again on Minty’s liberation journey, assisting her in freeing her people. In an interview, Harriet proclaimed, “now I was free, there was such a glory over everything. The sun came like gold through the trees, and over the fields, and I felt like I was in heaven.”3 This proclamation elucidates the intersectionality of exoduses, abolitionist work, freedom, and collective action between God, Mother Earth, and human agents. The stories of the midwives, mothers, Miriam, Moses, and Minty teach us that exodus/salvation/creation requires collaboration.

God of salvation, you rescued the Israelites at the edge of the Red Sea. Rescue us from the things of this world that threaten our lives and livelihoods, so that we might forever place our trust in you. We pray these things in the name of Jesus Christ, our Savior and Lord. Amen.

Yahweh dismantles the empire
Print All Text Print All Commentary