A person’s salvation is highly a social matter, and vice versa 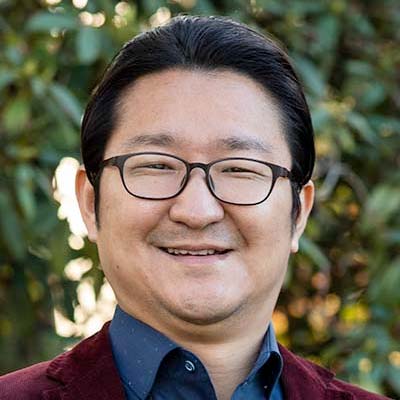 Most biblical scholars agree that 1 Timothy, 2 Timothy, and Titus are one unit written and circulated around the same time period, probably in 98-117 A.D. They are written to address post-Pauline problems brought by false teachers (1 Timothy 1:3), in the missional churches very likely in Asian Minor.1  Thus, as we will now read, study, and preach four passages from 1 and 2 Timothy for this week and the next three weeks, it is important to remember that the author of these letters has in mind those who have dissenting views about such Christian doctrines, (especially from the gnostic perspective) as resurrection, marriage, the role of women, and the church order. It is also good to recognize that in general the author encourages readers to adapt to (sound) prevailing social structure, expectations, and regulations, rather than disrupt them (as false teachers might have taught), which reflects that the early church at this point was being part of a social rubric beyond being perceived as a social disturber of the earlier time.

Given the aforementioned background of the letters, it is interesting that the author begins 1 Timothy with such a humble account as today’s passage. It seems that before refuting false teachers and misguided doctrines, he wants to show that he is not actually worthy of doing the task and that even he used to be one of those who “acted ignorantly” and persecuted the church (1 Timothy 1:13), which well reflects Paul’s actions as recorded in Acts 8. Thus, the author seems to want to state that he is refuting false teachers not out of hatred or indignation, but out of gratitude and sympathy (it is like “those false teachers deserve a second chance and the same abundant grace of the Lord!”).

For this week’s sermon preparation, it would be very helpful to ponder deeply over implications of Paul’s conversion into the Christian faith, which is a main thrust of the given passage. Among others, Paul’s conversion or being saved from sin (1 Timothy 1:15) seems to have strong social connotations beyond individual salvation. In a critical sense, Paul’s former life (again, appearing in Acts 2) seems to be a representation par excellence of bigger societal problems. Briefly, his former life would represent: 1) massive social entities that despise and destroy sound humanity through their unrelenting violence, 2) intolerant, privileged social structures that discriminate and persecute other neighbors and citizens having different religious beliefs, and 3) represent social entities that monopolize all political powers and economic resources over the poor and the marginalized in their communities. Recall that the early Christians Paul once persecuted and imprisoned were mostly living in their society’s invisible margins and corners; most of them had no palpable political, economic, social powers or status. In short, Paul’s conversion narrative in this passage seems to indicate a person’s salvation is highly a social matter, and vice versa.

This dual meaning of salvation may well align with the rest of 1 Timothy, in particular, regarding false teachers. If we follow the train of thought, we could easily imagine the author thinking that false teachers are not only hindering one’s individual salvation, but also that there is a great danger that they will generate social disorder or disruption by their mistaken teaching about God, society, and salvation, in stark contradiction of the post-Pauline church’s social adaptation.

Additionally, in terms of this passage’s social implications, it should be good to notice that whole-sale social adaptation does not seem to be an ultimate goal of the post-Pauline church even though it must have sought the social harmony and peace. Instead, verse 17’s bold socio-religious statement demonstrates the church’s ultimate vision for the world, “To the King of the ages, immortal, invisible, the only God, be honor and glory forever and ever”. Still living under the seizure of the Roman Empire—that asserted human Caesar as the only Lord over the empire and the only living son of the Roman deities, in tandem with worshiping many other deified idols, the author wants to recognize Jesus Christ as the true King and the only God. What a counter-societal, courageous proclamation!

As a sermon illustration, the story of South Africa’s Truth and Reconciliation Commission would serve well. It functioned as a court-like restorative justice body. Assembled in South Africa in 1996 after the end of apartheid and led by such figures as Nelson Mandela and Desmond Tutu the commission basically worked this way: The commission invited victims and witnesses of the hideous crimes that happened during apartheid (for example, rape, murder, abduction, arson attack, child abuse, racist attack, et cetera) to share their experiences. Then, the perpetrators of violence would give their own testimony and seek amnesty from both civil and criminal prosecution.

Even though the commission’s work had certain limitations and received criticisms, it well exemplifies individual restorations, societal implications, and vice versa, just like in Paul’s case. In addition, the end of apartheid itself is a fine example of critical social adaptation versus whole-sale adaptation. Christian figures like Tutu were not passive yielders to the dominant social powers under apartheid, but proclaimers of God’s kingship over society and realizers of God’s kingdom here on earth, which they must have believed would bring true harmony and peace in communities.

Finally, with this given passage at hand, preachers might want to point out false teachings and social orders that contradict sound Christian teachings and social aspirations (like Dr. King’s “Dream”) happening in today’s world. Of course, more on this subject will follow for the next three weeks, but still quick mentions of it would serve well as a heads-up or a good orientation for what is coming with more details.

While the return of sheep to the community is welcome, it also creates the possibility of resentment and conflict

Fear has short-circuited the people’s senses

In the Triune God—Father, Son, and Holy Spirit—there is mercy and forgiveness for all.

A person’s salvation is highly a social matter, and vice versa
Print All Text Print All Commentary