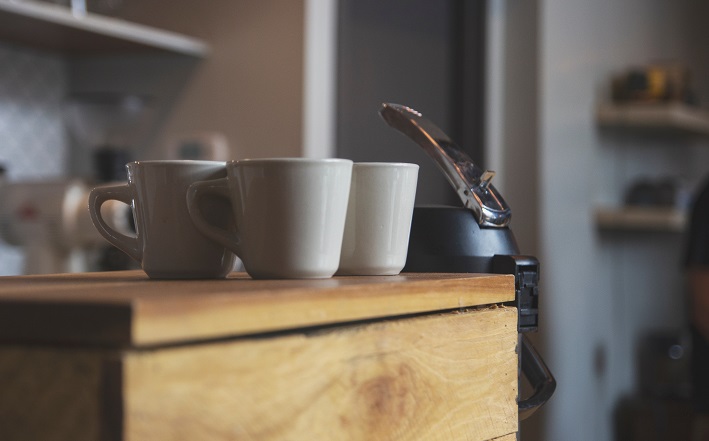 It is not only the novel coronavirus, with its threat to physical bodies and emotional well-being, but also the deadly viruses of systemic racism, sexism, ageism, or many other -isms that establish hierarchies of human value while infecting the communal bodies of the church and the world.

Facing up to the challenge

Conflicts fester (or explode) thanks to fear or misplaced loyalty, and people talk more about one another than they talk with one another. Stir into the congregational mix divided loyalties and power dynamics—not to mention the challenge of discerning what actually counts as sin (re: the one who “sins against you,” Matthew 18:15)—and it is tempting to throw one’s hands in the air about prospects for resolution, in spite of the three-step process outlined in this week’s reading.

Much of Jesus’ teaching in Matthew makes the prospects seem even more challenging.

As early as the Sermon on the Mount, his breakthrough public appearance in Matthew’s account, Jesus spells out a series of virtually unattainable expectations for those who are being “trained for the kingdom of heaven” (see also Matthew 13:52). If you are angry with a brother or sister, you will be liable to judgment (Matthew 5:22) … If your right eye causes you to sin, tear it out and throw it away (5:29) … Do not resist an evildoer (5:39) … Love your enemies (5:44) … Be perfect, therefore, as your heavenly Father is perfect (5:48).

Jesus sets the bar high and does not let his followers off the accountability hook. But his pledge to be present with them through whatever comes is a promise that empowers them to live into their calling.

Jesus encourages the church to be a community that nurtures honest dialogue and refuses to keep silent in the face of behavior that harms others. By hearing this passage in its narrative context, we might note that its primary function is less to define a universal, three-step process of conflict resolution (as if following the steps will produce guaranteed results), and more to model how to walk alongside and protect those who are being disempowered or made vulnerable, enabling them to speak so that others might hear.

The passage is situated shortly after Jesus’ exhortation to exhibit concern for the “little ones,” those who are afforded the least power within the dominant community (Matthew 18:1-9). Jesus focuses attention on their vulnerability by centering a child “in the middle” of the disciples. He proclaims that it would be better to be thrown into the sea with a millstone around one’s neck than to place a “stumbling block” before such a one. It is a strong indictment against attitudes and practices that obstruct human flourishing for all of God’s children, regardless of chronological age. In today’s parlance, perhaps Jesus might have said to the disciples, “Check your privilege, people.”

Immediately before our passage, Jesus connects these “little ones” to the parable of the sheep, for whose sake the shepherd leaves 99 in order to seek the one (Matthew 18:10-14). In Matthew’s version of the parable, there is no hint that the single sheep is more sinful than the 99, nor that it is in any way inferior to the others.1 It has simply been “led astray.” No cause is given, and the gap leaves space for the preacher’s imagination. Perhaps the 99 blocked access to food or a safe place to sleep or in some other way prevented the one from thriving. Just as the child matters to Jesus, the lone sheep matters to the shepherd.

Both teachings focus the church’s attention on those who face the larger risks, or have the least power and the most to lose, or who find themselves to be in a dangerous or vulnerable situation—often through no fault of their own. The process of truth-telling and accountability enjoined in this passage best takes place with careful attention to the church’s call to protect the disempowered and/or vulnerable ones, walking alongside in solidarity as they speak up about the harm they have experienced.

Preachers must keep in mind that it may be unsafe and perhaps even life-threatening for one person to call out the sin of another when the two are alone (Matthew 18:15). Too often the burden for initiating a “Matthew 18 process” falls upon one whose life or livelihood is on the line. Given the context, Jesus’ point seems to be that insofar as it is possible, his followers are responsible for assuring accountability while also safeguarding those who are most vulnerable or at risk.

Is there any ministerial leader today who has not known the destructiveness of secrets and hushed conversations when people refuse (or are unable) to speak honestly to one another about their interactions? Small issues become big; big issues become catastrophic. One solution is clear and open communication, but that requires as much listening as it does speaking.

Perhaps that is why the process outlined in our pericope involves hearing or listening at every step.2 Four times in the first three verses, Jesus makes reference to listening or refusing to listen. The repetition suggests that the call to hear one another, to listen closely to the truth of the other, is a vital component of a community grounded in the ways of Jesus.

Recognizing the capacity to do harm

For many people, it is easier to identify the ways they have been harmed than it is to recognize the ways their actions can harm others, even if unintentionally. Perhaps one of the most difficult truths of this passage is a reminder of the human capacity to cause harm to others—both in the systems in which we participate as well as in our personal actions (or failures to act).

Jesus promises not to desert his disciples as they face that difficult truth and practice living more fully into the communities that God calls into being. After all, he is present wherever two or three are gathered in his name, a name that means “God with us,” who saves people from their sins (Matthew 1:21, 23). The power for his followers to be transformed is available for the asking, as promised. “Truly I tell you, if two of you agree on earth about anything you ask, it will be done for you by my Father in heaven” (Matthew 18:19).