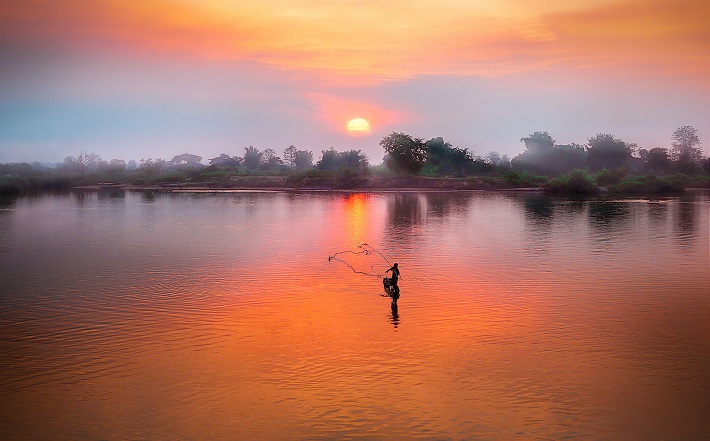 To complicate the interpretive challenge, the complex acrostic structure of the psalm coupled with its seemingly repetitive emphasis on tora can leave one stymied at best, or perhaps worse, somewhat jaded as to its homiletical possibilities. At the beginning of the 20th century, noted German scholar Bernard Duhm puzzled over the length of this psalm (and its content) and concluded that this psalm is the “most empty product that has darkened a piece of paper.”1 Such an assessment, however, fails to grapple with the theological undercurrents of tora. This intense reflection on God’s instruction invites us into the rich intersection between theological anthropology and theology proper; it invites us into the space where our understanding of the human condition finds its response in God’s faithful work through God’s word. If, in our preaching, however, we fail to lead people to that same intersection, we run the risk of trivializing what it means to be a people of God’s word.

Tora as active not acted upon

Regrettably, some have diminished the notion of tora so that it means little more than a “set of rules” to be obeyed; for some, tora is simply something we “do.” Such an obligatory sense of tora undercuts its transformative capacity on us—or perhaps better yet, God’s capacity to transform us through it. James Mays reminds us that “in the psalm’s understanding of God’s way, tora is the means by which the LORD deals with human beings and they with the LORD.”2 As the Israelites leaned into God’s tora, they did not lean into a set of “laws” to be followed, but instead they leaned into a God who sought to shape his people through his word. Perhaps our first homiletical move in dealing with this text is to invite our congregants to adopt a more vibrant understanding of tora. Following tora, following the ways of God, can never be construed as legalism. To the contrary, following this God always leads to life, a transformed life.

In the opening line of our text, the psalmist declares that God’s decrees are pele’, “wonderful.” At first glance, such a confession sounds merely descriptive, similar to how one might say a painting is “beautiful.” But by invoking this term, the psalmist is saying much more. The noun pele’ is used more than 33 times in the Psalter, most often in reference to God’s “wonder-filled work” in delivering Israel out of Egypt. But here we might do well to pause and remember. God did not liberate a random group of people from Egypt so that they could one day become his people, but instead, he liberated his people from Egypt so that they might live into their identity as the people of God. The “wonder-filled” work of God always seems to move in that trajectory—God liberating us so that we might discover our identity anew. The psalmist confesses that God’s instructions have this same liberating “wonder-working power” and that is why “my soul keeps them” (verse 129).

In light of the first line, perhaps a second homiletical move might be to consider the places where the wonder-filled work of tora, the word of God, intersects with human life. When in darkness, God’s ways bring forth the light (verse 130). When in uncertainty, God’s decrees point us down right paths (verse 130). When weary-worn from searching, God’s instruction renews us. These all seem like simple truisms, perhaps too simple to even mention to your congregation. But in the congregation where I minister, darkness, weariness, and uncertainty remain unabated and people are panting in pursuit of a liberating word from God. Their lives are not where they want them and they long for a sense of the divine pele’ that is at work in them and on them.

The world in light of the tora

God’s instruction not only transforms us, but it transforms how we see the world. There are those who might assume that careful attention to God’s instruction could lead to a sense of pious rigidity that places us over and against the world around us. Contemporary examples of such a mindset need not be called out because they are so pervasive within Christian circles. But not so with this psalmist. Rigidity is replaced with tears. In Hebrew, the word for tears is peleg. This entire stanza is the pe stanza in this lengthy acrostic poem and consequently, the first word of each line begins with a pe. Perhaps we would do well to pause and consider the juxtaposition between the first word in the opening line and the first word in the closing line, between pele’ and peleg, between wonder-filled and tears. When God has God’s way with us and his instruction begins to form and transform our lives, then we see the world as it is and we long for it as it could become. We do not simply long for people to “obey God’s law;” that is much too facile. Rather, we long for the wonder-filled work of God’s instruction that liberates us and frees us (verse 134), even as it satiates us (verse 131), to be extended; we long for that work to have its work on the world around us.