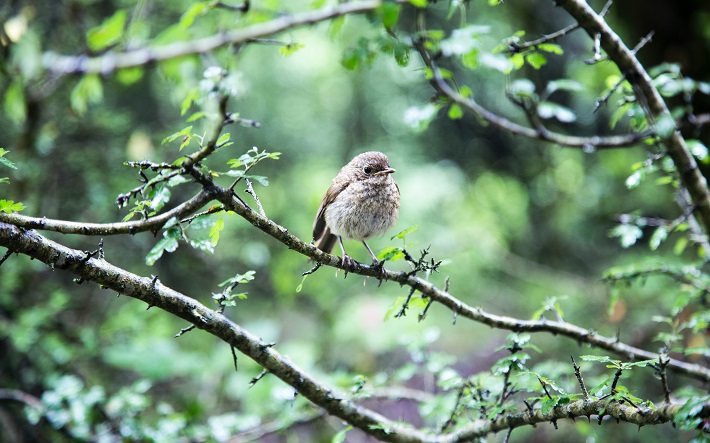 An unjustified chewing out hurts more deeply, but even when we can see our shortcomings, a chewing out raises our hackles. We will fume, and feel the hurt; we will use whatever strategies we have developed to cope with a verbal attack. We eventually will move on from the chewing out, but some pain will linger, and the moving on will not come easily.

In Jeremiah 20, God stands on the receiving end of a chewing out. The prophet does not hold back his anger or his accusations. The prophet does not express his emotion in what a mental health professional might consider an appropriate way. He does not claim his feelings as his own. He does not start off by saying, “God, I feel angry at you right now.” Jeremiah begins with a second-person accusation. “You have enticed me, and I was enticed.” The word “enticed” carries multiple connotations. In Deuteronomy 11:16, it refers to the seduction of idolatry. It occurs in the idea of both a woman seducing a man (Job 31:9) and man seducing a woman (Exodus 22:16).

We think of situations where a person drops guard and becomes vulnerable. That fits with Jeremiah’s admission that he was enticed. Jeremiah makes the accusation that God found a vulnerability in the prophet and exploited it. Jeremiah points the finger at God. The reader might see an irrational dimension to Jeremiah’s charge. An enticement, a seduction, a con job usually has some purpose. Jeremiah does not say what he thinks God’s purpose in enticing him might have been. What did the prophet think God wanted out of him, that God would seduce him? The other image in this part of the passage implies an adversarial relationship. God has “prevailed” as in a fight (see the same term in Jacob wrestling with the “man” in Genesis 32:25). Jeremiah seems simply to lash out, giving full vent to his pain and frustration.

Jeremiah describes the problems obeying God has caused him. He has become an object of ridicule. The first part of the chapter relates the punishment of Pashhur for Jeremiah. Beyond that, Jeremiah expresses his frustration that the people do not listen to his message. The predicted defeats and divine punishments have not happened. The people think he doesn’t know what he is talking about.

A transition begins in verse 9. The prophet wants to walk away, but cannot. He describes the claim of God’s call on him with a powerful image, that has become a well-known phrase. Jeremiah does not have a “fire in the belly,” but a fire all the way down in his bones (for a similar image, see Psalm 39:3). Jeremiah’s precise experience eludes the reader. Does he become convinced of the truth of the message? Does he realize the divine claim on him? In any case, his compulsion to preach the message given to him outweighs the trouble it has caused him. He cannot extinguish or even contain the passion within him.

Whatever has happened within the heart of the prophet, he now sees his situation differently. The verbal assaults from even his friends have continued. Nevertheless, he considers God an ally in the battle instead of seeing a battle on two fronts, with God as one combatant. The reader may wince at the vindictiveness of Jeremiah’s new attitude. He does not seem to want God to open the eyes and ears of his opponents, but to punish them. The prophet may have found new courage and conviction for preaching his message, but he has not found any Lincolnesque charity or lack of malice. He has made progress, but he has not vanquished his anger. He has directed it toward another target.

What should we do with verse 13? It doesn’t seem to fit. The language of the verse, with the rather generic term “the needy” suggests that an editor found it elsewhere and placed it here. The difference in tone also supports this idea. In any case, either Jeremiah himself or an editor thought the verse fit. That the chapter goes immediately to verse 14, with its continued complaint and lamentation reminds the reader that newfound confidence in God can seem fleeting. We don’t always come to an epiphany and stay there. We want to identify with Jeremiah’s new conviction, but we certainly identify that we can start in lamentation, find new trust in God and then plunge back into lamentation.

Certainly, preachers themselves have stood in the prophet’s shoes. Whether the cause derives from a behind-the-back-gossip trail to rejection of a woman’s voice from the pulpit, to unchristian attitudes among church members, the preacher has felt the prophet’s anguish, even if preachers might not use the language of enticement.

Of course, the preacher must proclaim a word to the church. Have not the members of the congregation experienced frustration in church work? Have they not felt as though church work accomplishes nothing? Has any church leader escaped from criticism? Haven’t most church officers experienced the temptation to resign over the hard work with little appreciation? Have not church members felt anguish over the suffering of the world and the seeming helplessness of the church? Haven’t church leaders had to soothe the sting of betrayal?

Jeremiah can enable the preacher to speak to the feelings of frustration, exhaustion, hurt, and exasperation, even anger that come from lay ministry. The preacher can speak to the things that create new commitment when we feel discouraged. The preacher can lead the congregation to claim God’s solidarity with them in their mission to the world, even if the world sometimes spits in their face.