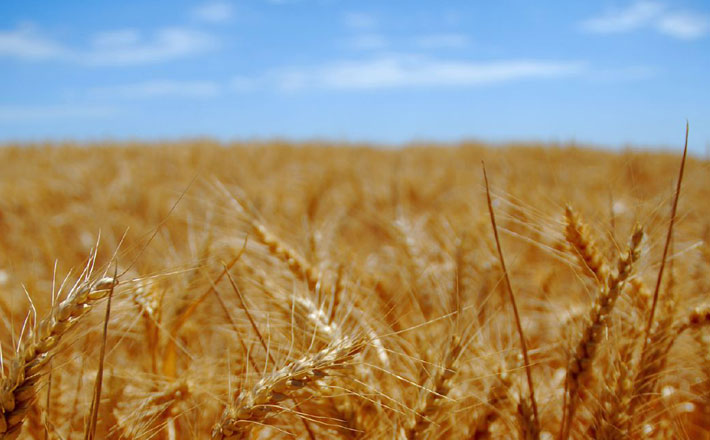 But when the narrative turns to introducing this Jesus and his ministry, we discover that the story and its implications are not so simple. The first words out of Jesus’ mouth proclaim that the good news about God is that God’s kingdom has now drawn near and he calls for his hearers to “turn their lives around” and “live lives of trusting in the good news” (repent and believe, Mark 1:14-15). As Martin Luther well recognized in the first of his 95 Theses, the present tense of these two verbs indicates that this call is not about a one-time event, but points to an ongoing change of life that is constituted in the good news of the kingdom.

This talk about the kingdom doesn’t just begin the gospel; it is a major theme that breathes through all of Mark’s gospel (some 17 times at least, and mostly in these opening chapters), and in fact in all of the Synoptic Gospels. But as every careful reader of the New Testament knows, the kingdom is not about geography or some static place; it is about the dynamic reality of God’s presence and power within the creation and within the lives of God’s people. In its talk about the kingdom the gospel means to announce that in this Jesus and his ministry, God’s presence and rule have taken on a new dimension and power among us. In this coming kingdom other claimants to power, such as the power of Satan and the demonic, are being challenged, as the opening chapters of Mark — and last Sunday’s gospel, for example — have reminded us again and again.

Though not included in Mark’s gospel, Matthew and Luke both tell us that Jesus taught his disciples to pray in a way that acknowledged this presence of God, to pray “let your kingdom come,” a command of Jesus to which Christians down through the centuries have been more obedient than to any other. But as Martin Luther well recognized in his familiar explanation of this petition in the Small Catechism, when we pray for this kingdom to come, it is as much about us as about God. As Jesus promises at the beginning of Mark, the kingdom is already at hand. “God’s kingdom comes on its own without our prayer, but we ask in this prayer that it may also come to us.”

Talk of the kingdom then has to do with how we will hear this Jesus and how his coming and presence among us will effect and shape our lives, if we would really hear his call to “follow” as his disciples and journey with him. Not surprising then that Mark, the earliest of the gospels, gathered what he saw to be some of the heart of Jesus’ teaching about the kingdom. This collection takes up a good portion of chapter 4, of which our reading for this Sunday is the single opportunity to ponder in the course of our Pentecost journey with the lectionary.

Everything is in Parables

So if the message of Jesus and his talk about the kingdom of God are so important, Mark’s conclusion to the collection of Jesus’ teaching in Mark 4:1-34 and also the conclusion of today’s gospel reading come as a somewhat shocking announcement. “With many such parables he spoke the word to them … and he never spoke to them without using parables” (vv. 33-34). Apparently, there is something so important and so key to the understanding of this life of repentance and faith to which Jesus calls us that its character cannot be faced straight on, but can only be contained in the hidden or secret language of parable. So Jesus speaks of the kingdom as being like a sower who sows seed extravagantly and wastefully on different kinds of soil. When the disciples seem confused and ask about the parables, he responds by saying the parables have to do with the “secret” of the kingdom, which is being “given” to them in a special way (Mark 4:10-12). It is a kind of secret that has to do with “all the parables” (13). It is a kind of hiddenness that belongs to the message of the kingdom (22) and demands as well a special gift of hearing that enables us to comprehend its import for our lives.

To this world of hiddenness and secrecy belong the two parables of today’s reading. In the first parable we hear that “the kingdom is like scattering seed,” but then the seed grows secretly “he does not know how.” And yet the seed grows and the harvest surely comes (29)! It is a world in which we might be forgiven if we are just a bit uncomfortable. Do you really mean to say that the kingdom comes without our “doing” anything? Apparently, both Matthew and Luke are uncomfortable with this world as well; they omit this parable and in fact all of the hiddenness or secrecy language from their rendition of this parable material (see Matthew 13 and Luke 13). This should at least be a warning that we need to read Mark with some care here.

What remains clear in this view of the kingdom is that it is a marvelous thing and it is not really under our control. The parable of the mustard seed calls attention to the surprising contrast between the small size of its beginnings and the large shrub, which is the fruit of its growth (30-32).

What’s Not to Know?

The secrecy and hiddenness that accompany this message of the kingdom are not invitations to despair. On the one hand they do point to the crucial matter of our hearing. How will we hear and respond to this teaching and this promise of God’s presence and rule among us? At least four times in the collection (9, 20, 23, 33) Jesus calls attention to the importance of “hearing” as a key factor in the life of repentance and belief shaped by this good news of the kingdom. Apparently, disciples are called to trust that along with the message and presence of God in this Jesus, those who respond can trust they will need special ears to be able to comprehend the implications for their lives if they should follow this Jesus.

On other hand, along with the clear call for good ears, comes the promise that even here we rely on the gift of God in this Jesus. Earlier in the chapter Jesus promises his disciples, “to you has been given the secret of the kingdom of God” (11), and then he proceeds to interpret carefully the implications of the parable of the sower for them (13-20). In today’s reading we are told that he “explained everything in private to his disciples.”

We are not left without resources. We have the message of the kingdom. We have good ears. And we have the promise of Jesus that along with the call to repent and believe the good news, God in Jesus continues to equip and shape us as hearers who have all we need as God hears our prayer and the kingdom continues to take shape among us and in our world.