Far from static or distanced, Yahweh reacts to humankind’s actions

In this post-election year we find ourselves in a deeply divided country with multiple factions advancing strong objections against each other. With the narratives of Saul and of David, Scripture frames the question of just or ungodly rulership in a bold contrast. Its theological intent is to exactly define responsibility and the origin of the mandate of the king’s rule. For that prophetic purpose, they point to the role of God’s spirit as the affirmation and guide of a leader. How might reading these narratives with their contrasting character constellations provide us with insight into our factionalism? Could interpretations of these scriptures promote, in whatever possible local way, any healing of the fractures of this country’s predetermined breaking points?

God’s regret over having made Saul king in 1 Samuel 15:35 is set next to two other aspects: Saul’s rejection (1 Samuel 16:1) and God’s providence for David (1 Samuel 16:1,7), including his subsequent anointment (1 Samuel 16:13). God’s harsh and sobering verdict seals the evaluation of Saul’s luckless kingdom. Taken by itself such rejection may seem as an arbitrary judgment, yet it is the result of a long development. This comment about God’s regret in the first book of Samuel considers Saul’s shortfall from a bird’s eye view and as the consequence of a general troublesome disconnect between God’s rule and the king’s unbridled hubris.

Last Sunday’s pericope points out how before Saul was chosen, the very idea of a monarchy appeared to be an ungodly institution, and God declared: “They have rejected me from being king over them” (1 Samuel 8:7). Once the first Israelite monarch’s weak sides have become fully apparent, with his incapability of following through with a clear order, the verdict of 1 Samuel 15:35 is the result. Saul’s failure only foreshadows the opposite portrayal of an ideal King David whom God selects as successor against the Philistines, the arch enemy.

The short phrase, “Yahweh regretted (niḥam, nif’al) that he made Saul king over Israel” takes us into God’s pondering and decision making. Saul has proven incapable of executing the ban against the arch enemy (the Amalekites, see also Deuteronomy 25:17, 19), forcing Samuel to bring the task to an end. Saul’s failure moved Yahweh to “regret” (1 Samuel 15:11b, 35; see also verse 29), as both the heading and the conclusion of the story emphasize. In Hebrew, Yahweh regrets (Septuagint deponent passive metamelomai “to repent oneself”) designates the moment when he questions Saul’s installation as king, even though 1 Samuel 8:22 and 12:1 have pointed out that Samuel or the people respectively made him king. Now that Saul has “turned away from Yahweh,” having failed to carry out God’s word (1 Samuel 15:11), a door closes.

In the history of Israel, from the viewpoint of the prophets, God’s rejection of the monarchy of Saul anticipates the series of shortfalls of subsequent kings. The cutting short of Saul’s effort to found a dynasty in the territory of what would become the northern kingdom Israel anticipates the fate of the entire line of kings from the northern kingdom. Yahweh’s regret in 1 Samuel 15:35 sums up anticipatorily the verdict over centuries of frustration with the Israelite dynasties in 1 Kings and 2 Kings, using Saul as the ideal-typical northern king of Israel at the moment when David’s rule begins.

Rather than molding Yahweh’s regret as the hallmark of a fickle, inconsistent deity, it points to an inner move of God. It condenses a critical insight about Israel’s God: far from static or distanced, Yahweh reacts to humankind’s actions. At the outset, Yahweh has explicitly supported Saul’s installation as king. Israel in hindsight recognizes God’s inner move to regret over Saul. Such insight of Yahweh’s “regret” over Saul is best juxtaposed to God’s promise that as long as the earth endures (see Genesis 8:21-22), he would never again “regret” as once before, when God erased all humans because they “grieved him to his heart” (see Genesis 6:6-7). God’s regret specifically over Saul’s kingdom is thus embedded into God’s overarching whole-hearted affirmation to all of humankind.

David’s selection and anointment through Samuel

The new monarchy may not present itself with the loud fanfares of official proclamation. To the contrary, this kingdom begins in a concealed meeting in the intimate circle of Jesse’s village and family in a personal offering ceremony so as not to stir Saul’s suspicion. The choice of Jesse’s sons culminates in the anointing of the youngest, inviting us to heed small beginnings and fostering suspicion over bold and proud proclamations of royal grandeur. The contrast between the rulers could not be more stark: Saul’s rejection versus the selection of David, and the public presentation of Saul versus David’s election in the mode of the future ruler’s hiddenness, even as the future success of David’s rule will become publicly visible in Judah.

Yahweh’s choice for David is based on hidden criteria, such as the center of an individual’s intention and intellect, the “heart,” versus their physical appearance (for instance, Saul’s height; see 1 Samuel 9:2). The text draws out the latter contrast further with David who, while young, is characterized through the “ruddiness” (red-brown color; see also Esau in Genesis 25:25 at birth) of his skin tone that may refer to the shepherd’s exposure to the sun or allude to his blush of youth or health. The succinct narrative describes David’s actual anointment and, with God’s spirit resting on David, introduces a form of the reassurance of God’s presence for David throughout his rise to power from 1 Samuel 16 to 2 Samuel 5 (see 1 Samuel 16:18; 18:12, 14; 20:13).

We witness how God sides with the small-scale Judah and a ruddy, modest, shepherd boy as future ruler, demonstrating God’s commitment to youth when taking up leadership. God regrets Saul’s kingdom and commits to a humble, small-scale leadership that heralds a dynasty that (ideally) questions grandeur and privilege. Leadership appears as a form of humble service, shaped by the awareness of its limitations.

The divine power to give and to take life, to build up and to tear down

Far from static or distanced, Yahweh reacts to humankind’s actions

Live out that same love, which seeks the good and growth of others
Print All Text Print All Commentary 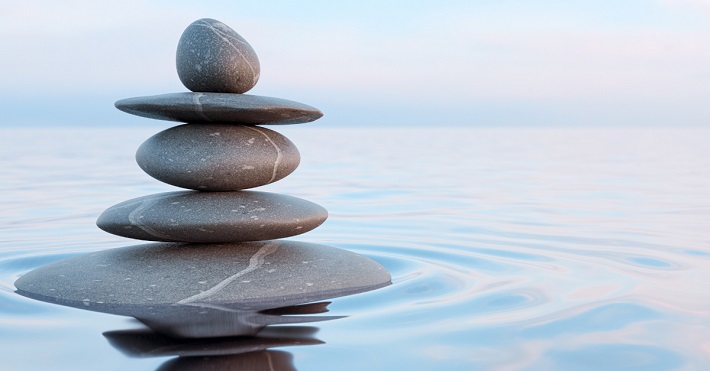